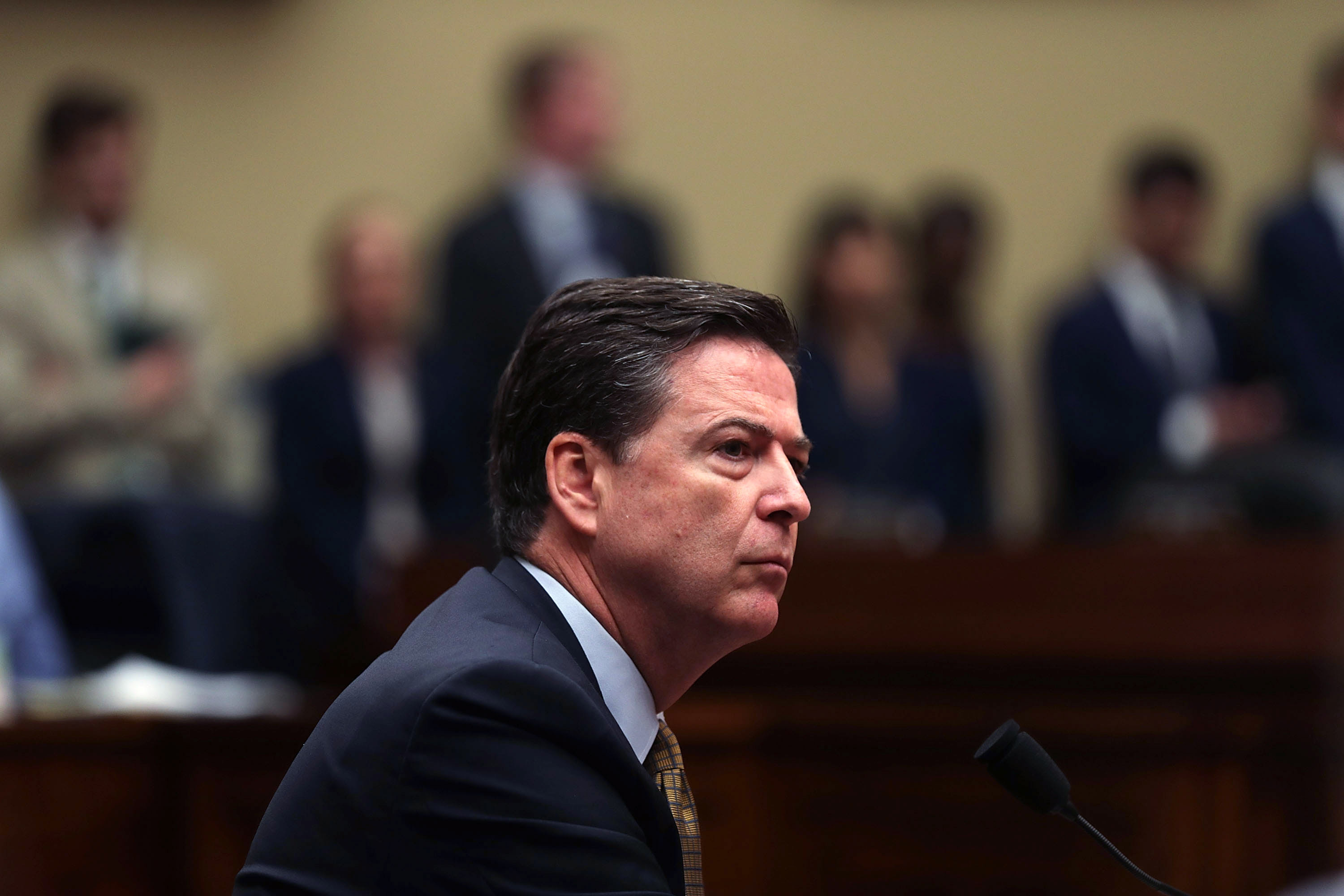 
A secret document that officials say played a key role in then-FBI Director James B. Comey’s handling of the Hillary Clinton email investigation has long been viewed within the FBI as unreliable and possibly a fake, according to people familiar with its contents.
In the midst of the 2016 presidential primary season, the FBI received what was described as a Russian intelligence document claiming a tacit understanding between the Clinton campaign and the Justice Department over the inquiry into whether she intentionally revealed classified information through her use of a private email server.
The Russian document cited a supposed email describing how then-Attorney General Loretta E. Lynch had privately assured someone in the Clinton campaign that the email investigation would not push too deeply into the matter. If true, the revelation of such an understanding would have undermined the integrity of the FBI’s investigation.
Current and former officials have said that Comey relied on the document in making his July decision to announce on his own, without Justice Department involvement, that the investigation was over. That public announcement — in which he criticized Clinton and made extensive comments about the evidence — set in motion a chain of other FBI moves that Democrats now say helped Trump win the presidential election.
But according to the FBI’s own assessment, the document was bad intelligence — and according to people familiar with its contents, possibly even a fake sent to confuse the bureau. The Americans mentioned in the Russian document insist they do not know each other, do not speak to each other and never had any conversations remotely like the ones described in the document. Investigators have long doubted its veracity, and by August the FBI had concluded it was unreliable. FBI Director James B. Comey makes a statement at FBI headquarters on July 5. (Cliff Owen/AP)
The document, obtained by the FBI, was a piece of purported analysis by Russian intelligence, the people said. It referred to an email supposedly written by the then-chair of the Democratic National Committee, Rep. Debbie Wasserman Schultz (D-Fla.), and sent to Leonard Benardo, an official with the Open Society Foundations, an organization founded by billionaire George Soros and dedicated to promoting democracy.
The Russian document did not contain a copy of the email, but it described some of the contents of the purported message.
[From Clinton emails to alleged Russian meddling in election: The events leading up to Comey’s firing]
In the supposed email, Wasserman Schultz claimed Lynch had been in private communication with a senior Clinton campaign staffer named Amanda Renteria during the campaign. The document indicated Lynch had told Renteria that she would not let the FBI investigation into Clinton go too far, according to people familiar with it.
Current and former officials have argued that the secret document gave Comey good reason to take the extraordinary step over the summer of announcing the findings of the Clinton investigation himself without Justice Department involvement.
Comey had little choice, these people have said, because he feared that if Lynch announced no charges against Clinton, and then the secret document leaked, the legitimacy of the entire case would be questioned.
From the moment the bureau received the document from a source in early March 2016, its veracity was the subject of an internal debate at the FBI. Several people familiar with the matter said the bureau’s doubts about the document hardened in August when officials became more certain that there was nothing to substantiate the claims in the Russian document. FBI officials knew the bureau never had the underlying email with the explosive allegation, if it ever existed.


The secret intelligence document has attracted so much attention recently that Sen. Charles E. Grassley (R-Iowa) asked Comey about it during the director’s final public appearance in Congress as FBI director before he was fired.
Source>https://www.washingtonpost.com/world/national-security/how-a-dubious-russian-document-influenced-the-fbis-handling-of-the-clinton-probe/2017/05/24/f375c07c-3a95-11e7-9e48-c4f199710b69_story.html?hpid=hp_hp-top-table-main_fbi-340pm%3Ahomepage%2Fstory&utm_term=.11d51981468e
Posted by theodore miraldi at 8:20 AM