Globalism Gone OFF the Rails 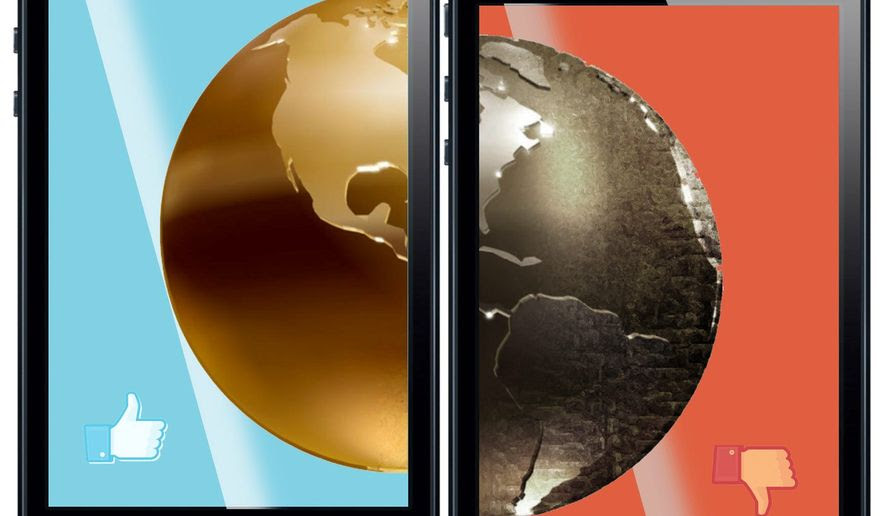 Illustration on the failures of globalism by Alexander Hunter

ANALYSIS/OPINION:
PRAGUE | The West that birthed globalization is now in an open revolt over its own offspring, from here in Eastern Europe to southern Ohio.
About half of the population in Europe and the United States seems to want to go back to the world that existed before the 1980s, when local communities had more control of their own destinies and traditions.
The Czech Republic, to take one example, joined the European Union in 2004. But it has not yet adopted the euro and cannot decide whether the EU wisely prevents wars of the past from being repeated or recklessly strangles freedom in the manner of the old Soviet Union — or both.
In places devastated by globalization, such as southern Michigan or Roubaix, France, underemployed youth in their mid-20s often live at home in prolonged adolescence without much hope of enjoying the pre-globalized lifestyles of their parents.
Eastern Europeans are now discovering those globalized trade-offs that are so common in Western Europe, as they watch rates of marriage, homeownership and child-rearing decline.
One half of the West — the half that lives mostly on the seacoasts of America and Western Europe — loves globalization. The highly educated and cosmopolitan “citizens of the world” have done well through international finance, insurance, investments, technology, education and trade, as the old Western markets of 1 billion people became world markets of 6 billion consumers.
These coastal Westerners often feel more of an affinity with foreigners like themselves than with fellow countrymen who live 100 miles inland. And they are not shy in lecturing their poorer brethren to shape up and get with their globalized program.
Late-20th-century globalization — a synonym for Westernization — brought a lot of good to both poorer Western countries and the non-Western world. Czech farmers now have equipment comparable to what’s used in Iowa. Even those who live in the Amazon basin now have access to antibiotics and eyeglasses. South Koreans have built and enjoyed cars and television sets as if they invented them.
But all that said, we have never really resolved the contradictions of globalization.
Does it really bring people together into a shared world order, or does it simply offer a high-tech and often explosive veneer to non-Western cultures that are antithetical to the very West that they so borrow from and copy?
An Islamic State terrorist does not hate the United States any less because he now wears hoodies and sneakers and can text his girlfriend. More likely, Western fashion and high-tech toys only empower radical Islamic hatred of Western values.
If an airport in Denver looks like one in Beijing, or if a grenade launcher in Syria seems similar to those used at Fort Bragg, are China and the radical Islamic world therefore becoming more like the United States? Or are they adopting Western ideas and weapons while accentuating their far deeper cultural and historical differences?
Iran is desperate for nuclear technology originally spawned from the “Great Satan” in order to better destroy the Great Satan.
Another paradox of globalization is a new passive-aggressive attitude inside the West.
Elites who benefit from Westernized globalization often gain enough wealth and leisure to have the latitude to trash it — almost as a way of dealing with their own guilt over their exalted status.
At no time in the history of Western civilization have American college students ever been so pampered — with latte bars, trauma counselors, rock-climbing walls and upscale student unions — and yet so critical of the very global civilization that guaranteed them such bounty.
Those in the former Third World constantly berate the West for its supposed sins of imperialism, colonialism and exploitation, while millions of their own citizens risk their very lives to cross the Mediterranean or the U.S.-Mexico border to enter and live in the West.
Is the message, “I hate the West, so please let me in”?
The cult of multiculturalism is also a paradox.
Under globalization, the West seeks to spread its values along with its iPhones, as if Western values were far preferable to the alternatives.
But a chief tenet of globalized multiculturalism is to not judge other cultures by “arbitrary” Western standards. Many Western elites implicitly believe that their own ideas about democracy, treatment of minority groups and equality under the law are superior to the alternatives elsewhere — and some expect the rest of the world to eventually look like Malibu, Palo Alto or the Upper West Side of Manhattan.
So if Iran or Chechnya oppresses gays, or if traditional Arab societies institutionalize female genital mutilation, are they homophobic and misogynist, or merely different?
And do Westerners look the other way at phobias and oppression abroad, even though they would never do so at home?
In truth, globalization is a mere amphetamine. It speeds things up and alters superficial behavior. But let us not fool ourselves into thinking that globalization has fundamentally altered the nature and culture of those it hooks.
Source>http://www.washingtontimes.com/news/2017/may/24/globalism-crushed-traditional-lifestyles/
Posted by theodore miraldi at 7:47 AM