Guilty of HATE Until Proven LEFTIST

On campus and in the newsroom, insanity knows no bounds 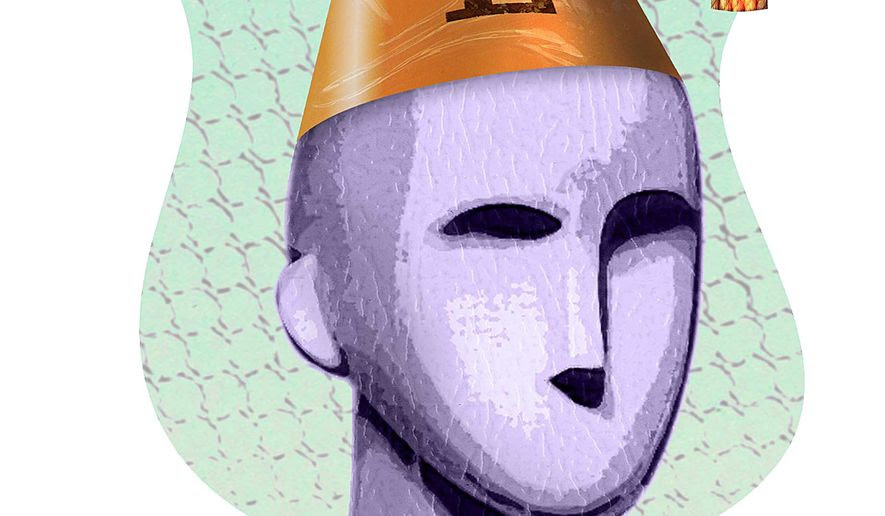 
ANALYSIS/OPINION:
It’s hard to say which is farther gone — college campuses or “mainstream” media.
Over the past few days, campus incidents illustrating leftist intolerance and brutality have peppered the news. At the same time, The Washington Post (actual motto: “Democracy Dies in Darkness”) is living up to its growing “fake news” reputation.
First, the colleges. At Bethune-Cookman University’s commencement on Wednesday, U.S. Education Secretary Betsy DeVos was booed throughout her address and many graduates turned their backs on her. Apparently, free speech and good manners are not part of the academic experience at the historic black college in Daytona Beach, Fla.
Mrs. DeVos’ main crime is that she’s part of the hated Trump administration. That’s enough to trigger the heckler’s veto.
Since the 1960s, colleges have been in the grip of leftism, which is distinguished from liberalism by its predictable Marxist cant and taste for violence. Disagreement is “hate speech.”
This stuff percolates down. Elite universities set the tone, and others follow or risk being expelled from the leftist bubble.
On May 23, Harvard University, which once championed a colorblind society, will stage an all-black graduation ceremony. More than 120 students have registered for the event, which Courtney Wood, a master’s degree candidate in education policy and management (God help us), more or less defined as revenge for having to live in the fascist United States and attend this hellhole.
“There is a legacy of slavery, epistemic racism and colonization at Harvard, which was an institution founded to train rising imperialist leaders,” said Ms. Wood. Harvard was founded by the Puritans in 1636 to train Christian clergy. Same thing, right?
All-black graduation ceremonies will be held at several other universities, including Stanford, which is staging its version on June 17, the same day as Stanford’s “LGBT graduation.”
When I was a media fellow at Stanford’s Hoover Institution during the 1990s, black activists were demanding all-black dorms. The student newspaper cheered this as a victory for “diversity,” helping to transform segregation from a societal evil into a societal good.
Currently, the University of Arizona is offering students $10 per hour to act as “Social Justice Advocates,” snitching on those who fail to spout leftist orthodoxy. This is right out of Mao’s Cultural Revolution. All that’s missing are the dunce hats placed on the unfortunate victims paraded through China’s streets.
The informants’ job is to ferret out “diversely insensitive behavior,” according to an online description uncovered by CampusReform.org. “The position also aims to increase understanding of one’s own self through critical reflection of power and privilege, identity and intersectionality, systems of socialization, cultural competency, and allyship as they pertain to the acknowledgement, understanding and acceptance of differences.”
Whoever penned that has a bright future in academia. Or perhaps a job someday at The Washington Post, which lurches ever insanely leftward under Amazon founder Jeff Bezos.
As with TV network news, the A section is full of nonstop hysteria at how President Trump or the Republican Congress are wrecking the country. Meanwhile, the Metro section front page recently featured a five-column photo and article headlined “Woman Told Not to Nurse in Church.” Stop the presses.
It took two Post writers to chronicle the horrifying saga of a woman who was asked to go to a more discreet place to nurse her baby rather than whip out, without cover, and in view of men and boys around her, something that tends to distract the male mind.
The woman and her attorney “are pressing the church leaders to issue a statement and reverse their policy,” citing a state law that allows women to breast feed anywhere they have a legal right to be. As The Post gleefully notes, “There is no exemption for religious institutions.” Well then, let’s bend everyone in the church to the state’s idea of propriety.
Incidentally, the aggrieved victim took to Facebook the next day to livestream herself “with her baby, Autumn, at her breast.”
The rest of the Post — even Sports — bemoans the slightest breech of left-wing orthodoxy. Over on the editorial page, “Censorship Comes to the U.S. Senate” lamented the removal from a U.S. Capitol tunnel of a student’s painting in January depicting police officers as vicious, gun-toting animals preying on black people. What tourist wouldn’t be delighted to see that?
This week, wearied by the propaganda, I turned to the Post’s food section. The front page featured an article about a Muslim woman in Seattle. The headline: “To Defuse Hate, She Hosts Dinner.”
In today’s academia and “mainstream” media, we’re all guilty of hate until proven leftist.
Source>http://www.washingtontimes.com/news/2017/may/14/guilty-of-hate-until-proven-leftist/
Posted by theodore miraldi at 7:54 AM