How Team Obama Tried to HACK the ELECTION 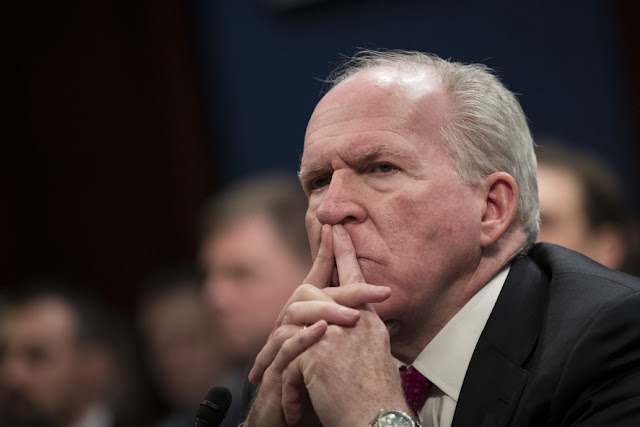 
New revelations have surfaced that the Obama administration abused intelligence during the election by launching a massive domestic-spy campaign that included snooping on Trump officials.
The irony is mind-boggling: Targeting political opposition is long a technique of police states like Russia, which Team Obama has loudly condemned for allegedly using its own intelligence agencies to hack into our election.
The revelations, as well as testimony this week from former Obama intel officials, show the extent to which the Obama administration politicized and weaponized intelligence against Americans.
Thanks to Circa News, we now know the National Security Agency under President Barack Obama routinely violated privacy protections while snooping through foreign intercepts involving US citizens — and failed to disclose the breaches, prompting the Foreign Intelligence Surveillance Court a month before the election to rebuke administration officials.
The story concerns what’s known as “upstream” data collection under Section 702 of the Foreign Intelligence Surveillance Act, under which the NSA looks at the content of electronic communication. Upstream refers to intel scooped up about third parties: Person A sends Person B an e-mail mentioning Person C. Though Person C isn’t a party to the e-mail, his information will be scooped up and potentially used by the NSA.
Further, the number of NSA data searches about Americans mushroomed after Obama loosened rules for protecting such identities from government officials and thus the reporters they talk to.
The FISA court called it a “very serious Fourth Amendment issue” that NSA analysts — in violation of a 2011 rule change prohibiting officials from searching Americans’ information without a warrant — “had been conducting such queries in violation of that prohibition, with much greater frequency than had been previously disclosed to the Court.”
A number of those searches were made from the White House, and included private citizens working for the Trump campaign, some of whose identities were leaked to the media. The revelations earned a stern rebuke from the ACLU and from civil-liberties champion Sen. Rand Paul.
We also learned this week that Obama intelligence officials really had no good reason attaching a summary of a dossier on Trump to a highly classified Russia briefing they gave to Obama just weeks before Trump took office.

Under congressional questioning Tuesday, Obama’s CIA chief John Brennan said the dossier did not “in any way” factor into the agency’s assessment that Russia interfered in the election. Why not? Because as Obama intel czar James Clapper earlier testified, “We could not corroborate the sourcing.”
But that didn’t stop Brennan in January from attaching its contents to the official report for the president. He also included the unverified allegations in the briefing he gave Hill Democrats.
In so doing, Brennan virtually guaranteed that it would be leaked, which it promptly was.
In short, Brennan politicized raw intelligence. In fact, he politicized the entire CIA.
Langley vets say Brennan was the most politicized director in the agency’s history. Former CIA field-operations officer Gene Coyle said Brennan was “known as the greatest sycophant in the history of the CIA, and a supporter of Hillary Clinton before the election. I find it hard to put any real credence in anything that the man says.”
Coyle noted that Brennan broke with his predecessors who stayed out of elections. Several weeks before the vote, he made it very clear he was pulling for Hillary. His deputy Mike Morell even came out and publicly endorsed her in The New York Times, claiming Trump was an “unwitting agent” of Moscow.
Brennan isn’t just a Democrat. He’s a radical leftist who in 1980 — during the height of the Cold War — voted for a Communist Party candidate for president.
When Brennan rants about the dangers of strongman Vladimir Putin targeting our elections and subverting our democratic process, does he not catch at least a glimpse of his own reflection?
What he and the rest of the Obama gang did has inflicted more damage on the integrity of our electoral process than anything the Russians have done.
Source>http://nypost.com/2017/05/26/how-team-obama-tried-to-hack-the-election/
Posted by theodore miraldi at 7:24 AM