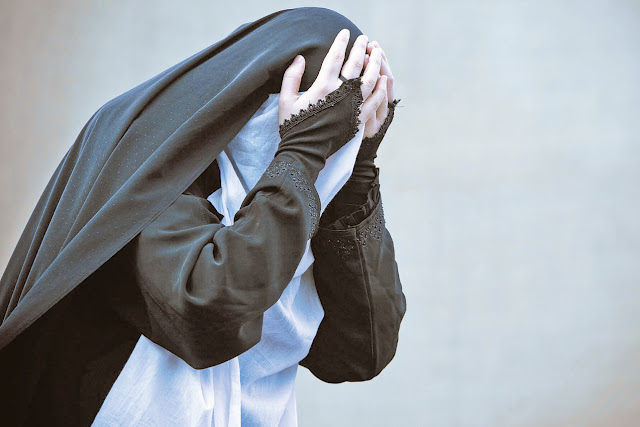 If you think the cases of little-girl genital mutilation that made national headlines last month after a flurry of arrests in Detroit is a one-off event, think again. The CDC estimates that more than 513,000 girls and women — most of them living in New York, DC and Minneapolis — are now at risk of such disfigurement across the country, a threefold increase since 1990. What’s behind the sickening trend? Muslim immigration.
If it’s “Islamophobic” to say that, blame the US government.
In a report last year, the CDC says the surge in female genital mutilation/cutting (FGM/C) is “wholly a result of rapid growth in the number of immigrants from FGM/C-practicing countries living in the United States.” It then went on to list those countries, and virtually all of them have large Muslim populations.
Immigrants from Indonesia, the largest Muslim nation, are not factored into the government’s 513,000 figure. If they were, the size of the CDC estimate would likely grow by “several tens of thousands,” the 2016 study’s lead author says.
“Indonesian figures became available after we wrote our paper, but it turns out that FGM was much more common in Indonesia than had been thought,” recently retired CDC researcher Howard Goldberg told The Post.
Another CDC report singles out Syrian refugees, warning the barbaric practice may be widespread among these immigrants seeking asylum in the US.
It’s not just Muslim parents performing the religious — albeit illegal — ritual. It’s also licensed doctors at respected hospitals, who also happen to be Muslim. And they have the blessing of some of the most eminent Muslim scholars in America.
While Islamic apologists insist FGM has nothing to do with Islam, that it’s a pagan African custom, such arguments appear to be disinformation designed to protect the faith at the expense of little girls. Consider that the Assembly of Muslim Jurists in America, which renders official religious rulings for Muslims living in the US, promotes clitoris cutting as beneficial for women.
Senior AMJA official Dr. Hatem Elhagaly has ruled that the practice was endorsed by the Muslim prophet Muhammad in a hadith, or sacred supplement to the Koran. “A very small portion of the clitoris may be removed in the procedure,” he wrote in a recent fatwa.
An American Academy of Pediatrics fellow and Mayo Clinic pediatrician until 2012, Elhagaly acknowledges the practice is controversial, but advises American Muslims to ignore criticism: “We, however, should never doubt anything in our religion because of the bad publicity the media creates about it. Would it have been sensible for Muslims 50 years ago to doubt male circumcision because it was not yet shown by science to be of benefit?
“The same could be true with female circumcision,” he added. “They may figure out the benefits of the practice in 50 or 500 years.”
The World Health Organization, however, says the painful practice has no known health benefits. In fact, it can cause complications during childbirth, make intercourse painful and remove any pleasure a woman can get from sex.

Consider that the Assembly of Muslim Jurists in America, which renders official religious rulings for Muslims living in the US, promotes clitoris cutting as beneficial for women.

Lawyers for the two Muslim doctors who federal authorities recently arrested in Detroit for mutilating two 7-year-old girls — and possibly 70 others — also claim they were doing it for health reasons. But the prosecutor argued, “This brutal practice is conducted on girls for one reason — to control them as women.” Forcing them to have all or part of their clitoris removed, the criminal complaint explains, ensures they remain chaste and don’t cheat on their future husbands.
Another brutally misogynistic byproduct of mass Muslim immigration is so-called “honor killings,” which also are on the rise in the US.
A recent Justice Department study estimates that each year now in America there are at least 27 murder cases involving men who kill their daughters or wives for “dishonoring” the family — a number that has “increased significantly” over the past decade, alongside a sharp increase in immigration from predominantly Muslim countries.
The government report concludes that the vast majority of honor killings are “committed by Muslims” who kill their female victims for being “too westernized.”
Recent immigrants from Iraq and Syria have taken the lives of their daughters simply for dating non-Muslim boys or refusing to wear Islamic coverings. Instead of reporting the heinous crimes, families often try to cover them up.
“I learned very quickly that we would receive no assistance from the family,” said the Peoria, Ariz., detective who investigated Iraqi immigrant Faleh Almaleki for murdering his daughter by running her over with his SUV for becoming too westernized.
“In fact, he said, “we received out-and-out defiance and resistance.”
To his horror, the detective learned that in Islam, “If a father believes that a female has acted in a dishonorable or disrespectful way, the only way to restore that honor is to kill them.”
Almaleki was nonetheless sentenced to 34 years in prison for the honor killing. Similar cases have cropped up in New York, California, Alaska, Washington, Pennsylvania, Kentucky, Georgia, Missouri, Illinois and Texas.
Honor killings, forced marriages, rape, domestic abuse and FGM are no longer confined to the Middle East. Such savagery is happening all too often inside our own borders with brazen disregard for our laws.
Source>http://nypost.com/2017/05/20/middle-eastern-savagery-is-seeping-through-americas-borders/
Posted by theodore miraldi at 11:04 AM