No Use Trying to Satisfy DEMANDING Democrats 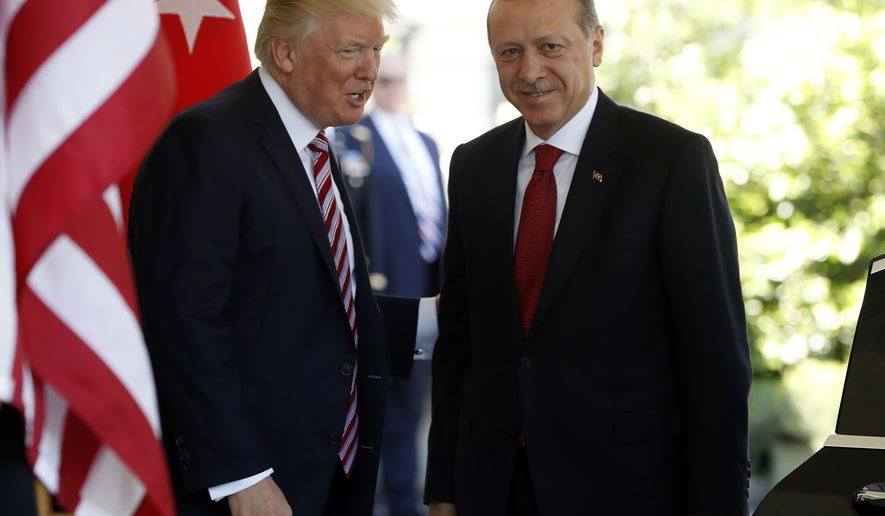 
ANALYSIS/OPINION:
A close relative shared with me his thoughts on the odd situation we find ourselves in these days, where Republicans are in charge of the Congress and the White House yet it feels as if the minority Democrats are running the show.
Since the beginning of Mr. Trump’s presidency, the Democrats have kept up a relentless drumbeat of criticism, from demanding a special prosecutor to investigate Russian meddling in the 2016 election to successfully “resisting” the GOP’s efforts to advance the party’s legislative agenda. While in the minority, the Democrats are clearly winning this week in Washington.
The Department of Justice finally bowed to Democratic demands this week and named former FBI Director Robert Mueller as a special counsel to the Russian probe.
But even as they celebrate, there are no signs the Democrats will stop issuing new demands. House Democratic leader Nancy Pelosi is still pushing for an independent commission to look into the Trump-Russia connections, even after Mr. Mueller’s appointment was announced. Will the Democrats ever be satisfied, short of convincing voters that Mr. Trump is unqualified for the job and driven from office?
Appointing a special counsel could briefly calm the waters, temporarily cooling the partisan tensions. Mr. Mueller is highly respected on both sides of the aisle, but the investigation could take years, and not necessarily lead to a quick resolution that Mr. Trump and his team badly want. Mr. Trump stated, “I look forward to this matter concluding quickly,” and reiterated, “there was no collusion between my campaign and any foreign entity.”
This week, following a series of damaging media stories about Mr. Trump’s past meetings with former FBI Director James B. Comey, some Democrats renewed talk that impeachment of the president could be in the works for potential obstruction of justice. They even spooked a few Republicans, who were quick to abandon their president. A reporter from The Hill asked Republican Rep. Justin Amash if the details of the Comey memo — in which the president is alleged to have asked the bureau to drop its investigation of former National Security Adviser Gen. Mike Flynn — would “merit impeachment” if true, and the Michigan congressman responded, “Yes.”
Seriously, the GOP cannot abandon Mr. Trump, whatever concerns they have that the president is not a Washington insider and therefore not one of them. Some of these Republicans have been quick to criticize the president, while not being nearly so harsh on Mr. Comey for failing to disclose his notes to the Justice Department, which would be required by the law if he felt the president was trying to obstruct justice.
These rogue Republicans should follow the lead of Speaker Paul D. Ryan, who has tried to defuse the situation. Said the speaker, “It is obvious there are some people out there that want to harm the president, but we have an obligation to carry out our oversight regardless of which party is in the White House. And that means, before rushing to judgment, we get all the pertinent information.”
Some Democrats have already rushed to their own judgment about the president — they want to see him impeached. Mr. Mueller’s selection may have slowed down the Democrats for now, but they will find every excuse to stop the president and block his agenda. The Republicans need to “resist” the Democrats, push back on their continuous accusations and stand with the president.
Source>http://www.washingtontimes.com/news/2017/may/18/no-use-trying-to-satisfy-demanding-democrats/
Posted by theodore miraldi at 5:20 PM