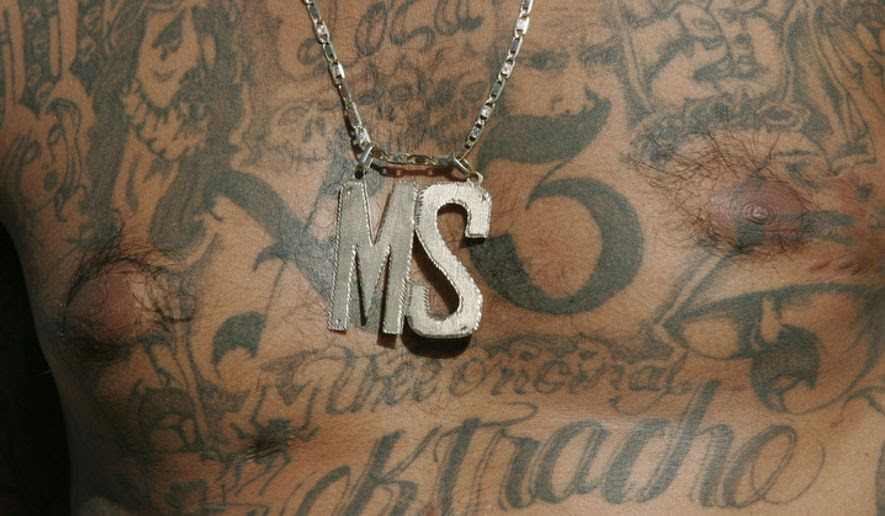 
The Obama administration knowingly let in at least 16 admitted MS-13 gang members who arrived at the U.S. as illegal immigrant teenagers in 2014, a top senator said Wednesday, citing internal documents that showed the teens were shipped to juvenile homes throughout the country.

Sen. Ron Johnson, chairman of the Senate Homeland Security Committee, said a whistleblower turned over Customs and Border Protection documents from 2014 detailing the 16 persons who were caught crossing the border.
“CBP apprehended them, knew they were MS-13 gang members, and they processed and disbursed them into our communities,” Mr. Johnson, Wisconsin Republican, said.
The gang members were part of the surge of UAC, or “unaccompanied alien children,” as the government labels them, who overwhelmed the Obama administration in 2014, leaving Homeland Security struggling to staunch the flow from Central America.
Officials at the time said the children should be treated as refugees fleeing horrific conditions back home — though security analysts said the children were prime recruiting territory for gangs already in the U.S.
Mr. Johnson said the image of UAC as little children is misleading. Out of nearly 200,000 UAC apprehended between from 2012 to 2016, 68 percent were ages 15, 16 or 17 — meaning older teens. The majority were also male, making them targets for gang recruiting.
Mr. Johnson revealed the documents at a hearing on the dangers posed by MS-13.
Sen. Claire McCaskill, the ranking Democrat on the committee, said she wants to get rid of gangs, but criticized the release of the whistleblower documents, saying it may have hurt active investigations or otherwise dented efforts to get the gang members out of the country.
“I have concerns that these documents were released so quickly,” she said.
The UAC surge has long been suspected of providing a new pool of recruits for MS-13 and other gangs in the U.S., though the actual numbers are unclear.
There have been a series of anecdotal reports, however, of UAC who were placed into community schools and ended up taking part in violent gang activities.
Source>http://www.washingtontimes.com/news/2017/may/24/whistleblower-dhs-knowingly-let-ms-13-gang-members/
Posted by theodore miraldi at 3:52 PM