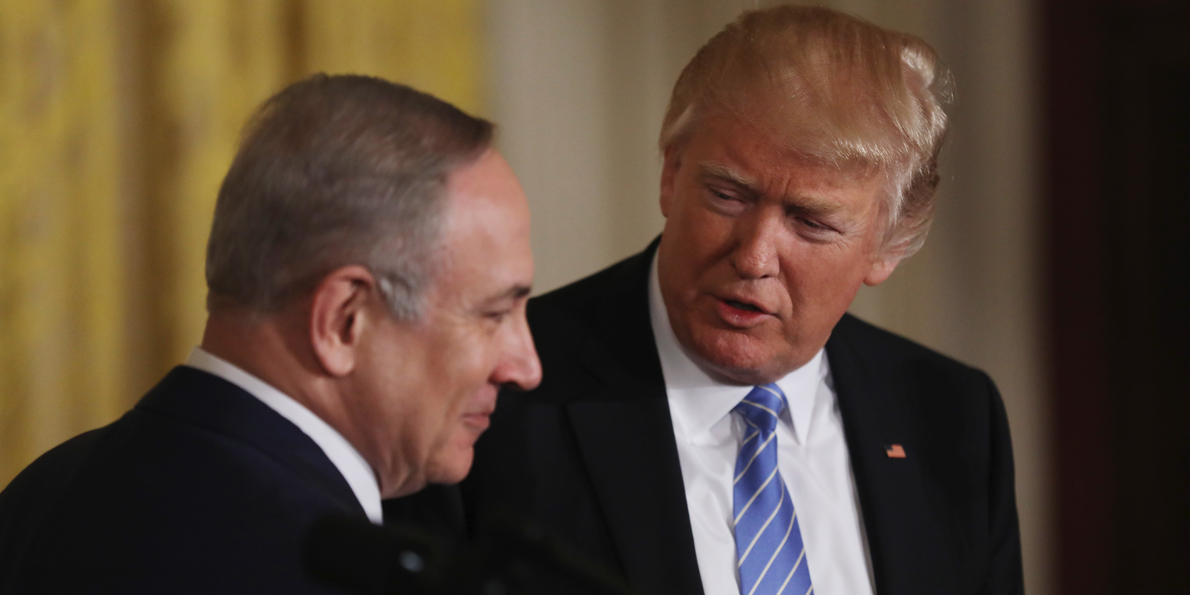 Gulf states that long opposed Israel's every move are proposing a rapprochemont in the hopes of restarting the Palestinian peace process.
The development comes just days ahead of historic meetings between President Trump and Middle Eastern leaders. It consists of a draft proposal reportedly offered up by Sunni Muslim Gulf states and offers closer economic and diplomatic ties with Israel in exchange for significant moves in restarting the Palestinian peace process.
The plan, first reported by The Wall Street Journal, is outlined in a draft document circulated by the Gulf states, the mostly Sunni Muslim countries that line the Persian Gulf, including Saudi Arabia, Qatar, Kuwait and the United Arab Emirates, among others.
It could significantly alter the Middle Eastern diplomatic and economic landscape if embraced by the various parties. The proposal would allow Israeli planes to fly through Gulf state airspace and enable direct communications with the Jewish state, both of which today are limited by the long-running hostility in the region. In exchange, the Gulf states reportedly call on Israel to stop building settlements in the West Bank and ease trade restrictions in the Gaza Strip.
The Journal quoted a “senior Arab official” said to be involved in the discussions, who said, “We no longer see Israel as an enemy, but a potential opportunity.”
The report states that the Arab proposal is aimed in part at aligning them with President Trump, who has expressed a willingness to work with them on pushing the various sides toward a new Middle East peace deal. The Journal says that Saudi Arabia and the UAE are among the countries who have told the U.S. and Israel they are willing to open their airspace and allow direct communications, in exchange for the Israeli concessions with the Palestinians.
A Middle East analyst close to the White House tells Fox News about the report, “the president has been clear that he wants to see peace and integration between Israel and its Arab neighbors, not least of all so they can cooperate against the threat posed by Iran. This is a welcome step in that direction. It makes many requests of the Israelis and the White House knows the Israelis can't meet all of them, and the President won't pressure them to. But these sorts of initiatives are the sorts of deals the President wants to see from regional players.”
Israel has not yet officially commented on the proposal. And while Prime Minister Benjamin Netanyahu has rebuffed calls to curtail settlement building, in March he said that Iran’s threat to its Gulf State neighbors opens the possibility of closer ties with Arab countries beyond Egypt and Jordan, with which Israel has peace agreements.
He talked about “nurturing these interests” by normalizing ties with countries in the region and “opening new diplomatic streams between us and the Palestinians.”
President Trump met with Crown Prince Mohamed bin Zayed of Abu Dhabi, part of the UAE, on Monday in Washington.  After arriving in Saudi Arabia on Friday, he is expected to attend an “Arab, Islamic and American Conference” on Sunday with Palestinian President Mahmoud Abbas, and over a dozen heads of state from Arab and Islamic nations including Turkey, Jordan, Iraq, Pakistan and the six members of the Gulf Cooperation Council.
Then, on Monday, Trump is expected to travel to Jerusalem for meetings with Prime Minister Benjamin Netanyahu and other Israeli officials.
Source>http://www.foxnews.com/world/2017/05/16/gulf-states-warm-to-israel-see-possibility-palestinian-peace-deal.html
Posted by theodore miraldi at 1:35 PM