Recognizing The THREAT From LATIN America 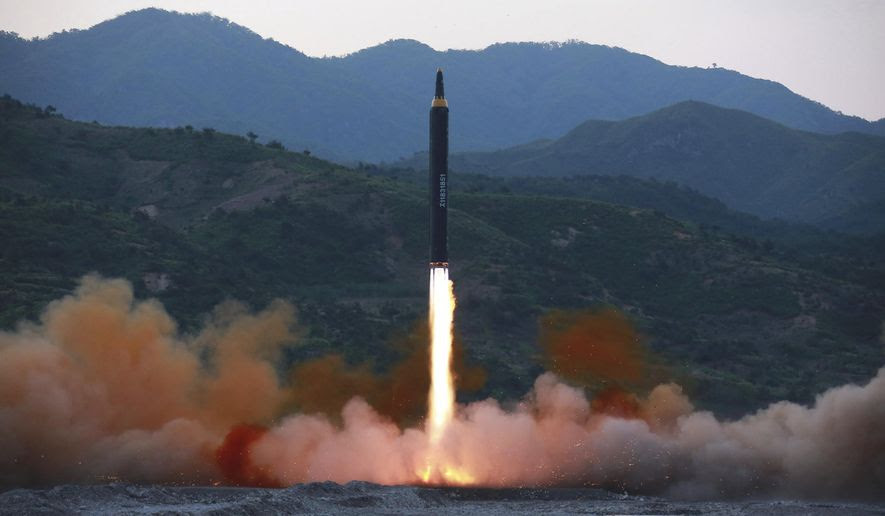 ANALYSIS/OPINION:
Two weeks ago, federal and local government officials, law enforcement and first responders in Washington, D.C. and New York City participated in scheduled exercises, a simulation of a “complex coordinated terror attack.” One scenario included a nuclear incident on a major U.S. metropolitan area. Some news outlets linked this effort to heightened concerns about North Korea. However, closer to home, more pertinent developments went virtually unnoticed.
Approximately 24 hours prior to the drills, a truck carrying an unknown amount of the radioactive material, Iridium-192, had been stolen in Mexico. The theft prompted authorities there to issue alerts in nine of Mexico’s 31 federated states. This was not an exercise. It really happened and, somewhat troubling, it is not the first time. The seemingly minimal interest by U.S. policymakers and the media marks a troubling pattern reminiscent of the pre-September 11 mindset. A course correction is needed.
Iridium-192 has diverse applications, including many important uses in the civilian context. For example, it can be used to test for flaws in oil and gas pipelines as well as to treat various forms of cancer. However, it can also be used to make a radiological dispersal device or “dirty bomb” by combining it with conventional explosives — a process experts contend is relatively easy.
In February 2016, U.S. and foreign security officials expressed concern about the theft of this material from an oil storage facility in Iraq. Terrorists have long sought radiological weapons, but developments in Belgium a few months prior to the Iraq episode suggested a concerted effort to secure the components to translate aspirations into operations. Belgian police had searched the home of a man linked to the Islamic State (ISIS) network that had carried out the deadly November 2015 Paris attacks. They discovered surveillance footage of a senior researcher at a Belgian nuclear center that produces a significant portion of the world’s supply of radioisotopes. These are harmless if used for their intended purpose — in this case for medical diagnoses — but can also cause radiation poisoning, prompting concerns that ISIS may be seeking such material for future attacks.
One would think that the Mexican theft of the same radioactive Iridium-192 stolen in Iraq, in the very same month, would have raised alarm bells. Yet, it barely registered with policymakers or in the media. This has happened before and it is to the detriment of U.S. security. Conventional wisdom tends to discount the Western Hemisphere when assessing serious threats.
Seeking to extrapolate lessons from developments in other geographic areas, consider another Iridium-192 theft in February from an oil and gas exploration company in Malaysia. This particular incident appears to have served as a wake-up call. One security expert was quoted as saying that “talk” about a chemical, biological, nuclear or radiological threat in Southeast Asia has evolved into a very real possibility for the region.
Radioactive materials intended for benign purposes but with an offensive application in terrorist hands, are abundant, located all over the world, and largely stored without special security safeguards.
For example, in March, a 17-year-old in a northwestern province of Turkey was hospitalized for radiation exposure after he removed Iridium-192 from a construction site where he was working. The teenager reportedly thought the stick of radiological material was a type of prayer bead. However, the outcome could have been drastically different had he been tied to any number of terrorist networks, and these were just south of the U.S. border.
The case of Erick Jamal Hendricks underscores the potential for disaster. Mr. Hendricks, an American charged last year for conspiring to provide material support to ISIS, was recruiting for the terrorist group and alleged ISIS has cells in Mexico. To place this arrest in context, there have been at least seven thefts of radioactive material in various Mexican towns since 2013, with incidents in other countries in the region revealing significant vulnerabilities.
The National Commission on Terrorist Attacks Upon the United States (the 9/11 Commission) identified failures of imagination and policy as among four overarching factors contributing to the 2001 attacks on our nation. The United States cannot afford to repeat past mistakes. It is time to change the mindset and approach to Latin America and the Caribbean. Elevating the discussion beyond narcotics trafficking, natural disasters and immigration, and integrating and treating the region as an intelligence and policy equal to other areas of the world will advance U.S. national security and better protect the American people.
Source>http://www.washingtontimes.com/news/2017/may/16/radioactive-material-could-be-used-by-terrorists/
Posted by theodore miraldi at 7:39 AM