We DON'T Have An Income INEQUALITY Problem, We Have An EGO Problem

The growing hysteria surrounding economic disparities does reveal a real problem, which is the reduced aim of our society from virtue to material abundance. 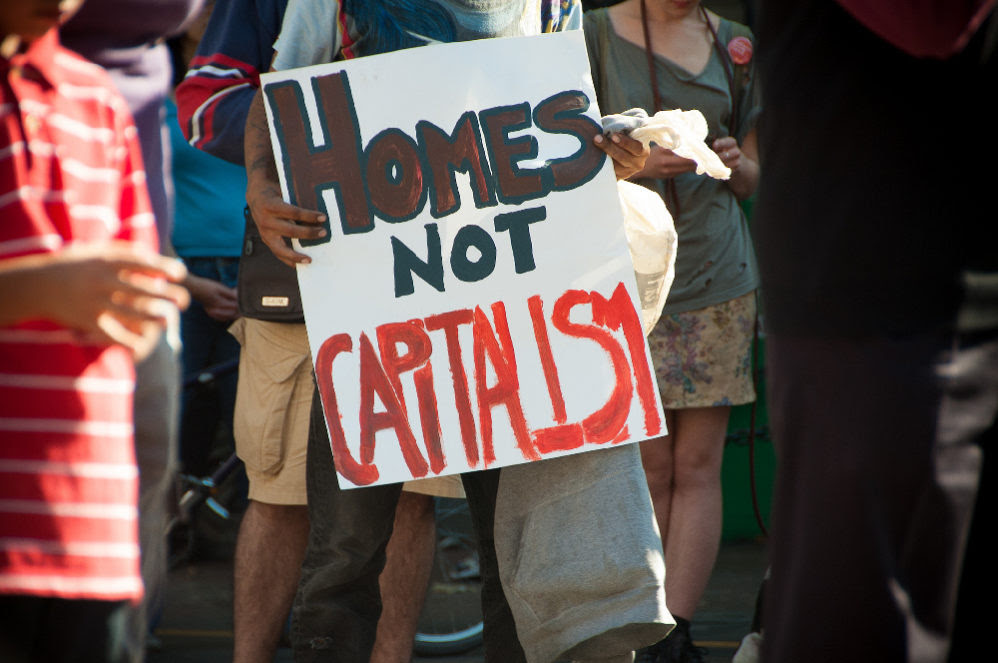 Despite what we routinely read in the news, we do not have an income inequality problem.
First, as I’ve previously argued, we don’t refer to height differences as “height inequality.” Nor should we speak of income differences as “income inequality.” Doing so implies the deck is stacked for the “haves” and against the “have nots” before scrutinizing the facts.
Second, the statistics are often misleading.
A common tactic is to paint a dire economic picture by looking at statistical units— “households,” “families,” “income quintiles,” etc.—instead of individuals. For example, a headline from The New York Times reads: “Household Incomes Have Remained Flat Despite Improving Economy.”
Another article claims that, “after adjusting for inflation, U.S. median household income is still 8 percent lower than it was before the recession, 9 percent lower than at its peak in 1999, and essentially unchanged since the end of the Reagan administration.” Moreover, we are repeatedly warned that increasing shares of income go to the “top one percent” of earners while the rest stagnate or worse.

Check Your Stats Against the Context, People

Statistics like these portray an alarming situation, but the situation becomes far less alarming when we observe people rather than statistical units. “Households,” as a leading economist has explained, consist of fewer income earners today than they did 30 years ago, so if a household consisting of two earners today makes the same money as a household consisting of three earners 30 years ago, the reality is a 50 percent increase in per capita income. In fact, per capita income during the past several decades increased by 51 percent. But that gain is considered “stagnation,” according to household data.
Furthermore, studies that follow individuals over time reveal that ascending the income scale is not uncommon. There is nothing surprising about the fact that most people who make up lower income categories are younger workers, many of whom have part-time jobs, while the higher income categories are mostly populated by older workers, who have decades of work experience and have had multiple opportunities for promotion. Despite the hysteria from news outlets and academia about declining wages and a trapped middle class, the reality of those who live and rise through income quintiles over time contradicts that hysteria.
Ironically, the growing hysteria surrounding economic disparities does reveal a real problem, which is the reduced aim of our society from virtue to material abundance. As Wendell Berry pointed out some years ago, “One does not think to improve oneself by becoming better at what one is doing or by assuming some measure of public responsibility in order to improve local conditions; one thinks to improve oneself . . . by ‘moving up’ to a ‘place of higher consideration.’”
This may strike the modern reader as a quaint if not irrelevant matter, but striving for virtue—not economic prosperity, desirable as it may be—was once believed to confer equality. Unlike today, “virtue” was a profoundly meaningful concept that exacted standards for citizenship.
Thus, in contrast to our modern understanding, citizenship was viewed not as a source of rights but as a source of duties, among which were basics like self-restraint, hard work, and personal responsibility, but also higher ideals like nobility and excellence. “Nobility,” Jose Ortega y Gasset noted in his “Revolt of the Masses,” “is defined by the demands it makes on us—by obligations, not by rights.”

The importance of this must not be overlooked. Obligations of citizenship, as Christopher Lasch explained, equalize us: “Political equality—citizenship—equalizes people who are otherwise unequal in their capacities, and the universalization of citizenship therefore has to be accompanied…by measures designed to assure the broadest distribution of economic and political responsibility” (emphasis added).

“Responsibility” poses a quandary for us today, as it presupposes a standard toward which to be responsible. But as standards have been attacked as products of “white supremacy,” “patriarchy,” “imperialism,” and other nefarious forces, the notion of duty has steadily vanished.
The result has been a growing sense of entitlement and narcissism. Consider the widespread hostility toward a recent proposal to eliminate loan “forgiveness” for graduate students. The policy would stop the government from “forgiving” student loan debt after a certain number of years. The idea is that, if one is privileged enough to go to graduate school, one who isn’t shouldn’t be forced to pay for the one who is.
However, one outlet described the idea as a “sick joke. A billionaire president and billionaire education secretary, neither of whom spent a single day of their lives in public service before stumbling their way into positions of immense power, are targeting a program that’s basically meant to make life in underpaid government work a little more tenable.”
Only a mindset that says “I am entitled to graduate school on another’s dime” would argue that preventing other people from being forced to pay for (“forgive”) another’s loan is a “sick joke.” Furthermore, the idea that “public service”—meaning government employment—is nobler than private-sector work is only further evidence of our cultural entitlement. Private markets create wealth, products, and jobs, which improve lives. Government merely consumes the wealth private markets create. That those who consume feel entitled to the wealth created by others is the height of the narcissism that pervades modern society.
Without standards of virtue which transcend the self, the self becomes the standard. At that point, as Protagoras remarked, “Man is the measure of all things.” In today’s culture, that is increasingly so.
Source>http://thefederalist.com/2017/05/25/dont-income-inequality-problem-egomania-problem/
Posted by theodore miraldi at 4:19 PM