Why SWAMP FEVER Must Be CURED 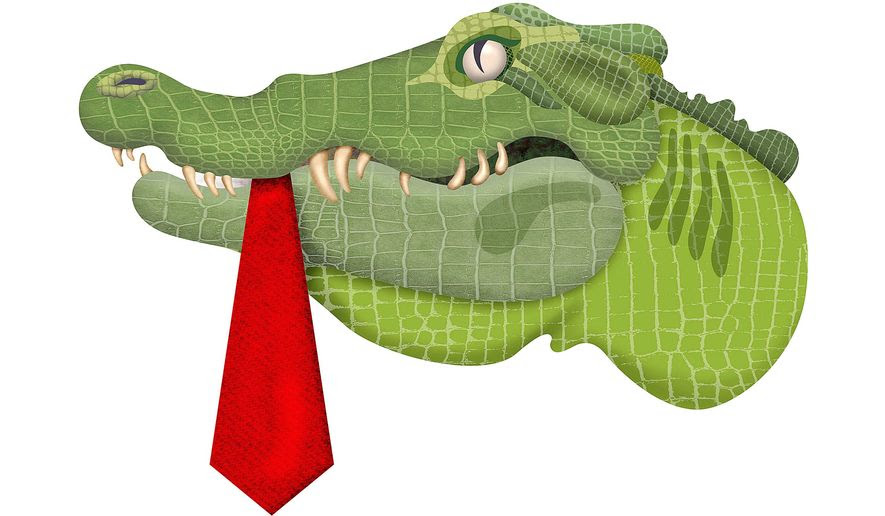 The Swamp is Winning Illustration by Greg Groesch


ANALYSIS/OPINION:
The accusations in the media against President Donald Trump are reaching hysterical levels. This has also been labeled “Trump Derangement Syndrome,” and is characterized by a reporter’s firm belief (shared by many Democratic politicians and Hillary Clinton supporters) that Mr. Trump is illegitimately occupying the Oval Office, is not fit for presidential duty, and must be ousted one way or another.
It is difficult for Trump supporters to take this seriously, because we believe that Mr. Trump’s policies regarding judicial appointments, encouragement of economic growth, and restricting immigration make perfect sense, and ought to be implemented. We have now reached a point, however, when Mr. Trump’s efforts at governing the nation appear to be countered at every turn by a hostile press and political partisans who seem bent on his destruction and the frustration of the programs that he was elected to fulfill.
The airwaves and the newspapers are replete with accusations from unnamed sources purportedly documenting attempts to obstruct justice. The latest example is the FBI investigation of former presidential adviser Lt. Gen. Michael T. Flynn, which Mr. Trump is alleged to have suggested to former FBI Director James Comey ought to be discontinued, because of Mr Trump’s belief that Mr. Flynn was basically a good man. Mr. Trump is reported to have made this suggestion to Mr. Comey after Mr. Trump had dismissed Mr. Flynn, but, still, this has led to predictable calls for condemnation, for Congressional investigation, and presumably, for impeachment, removal, and/or resignation.
Those of us in the academy who supported Mr. Trump were a minority in the single digits, and it has been reported that members of the media opposed Mr. Trump’s election by 90 percent or more. Given the manner in which human beings operate, given our propensity not to be able to deal with cognitive dissonance, and given the tendency of those who believed Mr. Trump unfit for office to construe all of his acts unfavorably, it is no surprise that we have reached this point. Nevertheless, it ought to be time now to cease this madness and to give the new administration a chance to govern.
Every time media charges have been leveled at the president, from purported compliance with Russian meddlers, including an alleged dinner conversation requesting Mr. Comey’s loyalty to Mr Trump, through the dismissal of Mr. Comey, and now with the alleged Comey memo recounting an attempt to sway an ongoing FBI investigation, Mr. Trump has either denied outright the allegations against him, or has offered benign explanations of his conduct.
The president’s detractors have refused to accept the White House Communications Office and Mr. Trump’s explanations at face value, as the relentless efforts to destroy him continue unabated. Perhaps what is really happening here, no matter what one calls it — fever, derangement, hysteria — is a fundamental disagreement over what the government should do, a disagreement that impedes objective evaluation, leads to misunderstanding, and now threatens the orderly conduct of our republic.
Mr. Trump and his supporters believe that it is the job of government to protect the basic economic rights of the citizen, but also to promote individual initiative, to allow maximum freedom to market mechanisms, to lower taxes, and to maintain the rule of law. Mr. Trump’s opponents, in particular his critics in the media, in the bureaucracy, in the academy, and in the courts, believe that it is the job of government in general and the federal government in particular, to alter the legal rules to protect previously discriminated against groups, to redistribute economic resources, and to implement central planning of the economy.
One could also characterize this as a contest between the Fabian Socialism that seemed to exist in much of the Obama administration and the free-market economics championed by Milton Friedman and the Reagan administration that Mr. Trump now seeks to restore. When Mr. Trump picturesquely claimed that he would “drain the swamp” he was, really, suggesting he would return us to this conception of the proper role of government that prevailed for much of our history.
The lessons of 1989, when the Berlin Wall fell, when the Soviet Union collapsed, and when free-market economies emerged in formerly communist nations, ought to have taught us that the aims of government Mr. Trump now offers deserve a chance to succeed. Curiously, Mr. Trump’s detractors stubbornly refuse to acknowledge this. It is time for the Swamp Fever to subside. Despite the claims of the self-styled “resistance,” there is no real evidence that Russians stole the election for Mr. Trump, or that misogyny did in Mrs. Clinton. Instead, what happened is that a majority of votes in the Electoral College for Mr. Trump was legitimately secured by a plan for the country that is a sensible one. It ought now to be permitted go forward.
Source>http://www.washingtontimes.com/news/2017/may/18/trump-tax-plan-must-be-given-chance-to-succeed/
Posted by theodore miraldi at 7:33 AM