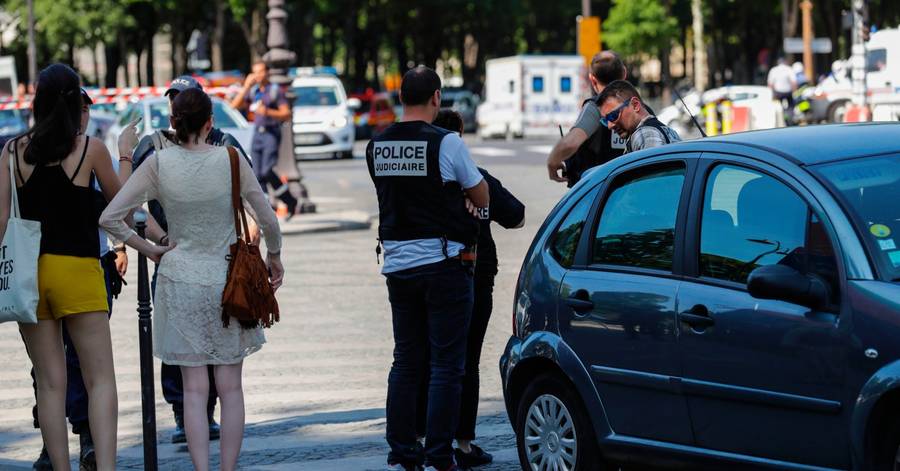 Here is a column on two very different topics. If my editor is clever he will find a common theme.
The first has to do with the national media climate at this time of political uncertainty, anxiety and division. I suspect at least half the country (those who support President Trump, have reserved judgment about him, or just want the news straight) feel they can no longer trust, or feel actively excluded by, mainstream entertainment and news.
What we need from media folk is a kind of heroic fairness. What we have instead is endless calculation.
Last week the subject was the divisive nature of so much of our entertainment culture, especially late-night talk shows.
We are living in a time of the politicization of everything. You cannot, at the end of a long day, relax with a talk show because it will take a highly political point of view, in a dominant and aggressive manner, as if politics were not part of life but life. It is obnoxious and assaultive. It effectively tells the audience: ‘We only want you here if you agree with us. If you like Donald Trump, get lost.” Some news shows take a similar approach.
Dislike of Mr. Trump within the mainstream media is unalterable. It permeates every network, from intern to executive producer and CEO.
Here is a theory on what they’re thinking: They’re thinking attempts at fairness and balance in this charged atmosphere get them nowhere. They’re attacked by both sides. And anyway they think Mr. Trump is insane.
They live on ratings, which determine advertising rates. Hillary Clinton got 2.9 million more votes than Mr. Trump, so the anti-Trump audience is larger. Moreover, people who oppose Mr. Trump tend to be more affluent, more educated, more urban. They’re more liberal, of course, and they’re younger. They’re a desirable demographic. The pro-Trump audience is more rural, more working- and middle-class, older. A particularly heartless media professional might sum them up this way: “Their next big lifestyle choice will be death.”
So, if you are a person who programs or sets the tone of network fare and you want to take a side—you shouldn’t, but you want to!—you throw your lot with the anti-Trump demo, serving them the kind of journalistic approaches and showbiz attitudes they’re likely to enjoy.
Mr. Trump, you are certain, won’t last: He’ll bring himself down or be brought down. You want to be with the winning side. So play to those who hate him, exclude others, call it integrity and reap the profits.
That is my theory: media bias now is in part a financial decision, instead of what it used to be, a good old-fashioned human and institutional flaw.
This contributes to public division—to the great estrangement we see in America. I talk to media folk a lot, being one, and haven’t found anyone who’s said, “Why yes, that’s exactly what we’re doing, deepening our national divisions for profit!” Although I shared my theory this week with a senior manager of a news organization who quickly mentioned another major news organization and said: “I think that’s what they’re doing.”
But I do think it’s part of what is going on. I add only that it’s not only cynical and destructive, as a business strategy it’s stupid. Bias is boring. It’s predictable, rote, is an audience-limiter. What has value at a time like this is playing it straight and presenting the facts. That’s what they ought to do instead of taking a side.

I was traveling this week for work, in Europe.
When we arrived at Charles de Gaulle Airport in Paris, passport control was closed down. Many hundreds of people milled about confusedly. An airline worker said two unattended bags had been found and security personnel were on the scene. Officials might have to explode the bags where they are. Will there be any warning? Yes, I was told, they’ll tell us before and we’ll hear it. Does this sort of thing happen often? “A few times a day,” an attendant said.
There was no air of alarm, and everyone around us was pleasant. After 35 minutes passport control opened, without an explosion. The attitude was that this was par for the course, just another day at the office.
Two hours after I got to my hotel, word came of a terror attack three blocks away, on the Champs Élysées. I asked the woman at the desk for directions and she said, in low and measured terms, “I’m sorry madame, there has been a terrorist occurrence. You should not go there.” I said “Yes, I’d like to go see it.” She brightened: “In that case, go left, left, then final left!”
Soon I was in a small crowd being held back by a handful of police. They protested: My work is there. I must go there. I walked for a few blocks, to a small park off the Champs. Police had put up police tape, but as soon as they turned away people ducked under it and continued on their way.
No one in the crowd—workers in the shops, mothers with children, tourists—seemed the least put out or concerned, never mind scared, which they were not.
The next morning the story of what had happened on the Champs Élysées was not even the top story on the international news. Which is a wonder, since this is what happened:
A man had crashed his Renault into the front car of a police convoy. The assailant was later killed. Officers searched his car and found weapons and explosives, reportedly including gas canisters, handguns and a Kalashnikov. The assailant was said to be in his early 30s, from a Parisian suburb, and known to police.
A few hours later at an outdoor cafe I watched as people rode by on scooters and motorcycles. The sidewalks were busy, bright, sun-dappled at dusk. Young people were strolling by and staring down at their phones. Strolling and scrolling, all as carefree and relaxed as any other day.
As I lingered over dessert. A colleague emailed an alert from a private security firm: Continue to avoid the vicinity of Champs Élysées and Avenue Montaigne. I replied: “I am literally on Avenue Montaigne and nothing is happening here but bitchy gossip in the cafe.”
“At least you’re having a very French experience then,” my colleague replied.
I was. Forty-eight hours later, en route to England, I saw the front page of the Times of London: A suspected terrorist had been shot and killed by soldiers in a Brussels railway station. He had attempted to detonate an explosive vest or belt. The story was illustrated with a photo of a handsome young passerby who’d been staring at his phone and suddenly turned toward a flash of light behind him: the late terrorist.
Nothing feels different, all looks the same, no one is letting the discomfort get in their way, but in Europe, terrorism is the new normal.
And much is made of what remains of British stoicism, but something should be said for French sang-froid.
My editor discerns this theme: Perhaps there is a happy medium somewhere between bitter division and blasé complacency.
Source>https://www.wsj.com/articles/america-shouts-while-europe-shrugs-1498170712
Posted by theodore miraldi at 9:24 AM