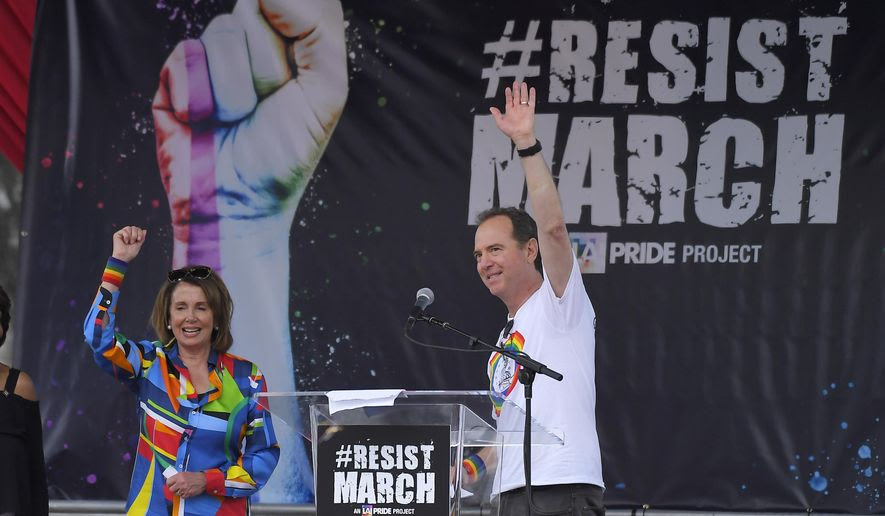 
ANALYSIS/OPINION:
The Georgia election of Republican Karen Handel over Democrat Jon Ossoff has brought out the gnashing of teeth, the weeping and wailing and collective flailing of the far left — the puzzled expressions and anguished faces that simply scream the torturous question: What went wrong?
But the bread crumbs are there. They’ve not been blown by wind.
In a nutshell, it’s the Democratic Party that went wrong.
Off-the-rails wrong. Far-left wrong. Brown-shirting, cracking down free speech, setting cars on fires, clashing with conservatives in the streets while smashing storefront windows wrong.
And most recently, most egregiously and horrifically, shoot ‘em in the ballpark wrong.
And while the press has filled a news cycle with headlines like, “After Georgia Election, Democrats Are Demoralized, Again,” from the New York Times, and run with quotes like, “[Our] brand is worse than Trump,” from Democrat Rep. Tim Ryan, the fact is the GOP has nothing to fear, election-wise, from this seeming self-reflection.
Democrats aren’t learning a thing.
The party of the Left may have lost its last four congressional special elections elections — all post-President Donald Trump, all while spending millions, and all while arguing, pre-voting day, that turnout would prove an embarrassing referendum against the White House.
Party faithfuls may be making waves in the press, pretending upset and outrage at the message of Anti-This and Anti-That that seems to have become the Democrats’ only platform.
Party members may be calling for change, may be recognizing and unwillingly admitting that they just can’t win with the viciousness and negativity that’s become part and parcel of Democrats’ political opposition.
But come 2018 — heck, come next week — Democrats will be back in full marching lockstep, fighting by whatever means possible against the Republican domination in the political world. They won’t be developing any type of positive party imaging any time soon.
Think about it. Rep. Kathleen Rice, New York Democrat, called for the removal of House Minority Leader Nancy Pelosi, saying she’s not proving a winner for the party. That’s an understatement, and an obvious one at that. But Pelosi’s response? No.
And then this, somewhat baffling remark: The Democratic Party’s losses this year in Kansas, Montana, Georgia and South Carolina were actually wins because by the percentage point, Republicans actually lost steam in these districts. Welcome to Pelosi’s mind, the mazey-hazey political compass of the left.
Then there’s this: The tag team leadership of Tom Perez and Keith Ellison in the Democratic National Committee is a Tweedle-Dee, Tweedle-Dum dynamic duo of leftist partisanship, the kind that kicks off a “Resistance Summer” to oppose all things Trump and support — umm, what exactly? Right. More Anti- politicking; little-to-no Pro-politicking. The main theme of the party continues.
And then there’s this: Eric Holder, one of the most biased, most partisan, most left-leaning visionaries to hold the U.S. attorney general’s seat in history, is reportedly mulling a run for the White House in 2020. But oh yes, in the meantime, he’s going to lead up the Democrats’ resistance movement against Trump, at least insofar as taking care of the legal matters. Prepare for Holder to take the national stage and argue, in court, why illegals ought not be deported under Trump’s new law and order border rules.
Running a campaign of no law and no order seems a strange road map to the White House, yes? Again, it’s the Democrats’ special brand of politicking, all resistance, no constitutional substance. But the Left just doesn’t get it.
CNN’s always-reliable voice of the far left, host Chris Cuomo, asked on national TV, post-Georgia ballot count: “What are [Democrats] not getting done at the leadership level?”
Well, it’s simple, really. They’re not changing. They’re not changing a thing, despite loss after loss after loss.
But for Republicans — no matter. It’s all good. It’s victory on the horizon, 2018 and beyond.
Source>http://www.washingtontimes.com/news/2017/jun/24/dems-gnash-teeth-weep-wail-wont-change/
Posted by theodore miraldi at 9:16 AM