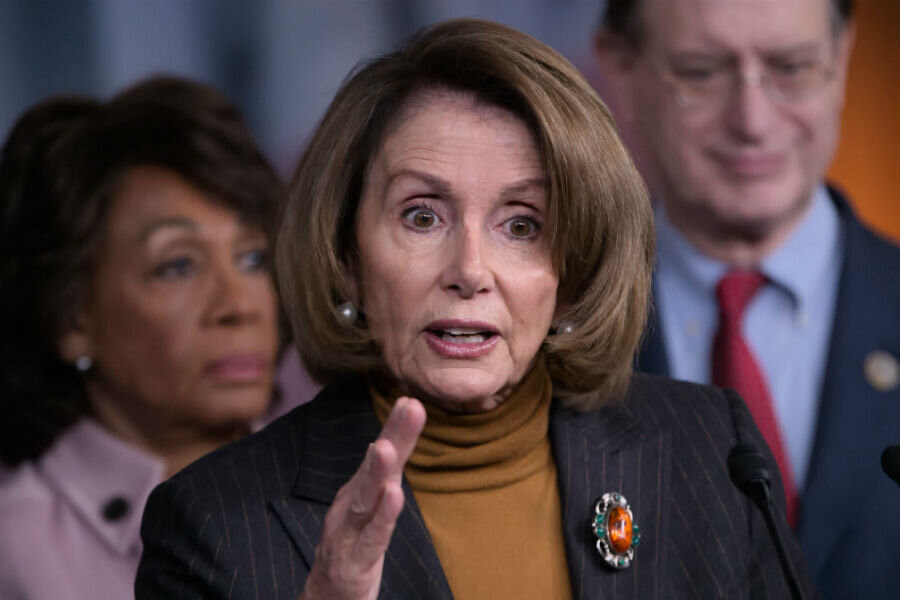 
In April, Democrat Jon Ossoff got 48 percent of the vote in the special election to pick the new House member from Georgia’s Sixth Congressional District outside Atlanta. He came in first but was forced into a runoff with Republican Karen Handel, who got 20 percent to finish second. In the runoff, Ossoff got 48 percent again and lost.
How this happened is pretty simple. Ossoff needed to attract Republican voters to win. And there was a theory behind where he’d find them. Thousands of Republicans who loathe President Donald Trump would penalize their own party’s candidate and defect to Ossoff. Only they didn’t. Handel won with 52 percent.
That the so-called Trump penalty failed to emerge in Georgia was an embarrassment to the national media. They’re obsessed with the idea. But Trump-hating Republicans declined to comply and abandon Handel because of her connection with Trump. The press was wrong again. Trump won last November and now this.
The district had appeared to be the perfect setting for Trump to take a hit. It’s the most highly educated Republican-held congressional district in the country, and wealthy to boot. It’s “more Bloomingdale’s than it is Walmart,” Harry Enten of the FiveThirtyEight website says.
Trump had defeated Hillary Clinton by 48.3 percent to 46.8 percent in the district. It was this unimpressive showing, plus Trump’s troubles in office, that led Democrats and journalists to suspect voters there were ready to ditch their tradition of voting Republican.
Ossoff, 30, initially ran as the anti-Trump champion. He called himself the “make Trump furious” candidate. That worked well in the primary, especially since he was the lone Democrat with a legitimate campaign and plenty of money. The media were thrilled and treated him like a star.
But Ossoff hit a wall after the primary. A liberal endorsed by Bernie Sanders and Elizabeth Warren, Ossoff changed his tune in the runoff. He scuttled his emphasis on Trump, believing there was nothing to gain from it. And there probably wasn’t.
Instead, he campaigned as a moderate. He talked about fiscal responsibility and cutting spending. He paid a price for this with the Democratic left. He was blamed for wimping out when an anti-Trump crusade supposedly would have won him a seat in Congress. Ossoff knew better.
So did Atlanta pollster Mark Rountree. Asked if Handel lost the votes of anti-Trump Republicans, he says, “Oh, no! Absolutely not. That is just silly.” He says there was no evidence of it in his surveys. He polls for Atlanta TV station WSB.
Nancy Pelosi, the House Demo­cratic leader, was a bigger factor in the election than Trump, Rountree told me. In the two months between the primary and runoff, Republicans ran TV ads linking Ossoff to Pelosi and “San Francisco values.” National reporters covering the race ignored them, but they worked.
“Republicans feel more strongly that Nancy Pelosi is a threat to the country than Democrats feel about Trump,” Rountree says.
Scott Reed, the political director at the U.S. Chamber of Commerce, brought together national conservative and Republican forces to back Handel. Twenty-eight companies signed on to tell their employees of the importance of the election.
Rather than cost Handel votes, Reed says, Trump “helped turn out the base.” He visited the district in April and raised $1 million for Handel. He recorded robo-calls to voters. A few days before the vote, Vice President Mike Pence campaigned with Handel. Mitt Romney, who got 60.8 percent of the vote in 2012 and is still popular in the district, did turnout calls.
Trump also tweeted. At 5:49 a.m. on Election Day, he took a jab at Ossoff: “Democrat Jon Ossoff, who wants to raise your taxes to the highest level and is weak on crime and security, doesn’t even live in the district.”
Then at 6:09 a.m., he tweeted: “KAREN HANDEL FOR CON­GRESS. She will fight for lower taxes, great healthcare, strong security—a hard worker who will never give up! VOTE TODAY.”
So Trump wasn’t hiding. Jeffrey Bell, the Republican strategist, theorizes Ossoff stopped attacking Trump when it appeared he was challenging the president’s legitimacy. That was an unpopular position.
There was another factor that kept even “reluctant Trump voters” on board with Handel. Her strategists localized the campaign, though partly around national issues. They made it a right-left contest with Trump not involved. It came down to who was “the better candidate offering the better agenda,” says strategist Rob Simms, the executive director of the National Republican Congressional Committee (NRCC), the campaign arm of House Republicans, in 2016.
That was the year the NRCC gained an edge over their Democratic counterparts. After reaching a commanding position (247 seats), it was feared Republicans would lose as many as 20 House seats last year. They lost just 6.
“If Democrat Jon Ossoff can win Georgia 6 over Republican Karen Handel, it could be a sign that Dem­ocrats can win over reluctant Trump voters nationwide next year,” Enten wrote before last week’s election. The sign never came.
Source>http://www.weeklystandard.com/disappointed-dems/article/2008600#!
Posted by theodore miraldi at 8:13 AM