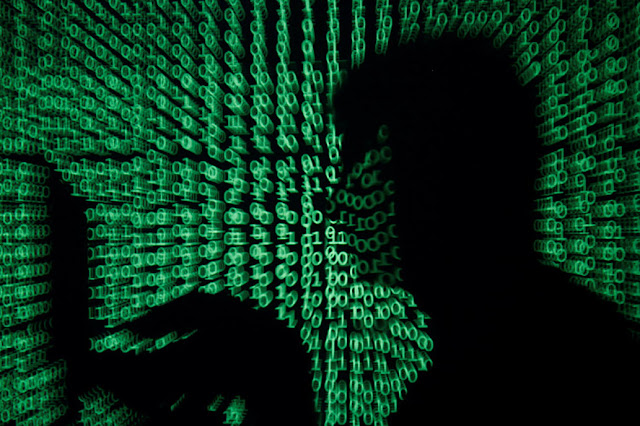 
PARIS — A new and highly virulent outbreak of malicious data-scrambling software appears to be causing mass disruption across Europe, hitting Ukraine especially hard.
Company and government officials reported serious intrusions at the Ukrainian power grid, banks and government offices, where one senior official posted a photo of a darkened computer screen and the words, “the whole network is down.” Russia’s Rosneft oil company also reported falling victim to hacking, as did Danish shipping giant A.P. Moller-Maersk.
“We are talking about a cyberattack,” said Anders Rosendahl, a spokesman for the Copenhagen-based group. “It has affected all branches of our business, at home and abroad.”
The number of companies and agencies reportedly affected by the ransomware campaign was piling up fast, and the electronic rampage appeared to be rapidly snowballing into a real-world crisis. Dutch daily Algemeen Dagblaad says container ship terminals in Rotterdam run by a unit of Maersk were also affected. Rosneft said the company narrowly avoided major damage.
“The hacking attack could have led to serious consequences but neither the oil production nor the processing has been affected thanks to the fact that the company has switched to a reserve control system,” the company said.
There’s very little information about who might be behind the disruption at each specific company, but cybersecurity experts rapidly zeroed in on a form of ransomware, the name given to programs that hold data hostage by scrambling it until a payment is made.
“A massive ransomware campaign is currently unfolding worldwide,” said Romanian cybersecurity company Bitdefender. It said the malicious program appeared to be nearly identical to GoldenEye, one of a family of rogue programs that has been circulating for months. It’s not clear whether or why the ransomware has suddenly become so much more potent.
The world is still recovering from a previous outbreak of ransomware, called WannaCry or WannaCrypt, which spread rapidly using digital break-in tools originally created by the US National Security Agency and recently leaked to the web.
A message sent to an email address listed on the ransom page in the current outbreak was not immediately returned.
Source>http://nypost.com/2017/06/27/europe-hit-by-massive-cyberattack/
Posted by theodore miraldi at 6:38 PM