Feds To ARREST PARENTS Who SMUGGLED KIDS Into US 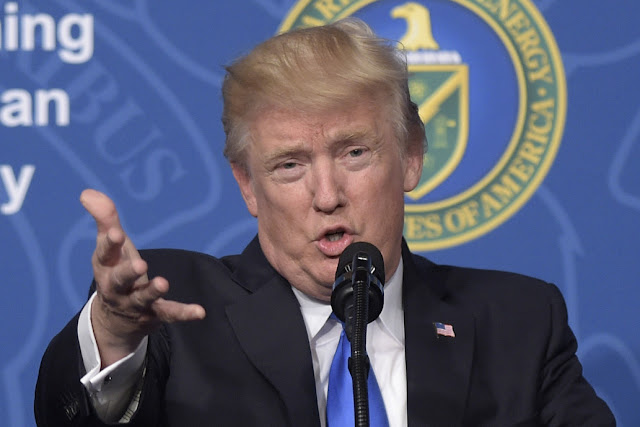 SAN FRANCISCO — The Trump administration plans to arrest parents and other relatives who authorities believe smuggled their children into the United States, a move immigrant advocates said would send a wave of fear through vulnerable communities.
A new “surge initiative” aims to dismantle human smuggling operations, including identifying and arresting the adult sponsors of unaccompanied minors who paid coyotes or other smugglers to bring young people across the U.S. border, Immigration and Customs Enforcement officials confirmed Thursday.
That marks a sharp departure from policies in place under President Barack Obama’s administration, during which time tens of thousands of children fleeing gang and drug violence in Honduras, Guatemala and El Salvador crossed the border and were placed with sponsors in communities nationwide. Sponsors — typically parents, close relatives or family friends — have been expected to care for the children while they go to school and seek legal status in immigration court.
“Arresting those who come forward to sponsor unaccompanied children during their immigration proceedings, often parents, is unimaginably cruel,” said Wendy Young, president of Kids In Need of Defense, a nonprofit that has matched thousands of unaccompanied minors with pro bono attorneys in the last eight years. “Without caregivers to come forward, many of these children will languish in costly detention centers or be placed in foster care at great expense to states.”
ICE officials did not respond to questions Thursday seeking details on the number of sponsors who would be targeted or already had been arrested, or what charges would be applied. Immigrant advocacy groups said they were investigating three arrests in Texas, New Jersey and Virginia that may involve sponsors.
Children whose sponsors were arrested would be placed with another verified relative or guardian, or under the care of the Office of Refugee Resettlement, the federal agency that takes custody of unaccompanied minors, said ICE spokeswoman Sarah Rodriguez.
“ICE aims to disrupt and dismantle end-to-end the illicit pathways used by transnational criminal organizations and human smuggling facilitators,” Rodriguez said. “The sponsors who have placed children directly into harm’s way by entrusting them to violent criminal organizations will be held accountable.”
Since October 2013, nearly 170,000 unaccompanied minors have been placed with sponsors in all 50 states and the U.S. Virgin Islands, and many are still awaiting their day in court, according to federal data. ICE officials said they were intervening after three incidents in Texas in recent years in which unaccompanied minors had been injured, sexually assaulted or locked into tractor trailers.
Last year, an Associated Press investigation and a bipartisan congressional probe found that the agency’s own inadequate screening had endangered more than two dozen migrant youth in the government’s care, including six Guatemalan minors who were placed with traffickers and forced to work on egg farms. The office later made numerous internal changes to strengthen its safeguards, but the program again came under fire recently after some unaccompanied minors were recruited by gangs in the U.S.
President Donald Trump has made immigration enforcement a top priority and has vowed to continue a crackdown on those living in the U.S. illegally and sneak into the country.
Leon Fresco, a former Obama administration Justice Department official, said Trump’s recent move likely would be challenged in court, given limits on the amount of time children can be detained.
“This sends a signal to young people who would cross the border not to cross, or your relatives will be placed in removal proceedings,” said Fresco. “This is a policy change to say a minor is no longer to be treated as a person worthy of our sympathy, but instead to be treated as another unlawful entrant whose entrance must deterred at all costs.”
Source>http://nypost.com/2017/06/30/feds-plan-to-arrest-parents-who-smuggled-kids-into-us/
Posted by theodore miraldi at 8:00 AM