Not going to FOOL American Voters Twice with a Socialist who was in Contempt of Congress and Actively Opposed Supreme Court Rulings in Justice Dept...tmiraldi 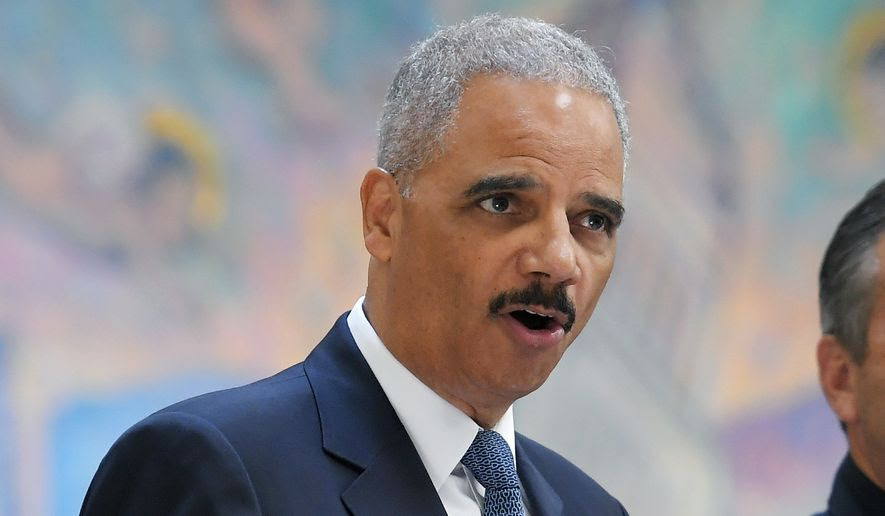 Douglas Ernst
Former Attorney General Eric Holder may be setting the stage for a 2020 presidential run due to Hillary Clinton’s failed campaign.
Mr. Holder arrived Monday at the Ronald Reagan State Building in Los Angeles to discuss ways officials can legally combat President Trump’s immigration policies, but he also addressed his desire to get “back on the field” of politics.
“Up to now, I have been more behind-the-scenes,” Mr. Holder told Yahoo News in an interview published Tuesday. “But that’s about to change. I have a certain status as the former attorney general. A certain familiarity as the first African-American attorney general. There’s a justified perception that I’m close to President Obama. So I want to use whatever skills I have, whatever notoriety I have, to be effective in opposing things that are, at the end of the day, just bad for the country.”
The former attorney general was on hand to support the California Values Act, or SB 54, a bill which aims to put a legislative wall between federal and local agents over Mr. Trump’s immigration policy.
“Now is the time to be more visible,” Mr. Holder said. “Now is the time to be heard. … I thought, frankly, along with everybody else, that after the election, with Hillary Clinton as president, I could walk off the field. So when she didn’t win, I thought, ‘We’ll have to see how this plays out.’ But it became clear relatively soon — and certainly sooner than I expected — that I had to get back on the field and be in effective opposition.”
Mr. Holder told Yahoo News that he is lending expertise to a group called the National Democratic Redistricting Committee. Its mission is to assist Democrats tasked with redrawing legislative and congressional districts.
Source>http://www.washingtontimes.com/news/2017/jun/20/eric-holder-hints-at-2020-run-must-get-back-on-the/
Posted by theodore miraldi at 5:14 PM