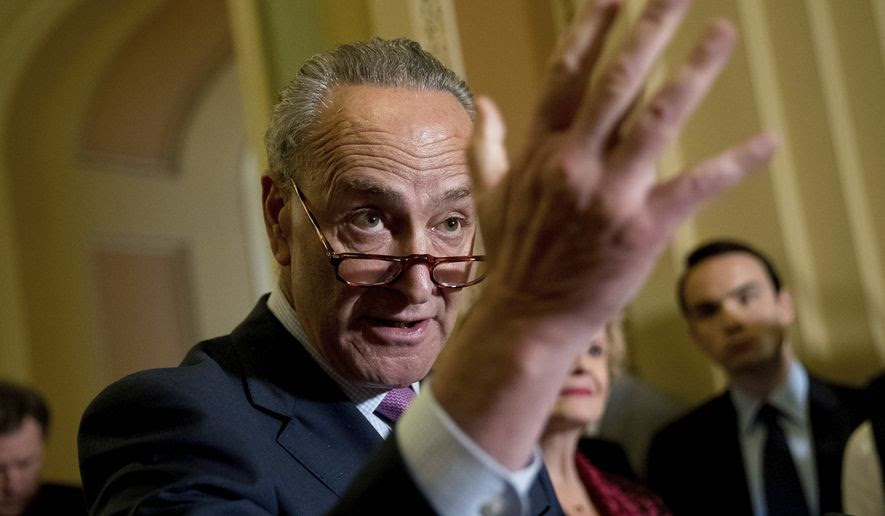 
A national security briefing for Senate Judiciary Committee members was scuttled Wednesday after a top Democrat invoked a procedural rule to delay the closed-door meeting.
Committee members had expected to use the briefing to press for further details about the Obama White House’s steps to “unmask” of members of the Trump campaign and transition officials. Lawmakers on the committee said Tuesday they intended to use the briefing to press for more information on the process by which intelligence agencies identified Americans whose communications were picked up as part of monitoring of foreigners outside the United States.
The delay earned rebuke from Sen. Charles Grassley, the head of the committee that had expected to be briefed.
“The Judiciary Committee was set to hear from senior intelligence officials about highly sensitive intelligence gathering authorities that will soon require action from Congress,” Mr. Grassley said. “It’s disturbing and reckless for the Minority Leader to block the briefing. We’ve seen too many recent reminders of how unsafe the world is today. This is no time to play politics with our national security.”
The delay occurred after Mr. Grassley said Minority Leader Chuck E. Schumer invoked the two-hour rule against holding committee meetings beyond the first two hours of the Senate’s day.
It was unclear when the briefing might be rescheduled.
Former National Security Adviser Susan E. Rice and other top officials from the Obama White House have come under suspicion that they inappropriately asked to unmask American citizens caught up in U.S. intelligence intercepts of foreign figures under surveillance in the Russia probe, apparently trying to find out whether Mr. Trump and his top aides were caught up in the investigation.
• Dan Boylan contributed to this report.
Source>http://www.washingtontimes.com/news/2017/jun/28/chuck-schumer-uses-senate-rule-delay-intel-meeting/?utm_source=onesignal&utm_campaign=pushnotify&utm_medium=push
Posted by theodore miraldi at 4:01 PM