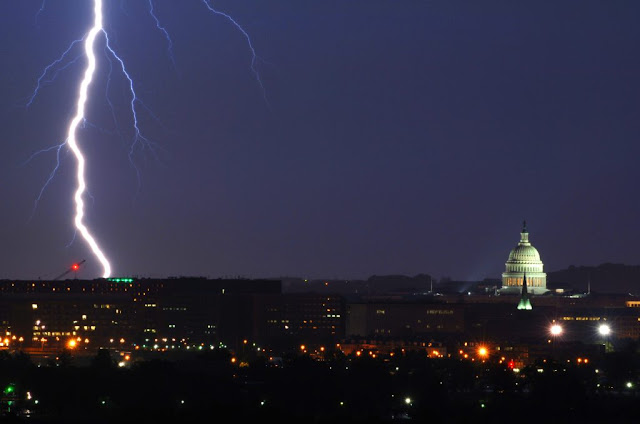 Angelo Codevilla
Editor’s note: This is the third of a three-part series.


Tocqueville’s The Old Regime and the Revolution echoes forward to our time by highlighting the continuity between France’s ancien regime and the ones that grew in France and throughout Europe after the Revolution. The book’s point is that before, and especially after the Revolution, there was less liberty, equality, and fraternity in Europe than there had been in the Middle Ages. This is Tocqueville’s counterpoint to his Democracy in America, which shows that the Americans alone had secured these goods by departing radically from the regimes that had governed Europe since the fourteenth century.
The ancien regime had drawn unto itself the energies, hopes and fears of France even more than those of other European peoples. It had overlaid a pervasive, omni-competent bureaucracy onto society. This administrative machinery having grown huge, required ever more of the people’s money in taxes, which further drained society’s energies. The regime had endowed private groups with government power. Nothing could be done without official or officious sanction. Law had been transmuted into administration, and administration had become unpredictable, arbitrary. The administrators had become a class apart, contemptuous of the people’ s right and capacity to manage their own lives. The ruling class was all-abuzz with schemes to reform society. It gloried in its own hostility to Christianity. The best and brightest disbelieved in God but had unbounded faith in themselves.
Tocqueville writes: “The government having taken the place of Providence, people naturally looked to it for their individual needs. Thus…the public interest came to consist of a mass of little private ones.”
The French monarchy had tried to substitute technocratic administration for politics. But “the administrative machine [that it had built] was so vast, so complicated, so inefficient and unproductive and unresponsive that the government itself bypassed it and built an alternate system alongside, which did the things which the bureaucrats pretended to be doing.” This alternate system was answerable directly but officiously to the king and his friends.
Country parishes and towns that once had taken care of their own public buildings, water works, and the poor, now had to apply for permission and funds to the central administration. “Toward the end of the 18th century, not even an alms-house in the depths of a province could be built unless the comptroller general could account for the cost and establish its rules….and if knowledge does not match the extent of power, all is left to low-level agents who act as veritable masters.” “The controller-general demands…detailed information on all persons involved. His subordinate turns to his own sub-delegates and transmits back up the line what they report, word for word as if he knew the matter personally.” In all this, the regime involved the judiciary, “to give the impression that some new rights were being substituted for the ones being taken away.”
Decisions depended on who happened to be in charge, and on his humor, because “laws and rules changed ceaselessly. Nothing remained in repose one instant…Ever-newer rules followed one another with such rapidity that the agents, being commanded … hardly knew what or how to obey.” That is why “even when the law was not changed, the manner in which it was applied changed every day.” “It is difficult to imagine the disdain in which the law fell among the very people who were administering it…” And yet, this was the Old Regime’s “whole character”: “rigid rules, pliable practices.”
The regime consisted of the administrators and of the class “which already had its particular spirit, its traditions, its virtues, its own values and pride. It’s the aristocracy of the new society.” Its chief characteristic was “the violent hatred which it felt for all, whether nobles or bourgeois, who wanted to meddle in public affairs, other than itself…In a word, [this class] objects to citizens intruding themselves in any manner whatever in their own affairs; it prefers sterility to competition.”
But while this class discouraged people from acting on their own behalf, it encouraged people to “attack the principles on which society rested…” They fostered discussion of all manner of moral and political change. “The ends which these reformers proposed were different, but the means proposed were always the same. They wanted to use the power of the central government in order to break everything and remake it all according to new plans conceived by themselves; It seemed that they alone were up to such a task. The power of the state must be as limitless as is its task; the only question is to make correct use of it.”

Tocqueville believed that America had gone much farther than any French Philosophes had ever imagined with regard to civil liberty. But he noted that the most notable difference between France and America was that, in America, the French ruling class’s “anti-religious doctrines had never been able to make an appearance, even given [America’s] unlimited freedom of the press.”

While the ruling class/reformers differed on many matters, they were united in their disdain for Christianity. Although “irreligion” was uncommon “among the middle classes and the people” it was “widespread among the princes and the beautiful people.” ”Since “those who denied Christianity raised their voices and those who still believed remained silent, it came to pass that those who kept the ancient faith feared to be the only ones doing so and, fearing isolation more than error, they joined the crowd without thinking like it….” “ [The ruling class] attacked the Christian religion without trying to put another in its place. [Emptying] souls of the faith that had filled them, they left them empty.”
But, “if the Frenchmen who made the Revolution were …incredulous…about religion, they believed in themselves. They had no doubt about the power and perfectibility of man…nor did they doubt in the least that they had been called to transform society and regenerate our species. For them, these sentiments and passions had become a new religion.”
Tocqueville believed that America had gone much farther than any French Philosophes had ever imagined with regard to civil liberty. But he noted that the most notable difference between France and America was that, in America, the French ruling class’s “anti-religious doctrines had never been able to make an appearance, even given [America’s] unlimited freedom of the press.”
Today’s America as 18th Century France?
Why do we recognize features of America’s present regime in Tocqueville’s description of 18th century France? Having established that the American founders rebelled precisely against these very features, and that they established a regime with features diametrically opposed to them, we must find the explanation for the similarity of what we have today to what the founders opposed in a cause that trumps any and all founders’ intentions. It is the very same cause that trumps any and all parents’ intentions to set children on one path rather than another. Namely, free will. While the founders founded an American regime that restrained government, they made no attempt to restrain anyone from adopting ideas and vocabularies hostile to the founding. Nor could they have, any more that God Himself could have made man in His own image—that is, with free will—and yet also somehow constrained Eve to “just say no” to the Serpent.

But, unlike the French, 18th century Americans reacted to these temptations by founding a constitutional structure designed to restrain human desires. They did that because they believed that such desires are properly subject to the “laws of nature and nature’s God.” None of them thought of individual liberty in the sense of fais ce que voudras.”

The Americans of 1776-1789 faced the same temptations as Eve and all other humans. We all want others’ deference, power over them, and above all to decide for ourselves rather than to discover what is good and what is evil. The desire to remake ourselves, others, and the world itself in our own preferred image and likeness is all too human. America’s founders faced these temptations just as had French kings, bureaucrats, philosophes, and revolutionaries—George Washington no less than Mr. l’etat c’est moi, Louis XIV or Robespierre. But, unlike the French, 18th century Americans reacted to these temptations by founding a constitutional structure designed to restrain human desires. They did that because they believed that such desires are properly subject to the “laws of nature and nature’s God.” None of them thought of individual liberty in the sense of fais ce que voudras.”
In subsequent generations, American leaders gradually came to see these restraints as offenses against their natural right to do and to be as they wished. They made this psychological and philosophical about-face because they adopted a view of human nature as a work–in-progress subject to human will. No sooner is the Biblical “God created man in his own image and likeness” dropped than “all men are created equal” becomes a meaningless piety, a “self-evident lie,” or an authorization for imposing one’s own vision of equality on everyone else. Absent the Biblical “Render unto Caesar the things that are Caesar’s and unto God the things that are God’s,” the First Amendment’s prohibition against establishing religion or preventing the free exercise thereof becomes a mandate for those in power to define what religion is and how it may or may not be exercised. Ceasing to ask “what is right by nature?” one must concentrate on “who can do what to whom?”
The Bible, Plato and Aristotle, had given sense to the American regime’s foundation-blocks. As that sense disappeared, humanity’s barbarous default rule reasserted itself. Plato’s Thrasymachus expressed that rule succinctly: “everywhere, right is the interest of the stronger.”

That defines the American regime under which we now live.
Source>https://amgreatness.com/2017/06/26/progression-degeneracy-part-three/
Posted by theodore miraldi at 6:19 PM