Rep. Schiff Says There is ‘EVIDENCE’ Trump Colluded with Russians 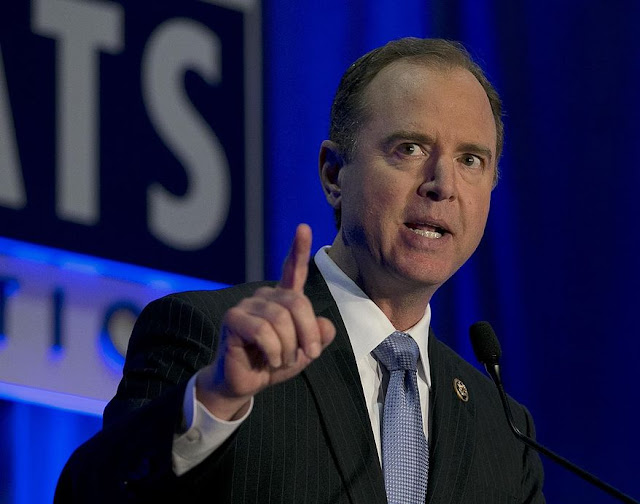 
The ranking Democrat on the House Intelligence Committee says he believes there is evidence that the Trump campaign colluded with Russia to interfere in the general election.
“Well I think there is evidence,” Rep. Adam Schiff said Sunday on ABC’s “This Week.” “I can’t go into the particulars of our closed investigation. But I also think there is evidence of obstruction. But in both cases, I would say, whether there is some evidence doesn’t mean there is proof beyond a reasonable doubt.”
The California Democrat also accused President Trump and his allies of waging a “scorched earth” campaign against special counsel Robert Mueller, the former FBI director who was appointed to head the Russia probe last month.
“What’s happening here is the president wants to take down Bob Mueller,” Mr. Schiff said. “His lawyer wants to take down Bob Mueller. And the question is why. And I think the answer is they want to lay the foundation to discredit whatever Bob Mueller comes up with.”
Mr. Schiff said the investigation is “just getting started.”


“We are far closer to the beginning of the investigation than we are to the end,” he said. “But it would be the worst form of negligence to our republic for us to say we’re going to close the investigation before we can determine whether there is merit to these allegations.”
Source>http://www.washingtontimes.com/news/2017/jun/18/rep-adam-schiff-says-there-is-evidence-that-trump-/
Posted by theodore miraldi at 3:02 PM