Russia ALLEGATIONS 'Boomeranging Back' on Democrats 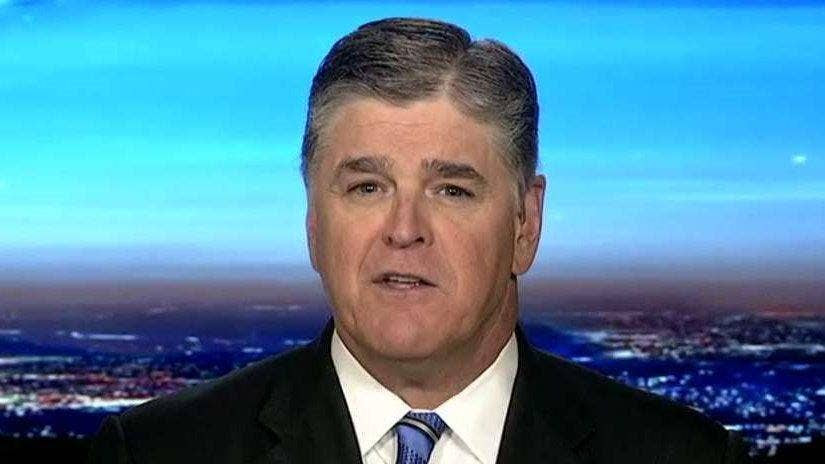 Fox News' Sean Hannity said Monday night that the ongoing controversy over Russian interference in the 2016 election campaign had rebounded onto the Democrats and "opened the door for their own investigations and real trouble."
In his opening monologue, the "Hannity" host proclaimed that, "real colluders are the ones who have been claiming collusion."
"The real fault for Russia’s election interference now falls – guess what? – at the feet of former President Obama," Hannity added. "The real crimes were committed, in fact, by Hillary Clinton. The real obstructer of justice is the former attorney general, Loretta Lynch ... And the real corrupt collusion is the relationship between the former FBI director, James Comey, and ... the special counsel Robert Mueller."
Hannity was referring in part to a Washington Post report that detailed Obama's "modest" response to intelligence about Russia attempts to disrupt the campaign.
"If President Obama knew what Russia was doing back in August of 2016, why didn’t he act?" Hannity asked. "The answer, we now know, is simple ... The president didn’t do any investigation because he actually thought Hillary [Clinton] was going to win. In other words, let me translate here, the only reason Russian interference and the story is a big deal, is because Donald Trump won.
"That’s what the special counsel needs to be investigating tonight," the host went on. "Real collusion: Obama this time defending Hillary, colluding so she’d win and not rocking the boat."
Source>http://www.foxnews.com/politics/2017/06/27/hannity-russia-allegations-boomeranging-back-on-democrats.html
Posted by theodore miraldi at 7:27 AM