SANDERS Layered Up in FEDERAL PROBE of BURLINGTON COLLEGE 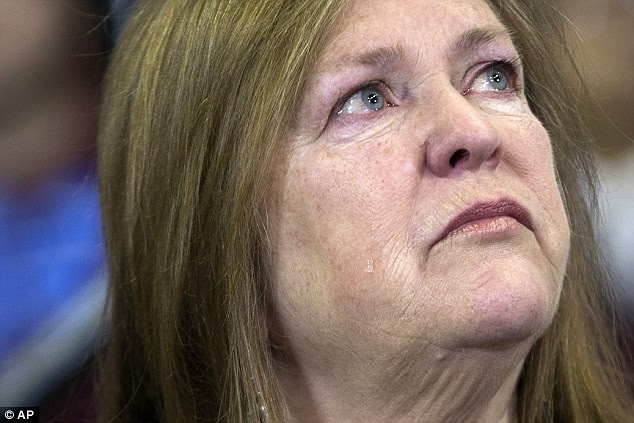 
Jane Sanders has hired attorneys to represent her in a Justice Department probe of a land deal she orchestrated while president of the now-defunct Burlington College.
A former college employee who coordinated the school’s response to an FBI subpoena in February 2016 said she was contacted by two attorneys representing Jane Sanders shortly after VTDigger broke the news confirming the federal probe in late April.
“They wanted information on what I had been asked by the FBI. They were trying to get clarification on what the accusations are because they had not been contacted by anybody as to an investigation,” said Coralee Holm, the former dean of operations and advancement for Burlington College.
Two former Burlington College trustees said they were also contacted by attorneys representing Sanders, wife of U.S. Sen. Bernie Sanders, I-Vt.
Holm said she got a call from the office of prominent Burlington attorney Rich Cassidy in late April or early May.
Jane Sanders did not immediately return a call requesting comment for this report and has refused VTDigger’s repeated requests for an interview about Burlington College since late 2015.
Cassidy also did not return a call Thursday requesting comment.
Holm said she was contacted in late May by Jennifer Windom, a partner in the Washington, D.C., firm Robbins, Russell, Englert, Orseck, Untereiner & Sauber. Windom’s questions were similar to those from Cassidy’s office, asking Holm to outline her understanding of the allegations against Sanders.
Holm said that after asking for more information, she declined to answer questions from either attorney.
Windom could not immediately be reached for comment Thursday. The bio on her firm’s website says she’s a trial attorney who specializes in “complex civil litigation and government investigations and enforcement actions.”
As president of Burlington College in 2010, Sanders secured a $6.7 million loan from People’s United Bank, which the college used to purchase a 33-acre lakefront campus for the school.
Federal investigators are probing aspects of that land deal, according to Holm and another former employee who said they had been contacted by the FBI. Federal officials have declined to comment on the investigation.
The loan agreement required the college to provide evidence of more than $2 million in pledged donations as collateral. However, three donors — including the largest, listed at $1 million — have told VTDigger their pledges were misrepresented in the loan documents.
Between 2010 and 2014 the college collected only $676,000 in donations, according to former college officials. The school was also never able to increase enrollment as Sanders had projected. It closed in May 2016, with officials citing debt from the land purchase as the primary reason.

Coralee Holm, dean of operations and advancement at Burlington College, emerges from the locked school to speak with alumni and reporters at the time it closed in 2016. File photo by Morgan True/VTDigger
Holm has said that when the FBI subpoenaed the school last year, an agent asked her for records relating to a list of donors in a spreadsheet the agent provided her, as well as communications from when Sanders was president. Holm said she gave the agent paper and digital records.
Emails obtained by VTDigger through a public records request show an FBI agent and the assistant U.S. attorney for Vermont who leads the criminal division were reviewing Burlington College records in the state’s possession as recently as February.
A woman listed as a $1 million pledged donor in the loan document that Sanders signed said she was interviewed by an investigator with the Federal Deposit Insurance Corp. in April.
Yves Bradley, chair of the recently dissolved Burlington College board of trustees, said Thursday that he was contacted a month ago by Cassidy’s assistant, who made it clear Cassidy was representing Sanders.
Bradley said he didn’t find out specifically what Cassidy hoped to discuss, because he declined the meeting on the advice of an attorney representing the board.
Jonathan Leopold, who chaired the Burlington College board of trustees finance committee when the land deal was inked — and when Sanders was forced out 10 months later — said he too was contacted by a lawyer representing her.
“We talked about my recollection of Burlington College finances. That’s really all I want to comment about,” Leopold said. He refused to provide further detail about the discussion.
Leopold said the conversation took place about a month and a half ago, and he did not recall the attorney’s name. Leopold said he was not familiar with the attorney who called on Sanders’ behalf, but he said it was not Cassidy.
Leopold served in Bernie Sanders’ mayoral administration in Burlington in the 1980s and later the administration of former Mayor Bob Kiss.
(Disclosure: Rich Cassidy is defending VTDigger in Cegalis v. VTDigger, a defamation case in Washington County Superior Court.)
Source>https://vtdigger.org/2017/06/22/sanders-lawyered-up-in-federal-probe-of-burlington-college/
Posted by theodore miraldi at 7:57 AM