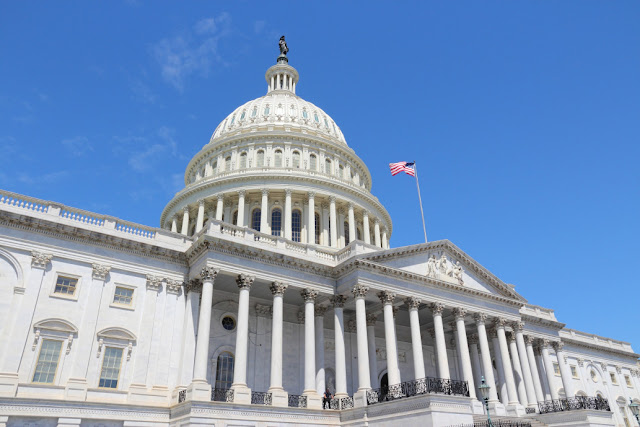 
The Senate Republicans’ health-care bill would cut the deficit by $321 billion over 10 years but result in 22 million fewer Americans having health insurance than under ObamaCare, the Congressional Budget Office said on Monday.
The number of uninsured would be slightly less than the 23 million estimated under the House’s health-care bill, the nonpartisan office said in a report.
About 15 million would be without coverage next year compared with existing law but “primarily because the penalty for not having insurance” would be eliminated, the report said.
The Senate bill would send medical costs for millions of poor and sick Americans soaring in the short term, although they would come down starting in 2020, the CBO found.
“Under the Senate bill, average premiums for benchmark plans for single individuals would be about 20 percent higher in 2018 than under current law, mainly because the penalty for not having insurance would be eliminated, inducing fewer comparatively healthy people to sign up,” the report said.
There would likely be a reduction in basic health protections under the bill that would repeal ObamaCare, according to the CBO, because the law would allow states to seek waivers from requirements that include essential health benefits — meaning prescription drugs, maternity care and emergency services would not have to be covered.
The CBO also said the plan would mean $321 billion in savings to the federal government over 10 years, compared with $119 billion for the House version.
The White House dismissed the uninsured estimate, saying the CBO has “consistently proven it can’t accurately predict how health-care legislation will impact insurance coverage.”
It pointed to a 2013 estimate that 24 million people would be covered under ObamaCare by 2016. About 11 million actually ended up with insurance.
The Senate bill does away with ObamaCare’s individual and employer mandates, cuts the growth of Medicaid spending and reduced taxes on individuals making more than $200,000 a year.
Senate Majority Whip John Cornyn (R-Texas) said the Senate must vote on the bill this week.
“I am closing the door. We need to do it this week before double digit premium increases are announced for next year,” he tweeted.
But the bill’s fate remained unclear as at least five GOP senators — Rand Paul (Ky.), Ted Cruz (Texas), Dean Heller (Nev.), Ron Johnson (Wis.) and Mike Lee (Utah) — have said they would not vote for it in its current form.
“I’ve not said I’m a no. But I’m not a yes yet,” Johnson told conservative radio host Hugh Hewitt on Monday.
Johnson then slammed Senate Majority Leader Mitch McConnell (R-Ky.) for forcing a vote before the upper chamber leaves for its summer recess on Friday.
“I see what leadership’s trying to do,” he said. “They’re trying to jam this thing through.”
Other Republican moderates remain uncommitted, including Sens. Rob Portman (Ohio), Lisa Murkowski (Alaska) and Shelley Moore Capito (W. Va.).
Like Heller, they represent states that have expanded Medicaid under ObamaCare. The Senate plan could leave hundreds of thousands of their constituents without coverage, including those who choose not to buy insurance.
White House spokesman Sean Spicer said President Trump called Capito, Cruz, Johnson and Paul over the weekend to “hear their concerns and get their ideas and understand where they’re at and what needs to get done.”
Republicans have 52 of the 100 Senate seats. With no Democratic support, they can’t lose more than two votes to pass the bill.
The president wants Congress to send him a final health-care bill before lawmakers leave DC for their annual August recess.
The Senate released a revised version of the bill earlier Monday that included a “continuous coverage” provision that would lock Americans out of the individual health-insurance market for six months if they don’t have coverage for more than 63 days over the previous year.
The waiting period was meant to persuade healthy people to maintain policies to avoid a “death spiral” in which the proportion of sick people would exceed the number of healthy consumers, causing premiums to skyrocket.
Meanwhile, health-industry groups came out against the Senate bill, although insurance giant Anthem backed it.
American Medical Association CEO James Madara said the bill would violate his group’s core principle that doctors “first, do no harm.”
A nonpartisan group representing Republican and Democratic state officials who administer Medicaid programs predicted that the legislation would not work.
In a strongly worded statement that reflected the “unanimous” views of its members, the National Association of Medicaid Directors said the bill would be “a transfer of risk, responsibility, and cost to the states of historic proportions.”
Source>http://nypost.com/2017/06/26/senate-health-care-bill-will-leave-22m-more-uninsured-by-2026-cbo/
Posted by theodore miraldi at 8:00 AM