Our HomeGrown Socialist Sans Humility for Omnipotence by Censoring Debate. Now Sees Himself as Godly. 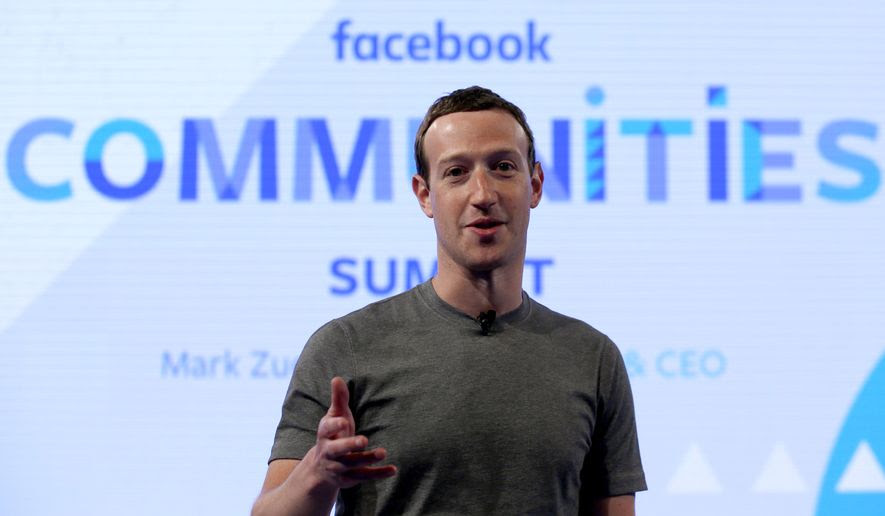 A recent speech by Facebook founder Mark Zuckerberg featured the billionaire’s latest vision — turning his company into an institution that can mimic religion’s role in civil society.
Mr. Zuckerberg spoke to a Chicago audience on June 22 about his plan to use Facebook’s cultural reach to shape communities. Early reporting mentioned his broad hopes for society as a whole — “ending poverty, curing disease, stopping climate change, spreading freedom and tolerance, stopping terrorism” — although CNBC provided additional details on Monday.
“It’s so striking that for decades, membership in all kinds of groups has declined as much as one-quarter,” Mr. Zuckerberg said, the network reported. “That’s a lot of people who now need to find a sense of purpose and support somewhere else. People who go to church are more likely to volunteer and give to charity — not just because they’re religious, but because they’re part of a community.”
“A church doesn’t just come together,” he continued. “It has a pastor who cares for the well-being of their congregation, makes sure they have food and shelter. A Little League team has a coach who motivates the kids and helps them hit better. Leaders set the culture, inspire us, give us a safety net, and look out for us. […] If we can do this, it will not only turn around the whole decline in community membership we’ve seen for decades, it will start to strengthen our social fabric and bring the world closer together.”


The billionaire said he plans to use Facebook to connect 1 billion users to different communities.
Source>http://www.washingtontimes.com/news/2017/jun/27/mark-zuckerberg-facebook-could-fill-role-played-by/
Posted by theodore miraldi at 8:11 AM