The PARTY'S OVER and No Place to Call Home 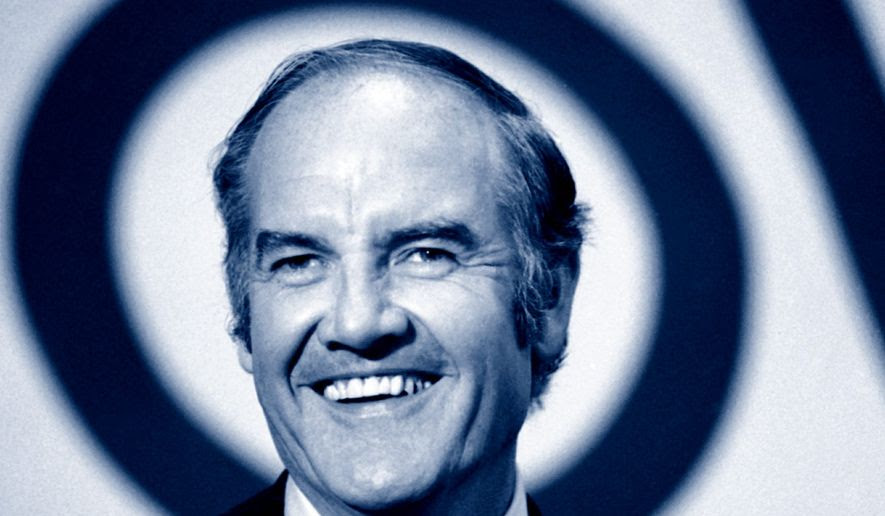 
That’s the dilemma of the Democrats, forlorn, despondent and walking in circles like the goose hit on the head with a long-handled wooden spoon. They’re asking questions for which there are no happy answers in the wake of their fourth straight loss in a round of special elections.
The only consoling words the mainstream-media pundits have come up with is that they came close. “It certainly wasn’t a blow-out,” one Democratic consultant said on election night. “We did pretty well.”
Well, not as bad as it could have been, anyway. That was the consolation a small boy offered to George McGovern a day or so after he lost 49 of 50 states — which one pundit called “running the table from A to B.” The late Mr. McGoo, a genuinely nice guy who didn’t have a clue about what made the America of his time tick, waited to board a flight with a man and his little boy. The boy told him: “Don’t feel too bad, coming in second is pretty good.”
Ah, but the big boys call “coming in second” something else, “losing,” but saying it as if “losing” was a bad word. “Nice guys,” as Leo Durocher, the baseball manager rightly said, “finish last.” George McGovern was the party’s experiment in trying to light a fire with something from the left wing woodpile, and when the logs are wet it’s hard to do that.
When everybody is down, cold, and bruised, trying again to start a fire with something wet might look like something that could work. Bernie Sanders and Elizabeth Warren, Pocahontas and the Old Codger, are eager to try again with the unlikely. They want the party to embrace a candidate who will campaign against “the 1 percent,” income inequality and promise lots of free stuff, such as a free college education, even for those who don’t want it enough to work for it, and “free” health care for the halt, the lame and everyone else. Candidates for the Senate, the House and the county courthouse, which lately Democrats can’t seem to win, either, would be expected to embrace the radical and the revolutionary, too. With an all-out, full-throated, campaign like that they might win a state or two again. “Coming in second is pretty good.”
Railing against Donald Trump, accusing him of racism, bigotry, child abuse, treason, changing lanes in rush-hour traffic, sexism, insufficient respect for LGBT, and even mopery, with The Washington Post and The New York Times in a daily race to see who can get the most rants on Page One, is great fun for the Democratic base. But so far it can’t win elections.
But neither can civility and good manners, as Jon Ossoff learned in the suburbs of Atlanta. These suburbs were thought by Democrats to be the place to break the losing streak. After all, these were not the rural, small town deplorables with a gun and a Bible, but “people like us.” Some of the suburbans even went to college, and if they went to church on Sunday they probably slept through most of the sermon. Civility and good manners came in second, too.
“Our brand is worse than Trump’s,” the glum election-night benediction by Rep. Tim Ryan of Ohio, has been repeated so often since that it has become a mantra. “We can’t just run against Trump.”
Or will they? The dilemma of the Democrats is that they’re trying to sell what nobody, or at least not enough nobodies, will buy. Donald Trump won in spite of being Donald Trump because somebody finally exposed the elites, both Democrats and Republicans, as the empty shoes and suits they are.
A year ago, as the Donald was winning Republican primary after primary, and Hillary Clinton was playing “the inevitable president” in every news cycle, the media and the consultant class wrote off not only the Donald, but the Republican Party as well. Looking as wise as a tree full of owls, the pundits even began writing about the Grumpy Old Party with a little sympathy, as if it was a Christmas Eve congregation at the nursing home. The Republicans were not long for this world, bless their hearts, so give them another slice of fruitcake.
Nobody’s saying that now. The investigations into the president’s various collusions, with what and with whom is still not quite clear, and he still does not look like a dead man walking. The not-so-loyal opposition has been reduced to a party consumed by issues of race and class. The Census Bureau reported this week that last year, for the first time in a century, more white folks died than were born. Maybe all the Democrats have to do is hang on. Help’s a-coming.
Source>http://www.washingtontimes.com/news/2017/jun/22/democratic-party-no-longer-has-a-home/
Posted by theodore miraldi at 7:03 PM