An investigation about nothing could become something worse. 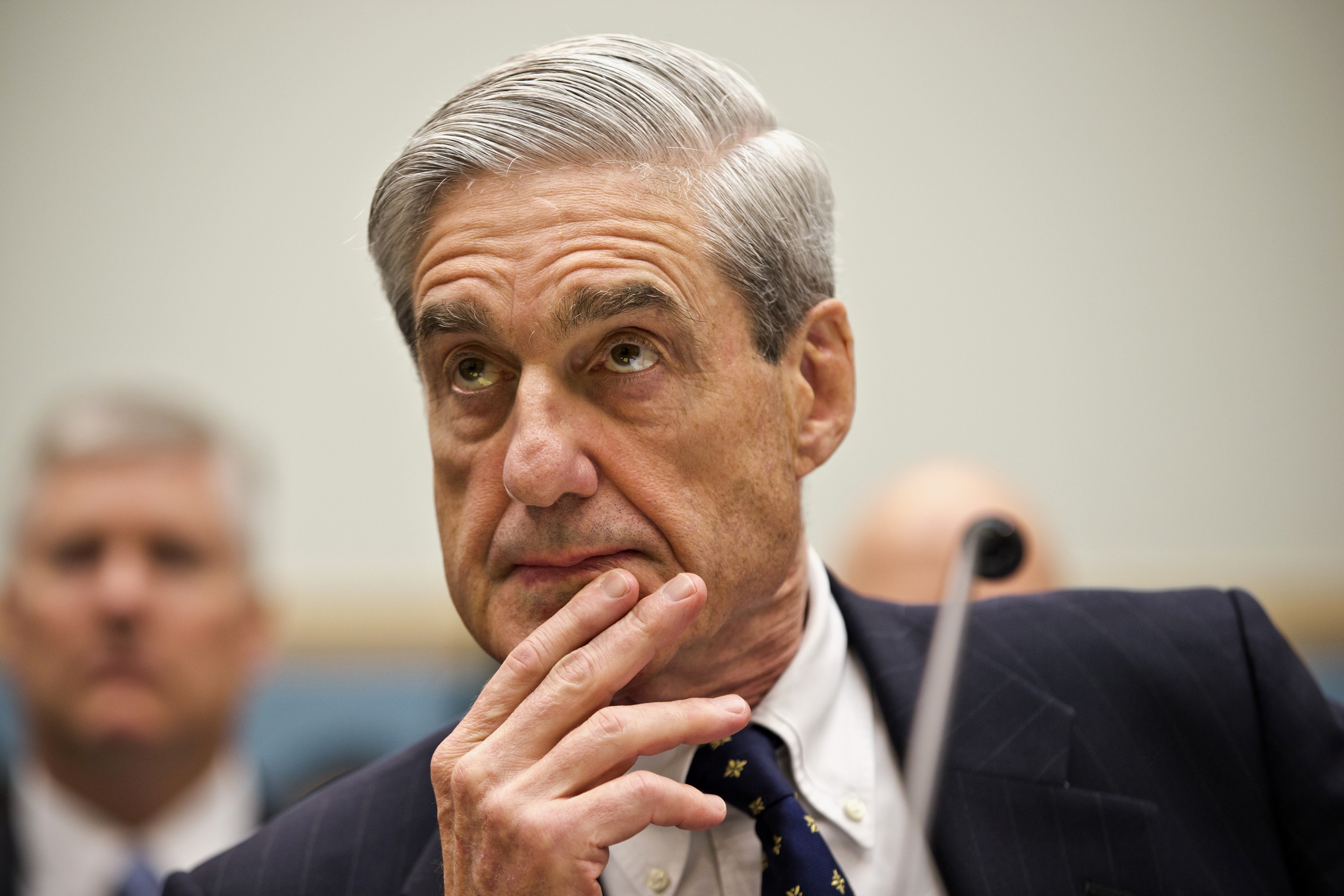 James Freeman
“After 7 months of investigations & committee hearings about my ‘collusion with the Russians,’ nobody has been able to show any proof. Sad!,” tweeted President Donald Trump this morning. Mr. Trump isn’t known for understatement, but in this case his argument is stronger than he suggests, because then-Director Jim Comey’s FBI began looking for evidence of collusion nearly a full year ago. It still hasn’t appeared, which means that Department of Justice Special Counsel Robert Mueller is conducting an investigation in search of a premise. But if this is starting to look like the Seinfeld of federal productions—a show about nothing—recent events suggest it could end up being about something worse.
Mr. Mueller has a sterling reputation and a long record of service to the United States, including as a decorated Marine in Vietnam and as Mr. Comey’s predecessor atop the FBI. He is known for his independence and professionalism, which makes recent media reports about his burgeoning investigation rather puzzling.
CNN reports today that Mr. Mueller has already hired 13 lawyers and plans to hire more. The network describes the investigative team:

Among them are James Quarles and Jeannie Rhee, both of whom Mueller brought over from his old firm, WilmerHale. He’s also hired Andrew Weissmann, who led the Enron investigation.

“That is a great, great team of complete professionals, so let’s let him do his job,” former independent counsel Kenneth Starr, who investigated President Bill Clinton in the 1990s, told ABC News.

While only five attorneys have been identified, concerns have come up over the political leanings of Quarles, Rhee and Weissmann. They have donated overwhelmingly to Democrats, totaling more than $53,000 since 1988, according to a CNN analysis of Federal Election Commission records.

If Mr. Mueller promptly exonerates the President, the presence of partisan Democrats on the investigative team will certainly lend credibility to Mr. Mueller’s findings. In a similar way, the presence of Trump donors on the team would bolster Mr. Mueller’s case if he ended up claiming that the President did something wrong.
Conscientious people—and even attorneys—can put their politics aside and perform honest service. But rather than deciding which political partisans to engage in this work, shouldn’t Mr. Mueller be seeking people who don’t have a particular rooting interest in the outcome? For both the appearance and the reality of a fair inquiry, an independent staff would seem to be an obvious objective when assembling the team.
Is it hard to find good lawyers who aren’t political activists? Mr. Mueller is obviously comfortable hiring former WilmerHale colleagues, and it turns out it’s not so easy finding attorneys there who aren’t partisans. The firm’s investigative and criminal litigation practice group is one obvious place to look for lawyers to join the Russia investigation. Both co-chairs of this group at WilmerHale are Democratic donors, according to OpenSecrets.org. This group is part of a larger “Litigation/Controversy Department,” and its chair and all four vice chairs are also Democratic check-writers, though a couple of them have also contributed to Republicans. Many of the more junior attorneys are also active in politics, which means Mr. Mueller may need to get outside his comfort zone if he wants more independent thinkers.
Again, just because Mr. Mueller hired people who gave hefty donations to Democrats doesn’t mean these lawyers can’t do a professional job searching for the long-sought evidence of collusion. But then what are we to make of the Washington Post report this week with various anonymous sources saying Mr. Mueller’s team is investigating if the President obstructed justice—and then another Post report based on leaks saying Team Mueller is looking into presidential son-in-law Jared Kushner’s business dealings?
As for the idea that Mr. Trump might have obstructed justice, Andy McCarthy and Alan Dershowitz and Michael McConnell have separately explained why this is a big stretch, and Richard Epstein makes the case that if anyone in this drama is vulnerable to a possible obstruction charge, it’s Mr. Comey.
But whatever one believes about the President, the Post reports make Mr. Mueller’s team look like political hacks focused on providing inappropriate leaks from an investigation just barely in progress, rather than professionals who are putting aside their politics to do a public service. This is assuming the Post reports are accurate.
Yesterday, Deputy Attorney General Rod Rosenstein released this statement:

Americans should exercise caution before accepting as true any stories attributed to anonymous ‘officials,’ particularly when they do not identify the country – let alone the branch or agency of government – with which the alleged sources supposedly are affiliated. Americans should be skeptical about anonymous allegations. The Department of Justice has a long-established policy to neither confirm nor deny such allegations.

Is he saying this is another case of fake news? If not, it suggests that Mr. Mueller has already made significant errors in staffing his investigation.
Source>https://www.wsj.com/articles/the-special-seinfeld-1497641067