The TRAGIC Bolshevik Legacy, 100 Years On 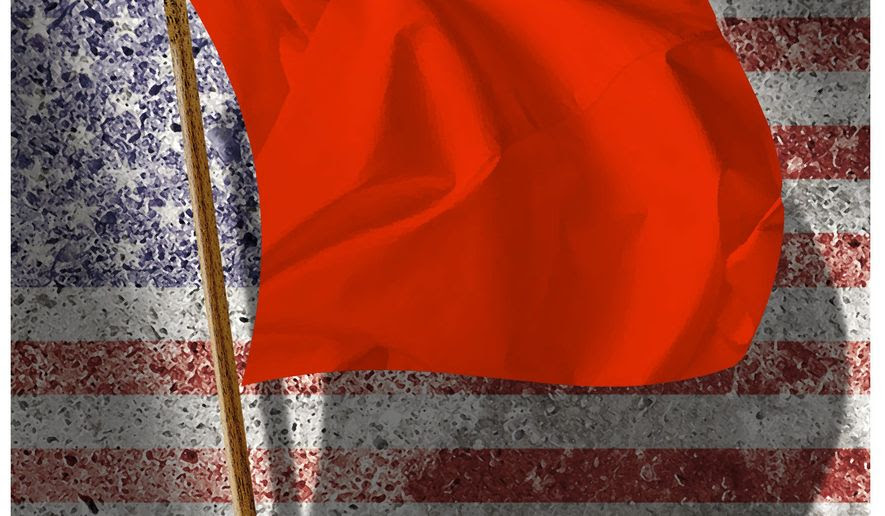 ANALYSIS/OPINION:
This year marks 100 years since the Bolshevik Revolution took place in Russia. That year, the centuries-old czardom of Russia and the brief liberal democracy that replaced it collapsed and was soon replaced by the Soviet Union, the world’s first stable communist state.
It was that year, a long, bloody, century ago, that the class warfare and revolutionary ideas of Marxism went from being the fanciful talk of disaffected intellectuals to a serious international political and historical force.
Since that fateful event, which the title of John Reed’s “Ten Days that Shook the World” so aptly captures, communism through its various forms and adherents has directly led to the deaths of well over 100 million people and the subjugation of countless more across the world.
With the end of the Cold War, many Americans may believe that communism has now been relegated to the history books, and as a tragic holdout in nations like North Korea and Cuba or as a curious aberration in nations such as China and Vietnam. Yet on this 100th anniversary, it is worth the time for Americans to reflect on the lessons of the incredible hardships of this past century as well as the challenges the future may pose.
Over the course of the 20th century, the United States was the center of human freedom and God-given liberty in polar contrast to totalitarian ideologies, most notably communism.
Tens of thousands of American service members lost their lives fighting for the freedom of peoples around the world from communism.
Conflicts in such places as Vietnam and Korea, and other countless anti-Communist expeditions and engagements, were unique because these were not conflicts in self-defense like almost all of America’s other wars but were wars waged in the name of moral dignity and truth.
The stark contrast between America and totalitarian regimes such as the Soviet Union clarified in our minds and hearts the ideals and values that made us different from them. This contrast also often pushed us to live up to our ideals whenever we strayed.
Yet we are already showing worrying signs of forgetting our past.
In 2012, movements such as Occupy Wall Street attempted to capitalize on the real hardships many Americans were feeling in the wake of the financial crisis. However, rather than promoting more insulation in the system, many sought to throw out the system all together.
Since then, many of these attitudes have not dwindled but grown.
A 2016 poll by YouGov showed that while millennials still saw communism “very unfavorably,” they did so at a rate (37 percent) that was significantly lower than Americans as a whole (57 percent).
Furthermore, many millennials expressed worrying sentiments, such as distrust of capitalism, ignorance of communism’s record and history, and support of Marx’s quote “from each according to his ability to each according to his needs.”
“Democratic” socialist Bernie Sanders ran on redistributionist policies and class warfare rhetoric. The shocking level of support he and other similar candidates and movements did and still receive, as well as the rise of far more extreme trends such as “Antifa” and campus free speech suppression, are warning signs for the direction some in our country are sliding toward. It is incredibly tragic that such beliefs are taking root in the center of liberty and freedom in the world. Over the course of this past century, the idea of class warfare and totalitarian ideas gaining traction in the United States was laughable. Efforts not only by the government but by the citizenry itself ensured that such ideas would never be able to take root in this fortress of human liberty.
Ironically, the fact that communism has never taken root in America is likely a major cause of current increasing comfort with and interest in some of its tenets. Many other nations have directly experienced the hardships of communist tyranny and war, and have been hardened against the extreme left’s siren song through direct personal, familial and societal experiences. In contrast, in modern America communism has largely only been an abstract idea seen on TV or read about in books.
Now that the pressing existential threat of nations such as the Soviet Union has seemingly been alleviated, many have stopped combating the collectivist ideals which fuel Marxist thought. However, many of those on the ultraleft have not stopped pushing their anti-liberty ideas.
On this 100th anniversary of the October Revolution, it is time for all of us to remind ourselves and others of the ideals that define America — individual liberty, the Constitution, rule of law, and God-given freedom. The lessons of this past century have been learned with too much sacrifice to be forgotten so easily.
Source>http://www.washingtontimes.com/news/2017/jun/20/communism-gnaws-at-american-100-years-after-bolshe/
Posted by theodore miraldi at 8:38 AM