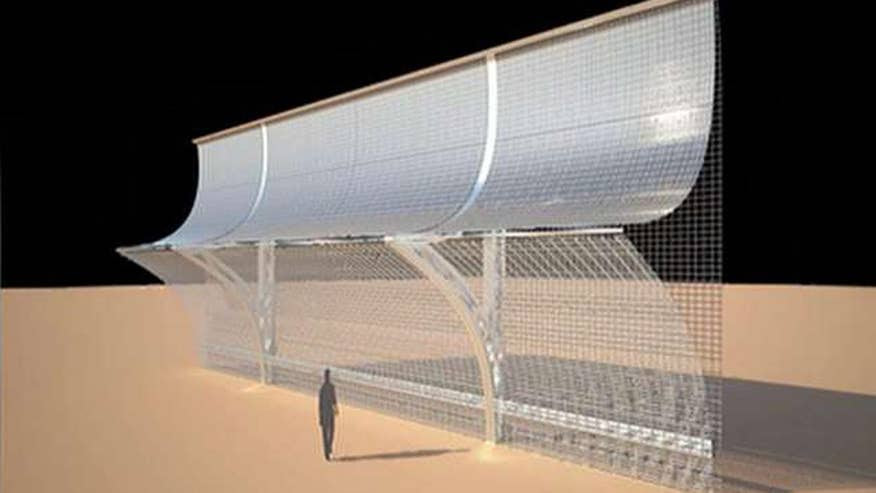 The agency in charge of U.S. border security plans to start building prototypes for President Trump’s proposed wall with Mexico later this summer.
Ronald Vitiello, Customs and Border Protection’s acting deputy commissioner, said Tuesday that four to eight companies will get contracts for prototypes in San Diego that could be models for the roughly 2,000-mile border. Companies will have 30 days to complete the models.
Vitiello says it’s impractical to build a wall on about 130 miles of border where there are already natural barriers, like lakes or canyons.
Trump’s budget proposal for 2018 includes $1.6 billion for 74 miles of wall in Texas’ Rio Grande Valley and San Diego. There are currently 654 miles of fencing.
Earlier this month, Trump mentioned building the wall with solar panels.
“Think of it,” Trump told a crowd at a rally in Cedar Rapids, Iowa. “The higher it goes, the more valuable it is. Pretty good imagination, right?”
Trump has been criticized by some of his supports for what they see as a lack of attention to one of his key campaign promises. Construction has not begun and there has been resistance from Congress. The White House insists that the plan is on track.
Days after taking office on Jan. 20, Trump signed an executive order calling for a "physical wall along the southern border." But the order didn't include specific details or say how it would be funded or how much it might cost.
The Associated Press contributed to this report
Source>http://www.foxnews.com/politics/2017/06/28/trump-administration-plans-border-wall-models-in-summer.html
Posted by theodore miraldi at 7:47 AM