US SHOOTS DOWN Iranian Drone in Syria 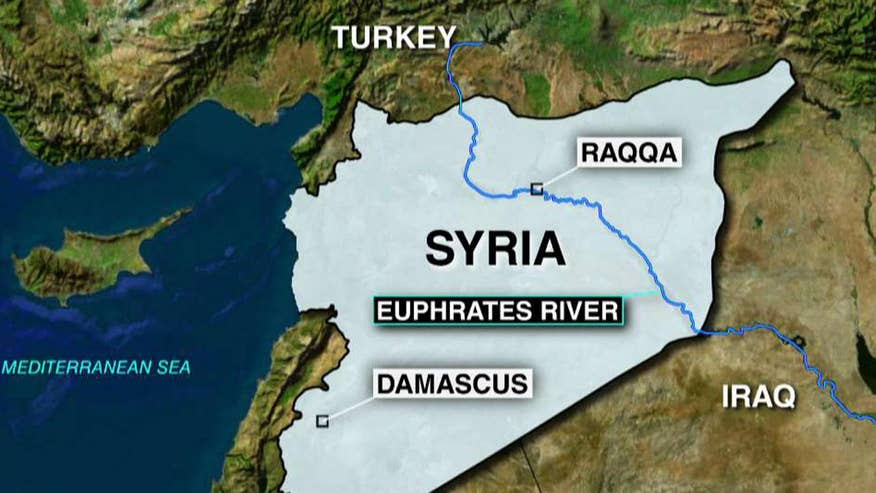 
A U.S. jet shot down an Iranian drone flying in southern Syria near U.S.-backed forces on Monday, a U.S. defense official confirmed to Fox News.
A U.S Air Force F-15 shot down the Iranian-made drone, according to the official.
This is the second time the U.S. has shot down an Iranian drone in less than a month. U.S. officials reported on June 8 that an American fighter jet shot down a drone likely connected to Iranian-supported Hezbollah forces. The drone fired on U.S.-backed troops before it was taken down. An Army spokesman at the Pentagon said at the time that the drone carried more weapons and was considered a direct threat.
Monday's incident also marks the fifth time since late May that the U.S. military has bombed pro-Syrian forces in southern Syria.
US special operations forces have been training Syrian rebels at an outpost near al-Tanf Syria, close to Syria’s border with Iraq and Jordan for the past few years.
On Sunday, a U.S. F-18 Super Hornet shot down a Syrian Air Force fighter jet near the town Tabqa for the first time, U.S.-led coalition headquarters in Iraq said in a statment. The Syrian government SU-22 dropped bombs near the Syrian Democratic Forces.
The Associated Press contributed to this report.
Source>http://www.foxnews.com/world/2017/06/20/breaking-us-shoots-down-iranian-drone-in-syria.html
Posted by theodore miraldi at 10:36 AM