These are only the latest believers who would like us to believe that God and the Bible are totally cool with homosexuality. They are not. 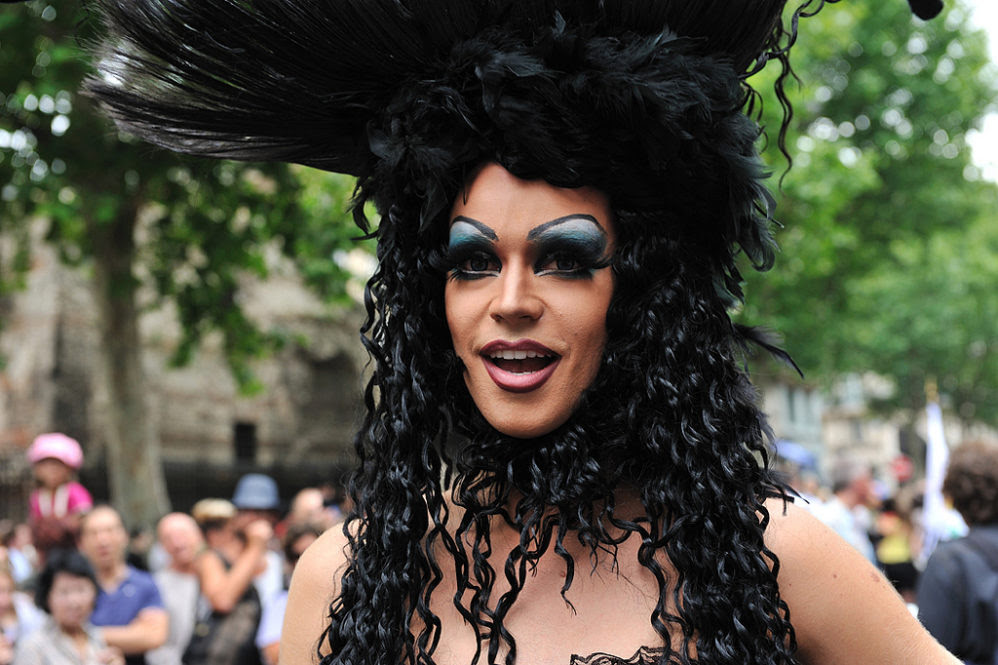 Eugene Peterson, translator of the very popular bible adaption The Message and a favorite writer in evangelical circles, shocked many this week, stating that he’s perfectly comfortable performing a same-sex wedding. He explained, “I think that kind of debate about lesbians and gays might be over. …I think it’s a transition for the best, for the good. …[I]t’s not a right or wrong thing as far as I’m concerned.” Update: the next day his literary agent released a statement saying Peterson did not imply this and holds to a biblical definition of marriage as between one man and one women. I take him at his word. This article has been slightly changed to reflect this new information.
Noted Catholics, comedian Jim Gaffigan and his wife Jeannie (whom Jim humorously describes as a “Shiite Catholic”) proudly took their five young kids to New York City’s recent Gay Pride parade, joyfully waving their rainbow flags. There have been a disturbing number of people who claim the name of Christ who would like us to believe that God and the Bible are totally cool with homosexuality. They are not. These folks are sowing a great deal of confusion among Christians today, which is troubling and must be set straight in clear terms.
Squaring homosexual sexual relations with the Jewish and Christian scriptures requires that one either ignore its clear and historic teaching or perform a clever textual sleight of hand. It’s the only two ways one can arrive there. Here are ten foundational truths that must inform the person who seeks to be true to faithfully orthodox Christian belief. The first sets the stage for the whole discussion.

1. All Humans Are Simultaneously Sinful and Loved

All people, regardless of their story, are deeply and unconditionally loved by God, each created with profound dignity and worth, not one more than another. This is more than mere religious happy talk, it’s the truth, whether one is gay, straight, or otherwise.
But all people are also stricken with a terminal illness: sin. Everyone. No exceptions. And all to the same degree. Our sin demands our repentance and needs forgiveness, and God’s love and grace are where we find both. All of us are dirty and all of us can be made clean. This is basic Christianity and the great equalizer of all people.

Some claim Jesus never said anything about homosexuality and therefore is neutral on the topic. First, this demonstrates embarrassingly bad logic. Argument from silence. Second, it’s not true.
The question is not whether Jesus ever said anything about homosexuality. The overarching question is “What was the sexual ethic that Jesus taught?” Ask any of these innovators. For all their effort, they have remarkably never considered this question and thus, don’t have a clear answer.
Jesus was unequivocal in saying that to understand marriage and the sexual union, we must go back to the beginning of Genesis and see how God created humanity and to what end. (See Matthew 19 and Mark 10.) No way to spin that. Jesus holds up the creation story, not as a quaint Sunday school lesson, but as solidly authoritative, reminding us that God created each of us male or female, each for the other. And the sexual union that God created and ordains is for husband and wife to come together in an exclusive physical union, one flesh.
These theological revisionists don’t even really concern themselves with the early Genesis texts.

3. There Is Only One Option

Both Jesus and all of Scripture approve of no other sexual union than that between a husband and wife. This is the uncontested historical teaching of Judaism and Christianity, and it is not something we are free to adjust with the times.
In fact, when Jesus spoke of sexual ethics, he doubled down on tightening the restrictions: “Everyone who looks at a woman with lustful intent has already committed adultery with her in his heart.” He’s the opposite of elastic on sexuality.

4. Male and Female Are God’s Image on Earth

This point is the real guts of the matter.
The first chapter of Scripture tells us that humanity is uniquely created male and female to show forth the image of God in the world—to make visible the divine invisible. God does this not just in some generic, androgynous humanity, but through two very similar but distinct types of humans: male and female. They are divine and human universals, not cultural constructs.
When husband and wife—as sex-distinct beings—come together, they become something much larger and mysterious. It’s clearly stated in the Bible here. No other human relationship does this, as loving and sincere as they might be.

5. Sex Is Indeed about Babies

The belief that human sexuality is all about intimacy and pleasure but not necessarily babies is terribly novel and culturally peculiar. Babies and reproduction matter. And sure, while not every male-female sexual union is toward the end of procreation, it has been the overwhelming norm and desire in nearly all marital relationships throughout time.

That some couples are infertile either by age or incapability does not diminish or challenge this reality. Infertility is the vast exception for male-female couples and is deeply mourned by them for a reason. By contrast, all same-sex unions are a human cul-de-sac. This is true from both a Christian and evolutionary worldview. Only the heterosexual union can reach into the future and create the next generation.

6. Children Have a Right to a Mother and Father

Every person ever born can track his origin and most intimate make-up to a particular mother and father. There are no exceptions. This was the first command God gave to the first two humans: to come together and bring forth the coming generations of new divine image-bearers.
Nearly all cultures in all places in the world at all historical times hold as fundamental that every child should, as much as possible, be loved and raised by the mother and father whose DNA they share. The United Nations Convention on the Rights of the Child recognizes a mother and father as a basic right of every child.

7. Same-Sex Attraction Is Not a Sin

To be human is to have a disordered sexuality. You do. I do. Everyone does. We all have some manner of sexual drive that compels us to disobey God’s design for sexuality. But while temptation is universal, it’s different from sin. Scripture tells us that Jesus was tempted in all ways as we are, but did not sin (Hebrews 4:15). Sexual sin is giving in to the desires contrary to God’s design in either mind or body. Faithful Christian discipleship cannot avoid temptation. But it must avoid acting on that temptation.
Many people are indeed same-sex attracted, but live obediently within a Christian sexual ethic. It can be difficult, as it is for heterosexuals who are required to live in celibacy. Christianity requires that we each subjugate our sexual (and many other) desires to our faith commitment, and countless same-sex attracted believers do so willingly and joyfully. They should be held up as faithful examples and hopeful encouragers to all who experience same-sex attraction.

8. Sexual Intimacy Is Not a Right

Every Christian has limitations placed on his sexuality. For married Christians, it is exclusive to one’s spouse. For single, engaged, and divorced Christians, it is abstinence, no exceptions. Is it unfair for so many to be forced into a life that cannot know the wonder and beauty of physical intimacy just because marriage is not an option for them? Is it fair for a Christian to be stuck in a loveless marriage? Christians have long understood that our sense of fairness is not really the question. Sex is not a right, but a gift—and the giver knows what is best for us.

One of the marks of a Christian is his or her desire to be obedient to Christ’s teaching. Certainly most of us might wish to rewrite the Scriptures in a few places to make life easier. Christianity is indeed a demanding call. But the Scriptures define and change us, not the other way around.

10. People Are More than Their Sexuality

To identify people principally by their sexuality is to reduce people to their sexuality. We should all reject this with great force. A person’s inherent and undeniable value is rooted in his membership in humanity, not his particularity, sexual or otherwise. Full stop.
To advocate for extending rights to someone based on particular and sometimes mutable desires, relationships and behaviors—as important as they might be to the individual—is actually a violation of the principle of universal human rights. It judges them differently because they are different, not because of their common humanity.
Anyone who works so hard to bend and dismiss the clear teaching of Scripture to fit his or her own interests and prejudices is disrespecting God and placing themselves on his throne. This goes for everyone who does such things. It must be called out for what it is with great intensity and clarity, for many critical things are at stake: The integrity of God’s word. The truths Jesus taught us. The well-being and eternal destiny of those doing the twisting. And the evil deception of those being led astray.
This is very serious business and cannot be treated lightly.