The Russian lawyer who landed a meeting with Donald Trump Jr. during last year’s campaign with the promise of dirt on Hillary Clinton had one big thing in common with the Democratic candidate: Both had opposed Russia sanctions targeting human-rights abusers.
Further, former Secretary of State Clinton’s initial opposition coincided with a half-million-dollar speech her husband gave in Moscow – a link her 2016 campaign fought to downplay in the press, according to WikiLeaks-released documents.
Trump White House officials now are trying to draw attention to that speech and the Clintons’ ties to Russia in a bid to counter criticism over Trump Jr.’s now-infamous meeting.
“If you want to talk about having relationships with Russia, I'd look no further than the Clintons,” Deputy Press Secretary Sarah Huckabee Sanders said at a briefing last week. “Bill Clinton was paid half a million dollars to give a speech to a Russian bank, personally thanked by President Putin.”

“With the help of the research team, we killed a Bloomberg story trying to link HRC’s opposition to the Magnitsky bill a $500,000 speech that WJC gave in Moscow.”
- May, 2015 email from Clinton campaign staffer

The former president indeed had received a personal call from then-Prime Minister Vladimir Putin expressing his appreciation for the speech. According to Mrs. Clinton’s ethics disclosure form filed while she was secretary of State, Bill Clinton was paid $500,000 by the Russia-based finance company Renaissance Capital for his June 29, 2010 speech in Moscow to its employees and guests attending the company's annual conference.
The speech is now coming back to haunt the Clintons, considering the company that cut the check was allegedly tied to the scandal that spurred the Global Magnitsky Act, a bill that imposed sanctions on Russians designated as human-rights abusers and eventually would become law in 2012.

Expand / Collapse
Former President Bill Clinton with his wife, former Secretary of State Hillary Clinton  (AP)
This was the same law Russian attorney Natalia Veselnitskaya was lobbying against during her sit-down with Trump Jr. last year. And back in 2010, it would have put the Clintons on her side.
Shortly before Bill Clinton’s speech in 2010, when members of Congress pushing the sanctions bill had asked Hillary Clinton to refuse visas to Russian officials implicated under the policy, the State Department denied the request. The Obama administration initially was opposed to the Magnitsky Act because then-President Barack Obama was seeking a “reset” with Russia and did not want to deepen the divide between the two countries.
Former President Bill Clinton’s speech to Renaissance just weeks later was all the more curious, considering Renaissance’s Russian investment bank executives would have been banned from the U.S. under the law.
Fast-forward to 2015, and the timeline apparently had caught the attention of Bloomberg News.

Expand / Collapse
Portrait of lawyer Sergei Magnitsky held by his mother Nataliya Magnitskaya during 2009 press conference in Moscow.  (The Associated Press)
According to a memo from Clinton’s presidential campaign team later published by WikiLeaks, however, the Clinton campaign was able to stop the presses.
“With the help of the research team, we killed a Bloomberg story trying to link HRC’s opposition to the Magnitsky bill a $500,000 speech that WJC gave in Moscow,” Jesse Lehrich, on the Rapid Response Communications team for Hillary For America, boasted on May 21, 2015. 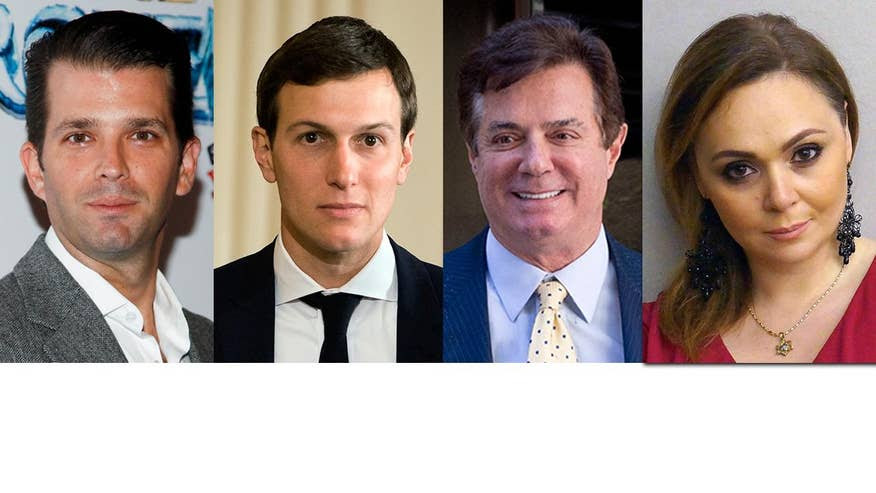 The Global Magnitsky Act was named for 36-year-old tax attorney Sergei Magnitsky, who died in the custody of the Russian government after accusing the government and organized crime of stealing hundreds of millions of dollars from a foreign company, Hermitage Capital Management. Magnitsky, hired by foreign investor and Hermitage owner William Browder, had tracked what turned out to be hundreds of millions of dollars in tax fraud. He reported the fraud to the Russian authorities, but instead of pursuing charges against the alleged offender, Russian authorities jailed Magnitsky.
After Magnitsky died in November 2009, Browder said Magnitsky proved Renaissance officials were among those orchestrating the scheme.
The State Department finally reversed its position in 2011 and refused visas to some Russians purportedly involved in the financial fraud seeking to enter the country.
The Magnitsky Act passed with bipartisan support in 2012.


Russia retaliated against the U.S., ending any possibility for Americans to adopt Russian orphans and also banning 18 U.S. officials from entering their country.
Source>http://www.foxnews.com/politics/2017/07/18/hillary-clinton-sided-with-russia-on-sanctions-as-bill-made-500g-on-moscow-speech.html
Posted by theodore miraldi at 9:01 AM