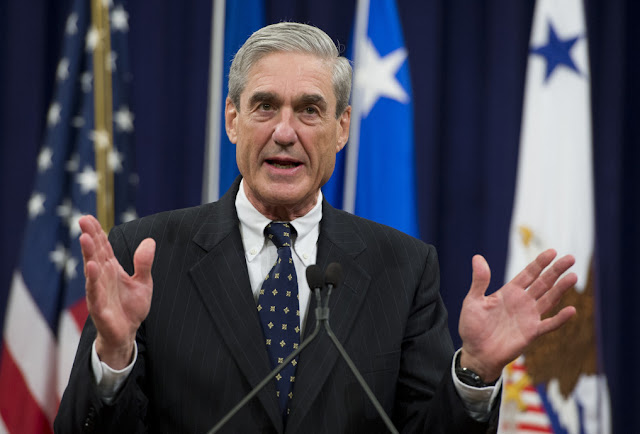 
Special counsel Robert Mueller wants the White House to preserve all documents related to the meeting that Donald Trump Jr., Jared Kushner and Paul Manafort had with a Russian lawyer, a new report said Friday.
Mueller sent what is called a “document preservation request” asking that Team Trump save “any subjects discussed in the course of the June 2016 meeting” and also “any decisions made regarding the recent disclosures about the June 2016 meeting,” CNN reported, citing a source.
“As you are aware the Special Counsel’s office is investigating the Russian government’s efforts to interfere in the 2016 presidential election, including any links or coordination between the Russian government and individuals associated with the campaign of Donald Trump,” the letter began.
“Information concerning the June 2016 meeting between Donald J Trump Jr and Natalia Veselnitskaya is relevant to the investigation.”
The request includes text messages, emails, notes, voice mails and other communications and documentation concerning the meeting, as well as related communication since then, the network reported.
Trump Jr. arranged the sitdown after Veselnitskaya approached him through an intermediary, offering to dish dirt on Hillary Clinton that came from the Russian government to help the Trump campaign.
“I love it,” Trump Jr. replied, setting off a firestorm of criticism over why he would so eagerly seek to meet with the Kremlin-connected lawyer.
President Trump said his eldest son did nothing wrong, and hailed him as a “high-quality person.”
Trump Jr. also downplayed the meeting, insisting there was no collusion with Russia.
Source>http://nypost.com/2017/07/21/mueller-warns-white-house-on-trump-jr-evidence/
Posted by theodore miraldi at 5:55 PM