One DAY a Week Wasted on PERSONAL Cellphone Use

NO CELLPHONE BAN to increase productivity 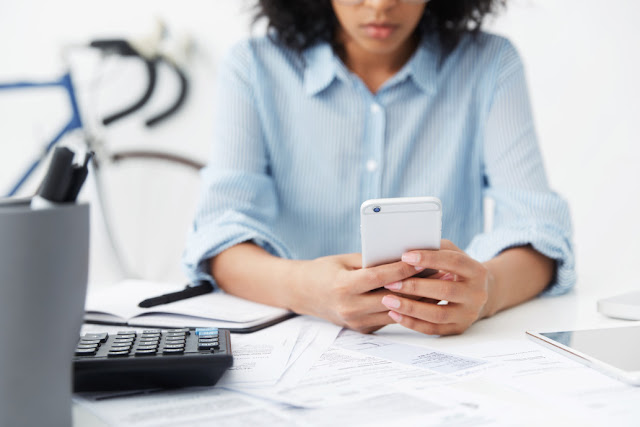 Answering that friend request while at work may not seem troublesome, but add up all the on-the-job smartphone screen time across the country and you’re talking $15 billion in lost productivity, a new study reveals.
The average office employee is spending about five hours a week on his or her cellphone on things that have nothing to do with the job, such as answering personal e-mail, according to the study, which was conducted for the staffing firm OfficeTeam.
Some workers are doing online shopping. Others are watching the highlights of last night’s Yankees or Mets game.
“If these numbers were true for every full-time worker in the US, that would add up to $15.5 billion in lost productivity every week due to professionals using their mobile devices for nonwork activities,” the study’s authors posit, using Department of Labor figures.
Some 600 workers and senior office managers were questioned at US companies with 20 or more employees. Besides using the cellphone to answer e-mails and sometimes visit social media sites, the employees also said they spent about 42 minutes a day on other personal tasks.
“All in all, the average employee could be wasting more than eight hours per work week on activities unrelated to the job,” according to the study.
Besides visiting social media sites, employees use their phones to visit sports sites, play mobile games, shop or go to entertainment sites.
Although both male and female workers were using a cellphone for personal tasks, the study found males (32 percent) more commonly check their non-work e-mail, while females (33 percent) more commonly check social media networks.
The survey also found that workers are increasingly using their cellphones to go to sites blocked at work.
“More than half of the professionals — 58 percent — often use their personal devices at work to visit pages that are banned by their company, a 36 percent jump from the 2012 survey,” according to the study.
The eight hours a week of lost productivity can have a dramatic effect on a business, an OfficeTeam executive said.
“It’s understandable that employees may occasionally use their mobile devices or attend to personal tasks during business hours. But these activities can easily become big distractions,” said Brandi Britton, a district president for OfficeTeam.
Britton added, “To best manage their time, staff can take advantage of breaks during lunch and throughout the day to catch up on non-work e-mails or errands.”
Another OfficeTeam official noted that the use of cellphones and other mobile devices has become an integral part of the personal and professional lives of most people.
He argued that employers should understand that banning cellphones and other mobile devices is not a reasonable option, but that they should establish limits on their use.
“Employers,” said Daryl Pigat, a division director for OfficeTeam, “need to establish rules about where and when cellphones are permitted and when they are not.”
Source>http://nypost.com/2017/07/29/this-is-how-much-time-employees-spend-slacking-off/
Posted by theodore miraldi at 12:35 PM