Russia RETALIATES Over New US SANCTIONS 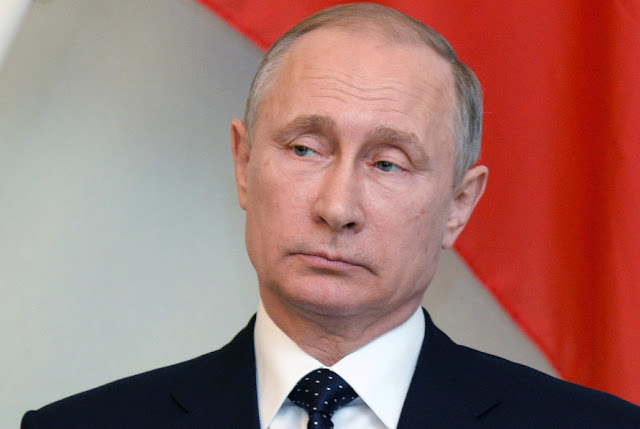 
Russia retaliated Friday for new sanctions from Washington by announcing it would seize US properties and demand a reduction in American diplomatic staff, according to reports.
The Kremlin took the tit-for-tat action in the wake of the US Senate vote to slap new financial sanctions on Russia, Iran and North Korea over President Trump’s objections.
The bill awaits the president’s signature.
Russian officials said the US Embassy in Moscow and consulates in St. Petersburg, Yekaterinburg and Vladivostok must cut the number of their “diplomatic and technical employees” to 455 by Sept. 1, the Washington Post reported.
That staffing level would equal the number of Russian diplomatic staff in the US.
The Russian Foreign Ministry also said it would seize a Moscow warehouse and recreation complex used by the American Embassy.
A US Embassy spokesman could not immediately say how many people work for the embassy and consulates in Russia.
The new US legislation is aimed at punishing Moscow for meddling in the 2016 presidential election and for its military aggression in Ukraine and Syria, where the Kremlin has backed President Bashar al-Assad.
It bars Trump from easing or waiving the penalties on Russia unless Congress agrees.
In December, President Barack Obama kicked out 35 Russians described as “intelligence operatives” and seized two Russian diplomatic compounds because of Russia’s interference in the election.
The Russian Foreign Ministry recommend that President Vladimir Putin respond by expelling US diplomats, but he said he would wait, apparently hoping the newly elected president would reverse the decision after his inauguration.
US-Russian relations dropped to a post-Cold War low after Russia’s annexation of Crimea and interference in eastern Ukraine in 2014.
The new package of sweeping sanctions aims to hit Putin and his inner circle by targeting alleged corrupt officials, human rights abusers and crucial sectors of the Russian economy.
Russia dismissed the new sanctions as “creating unfair competitive advantages for the US economy.”
“This kind of blackmail aimed at restricting the cooperation between Russia and other nations is a threat for many countries and global businesses,” a Foreign Ministry statement said.
With Post wires
Source>http://nypost.com/2017/07/28/russia-retaliates-over-new-us-sanctions/
Posted by theodore miraldi at 11:24 AM