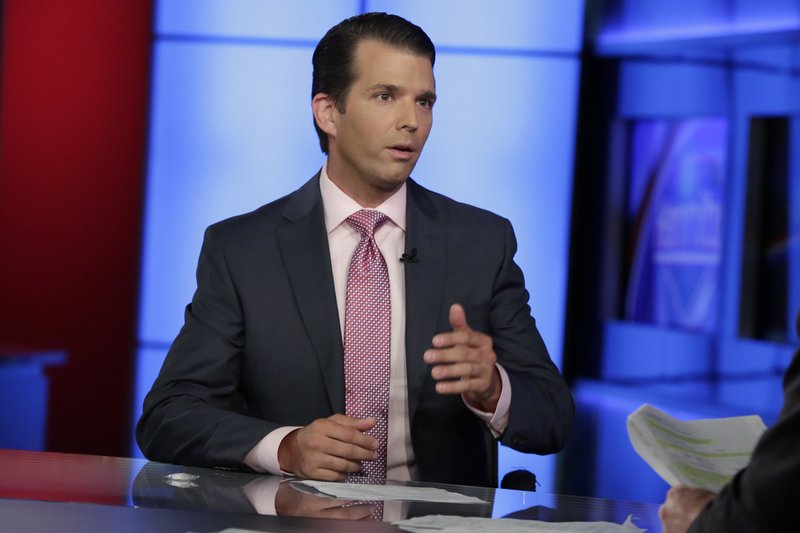 Rinat Akhmetshin confirmed his involvement to The Associated Press in an interview. He had not been previously identified as a participant in the meeting at Trump Tower in New York, which was billed as part of a Russian government effort to help the Republican’s White House campaign.

The meeting has heightened questions about whether Trump’s associates coordinated with Russia to meddle in the presidential election — to help him and thwart Hillary Clinton — and whether they’ve been forthcoming about their foreign contacts. Federal and congressional investigators are probing possible connections between the campaign and Moscow.

Akhmetshin has been reported to have ties to Russian intelligence, a characterization he dismisses as a “smear campaign.” He’s a well-known Washington presence, lobbying for Russian interests trying to undermine the allegations of a lawyer who died in a Russian prison and is the namesake of a U.S. sanctions law.

Akhmetshin told the AP he served in the Soviet military in a unit that was part of counterintelligence but he was never formally trained as a spy.

In emails posted by Donald Trump Jr. earlier this week, a music publicist said he arranged the meeting because a Russian lawyer wanted to pass on negative information about Democrat Clinton. The go-between stated that the discussion was part of a Russian government effort to help the GOP candidate.

While Trump Jr. has confirmed that Russian attorney Natalia Veselnitskaya was in the meeting, he has not disclosed Akhmetshin’s presence. The president’s son has publicly discounted the meeting, saying he did not receive the information he was promised.

In a statement Sunday, Trump Jr. said the attorney had said she had information that people tied to Russia were funding the Democratic National Committee and supporting Clinton, a description that Akhmetshin backed up in his interview with the AP.

Veselnitskaya brought with her a plastic folder with printed-out documents that detailed what she believed was the flow of illicit funds to the Democrats, Akhmetshin said. Veselnitskaya presented the contents of the documents to the Trump associates and suggested that making the information public could help the campaign, he said.

“This could be a good issue to expose how the DNC is accepting bad money,” Akhmetshin recalled her saying.

Trump Jr. asked the attorney if she had sufficient evidence to back up her claims, including whether she could demonstrate the flow of the money. But Veselnitskaya said the Trump campaign would need to research it more. After that, Trump Jr. lost interest, according to Akhmetshin.

“They couldn’t wait for the meeting to end,” he said.
Akhmetshin said he does not know if Veselnitskaya’s documents were provided by the Russian government. He said he thinks she left the materials with the Trump associates. It was unclear if she handed the documents to anyone in the room or simply left them behind, he said.

He said there were others in the room but he didn’t know them. Publicist Rob Goldstone, who brokered the meeting via email with Trump Jr., has told the AP that he was there.
Asked about Akhmetshin’s participation, Manafort spokesman Jason Maloni declined comment. Trump Jr.’s attorney did not respond to inquiries, nor did a spokesman for Kushner. Veselnitskaya has denied having any ties to the Russian government. When reached by the AP this week, she declined comment. She did not respond to additional attempts to contact her Friday.

The confirmation of Akhmetshin’s participation in the meeting drew swift reaction from the top Democrat on the House intelligence committee, Rep. Adam Schiff of California, who said he wanted Akhmetshin to appear before the committee and provide “any relevant documents and information.”

Schiff said whether Akhmetshin is connected to Russian intelligence or not “it is clear the Kremlin got the message that Donald Trump welcomed the help of the Russian government in providing dirt on Hillary Clinton.” Schiff said Trump Jr.’s omission of Akhmetshin’s role in his public account of the meeting and the president’s son’s shifting explanations “paint a portrait of consistent dissembling and deceit.”

Akhmetshin, who spoke to the AP while on vacation in France where he said he has been surfing, said the meeting was “not substantive” and he “actually expected more serious” discussion.

“I never thought this would be such a big deal, to be honest,” he said.
The Russian government has denied any involvement or knowledge of the June 2016 meeting. Asked Friday about Akhmetshin, Russian President Vladimir Putin’s spokesman, Dmitry Peskov, told reporters: “We don’t know anything about this person.”

Akhmetshin has been identified in media reports as a former officer in Russia’s military intelligence service known as the GRU. He has denied that, saying he served in the Soviet Army from 1986 to 1988 after he was drafted but was not trained in spy tradecraft. He said his unit operated in the Baltics and was “loosely part of counterintelligence.”

Akhmetshin said he has not been contacted by the U.S. special counsel’s office or the FBI about the meeting with Trump Jr. He said he’s willing to talk with the Senate Judiciary Committee, whose chairman has pressed the Justice Department about why Akhmetshin has not registered as a foreign agent.

The chairman, Republican Chuck Grassley of Iowa, said in a March letter that Akhmetshin has “reportedly admitted to being a ‘Soviet counterintelligence officer’ and has a long history of lobbying the U.S. government for pro-Russia matters.”

Akhmetshin said that the Justice Department’s Foreign Agents Registration Act unit sent him a letter in April and told him, “it has come to our attention you should have filed for FARA.” He said he didn’t believe he needed to file. He has previously registered with Congress for the lobbying work, and he plans to raise this issue before Grassley’s committee.
“I think I have a legal right to tell my story,” he said.

Separately on Friday, the data and digital director for Trump’s presidential campaign said he will speak with the House Intelligence committee later this month as part of its own Russia probe.

Brad Parscale said in a statement that he is “unaware of any Russian involvement” in the data and digital operations but will voluntarily appear before the panel.
___
Associated Press writers Eric Tucker, Stephen Braun and Julie Pace contributed to this report.

Posted by theodore miraldi at 8:45 AM