Scaramucci: You're Fired! LEAKED to WH Aid, He QUITS. 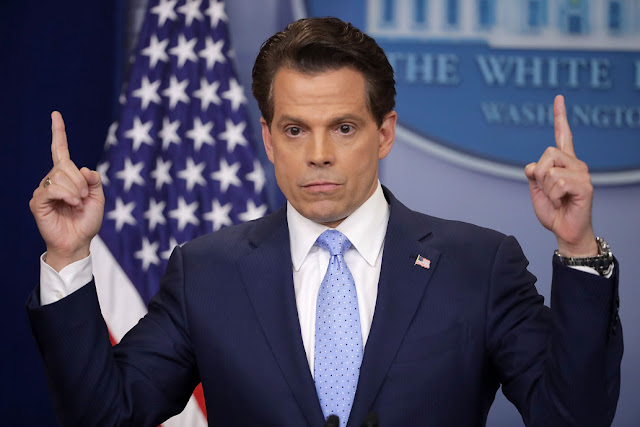 
White House press aide Michael Short resigned Tuesday after the president’s new communications director revealed plans to fire him, according to a report.
“I have resigned, effective immediately,” Short told the political blog The Hill via text message Tuesday. “It was a privilege to serve the President of the United States.”
Earlier in the day, White House communications director Anthony Scaramucci told the Politico website that he planned to fire Short over alleged leaks.
Since Scaramucci didn’t tell him, Short initially denied the story.
“No one has told me anything, and the entire premise is false,” he told CNN.
In a strange twist, Scaramucci blamed “another leak” for early news of the firing — even though he was the person who let it slip.
“This is the problem with the leaking,” Scaramucci told a throng of reporters in West Wing driveway. “This is actually a terrible thing. Let’s say I’m firing Michael Short today. The fact that you guys know about it before he does really upsets me as a human being and as a Roman Catholic,” he said.
The former financier then threatened to fire the whole White House press staff to root out leakers.

“I’m going to fire everybody, that’s how I’m going to do it,” Scaramucci said.
He’s been given “a thousand percent” permission from President Trump to enact the bold plan, he said.
Scaramucci hopes to make his own mark on the press operation by purging it of staffers loyal to White House chief of staff Reince Priebus and outgoing press secretary Sean Spicer, according to The Hill.
Short worked closely with both Priebus and Spicer at the Republican National Committee.
A person close to Short claimed he wasn’t responsible for the leaks.
Source>http://nypost.com/2017/07/25/white-house-aide-quits-before-scaramucci-can-fire-him/
Posted by theodore miraldi at 6:21 PM