Dan Patrick, the lieutenant governor of Texas, railed against sanctuary cities on Sunday after authorities in his state discovered eight people dead inside a sweltering tractor-trailer in a San Antonio Walmart parking lot and about 17 others in critical condition.
Patrick, a Republican, posted on Facebook that the ‘tragedy’ is why he pushed a bill to ban sanctuary cities.
"Sanctuary cities entice people to believe they can come to America and Texas and live outside the law. Sanctuary cities also enable human smugglers and cartels. Today, these people paid a terrible price and demonstrate why we need a secure border and legal immigration reform so we can control who enters our country. We continue to pray for the families and friends of the victims," he posted. 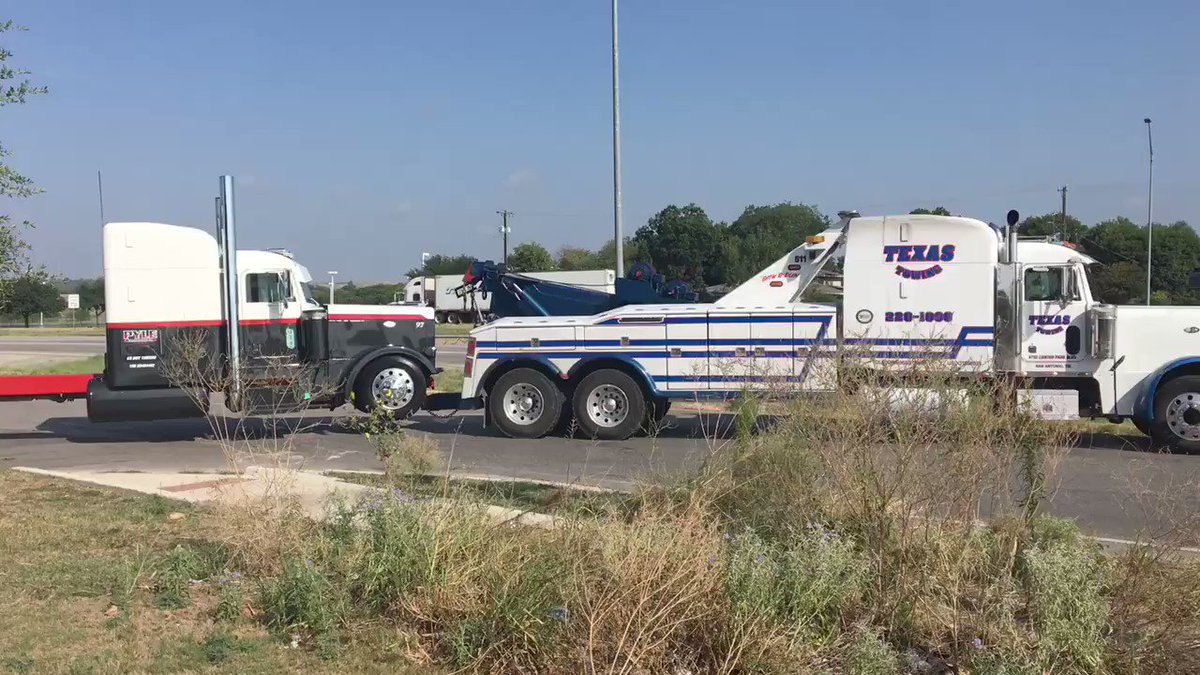 Twitter Ads info and privacy
Authorities were called to the parking lot late Saturday or early Sunday and found eight people dead inside the truck. A ninth victim died at the hospital, said Liz Johnson, spokeswoman for U.S. Immigration and Customs Enforcement.
The victims "were very hot to the touch. So these people were in this trailer without any signs of any type of water," San Antonio Fire Chief Charles Hood said. Authorities would not say whether the trailer was locked when they arrived, but they said it had no working air conditioning.
It was just the latest smuggling-by-truck operation to end in tragedy. In one of the worst cases on record in the U.S., 19 immigrants locked inside a stifling rig died in Victoria, Texas, in 2003.
Based on initial interviews with survivors of the San Antonio tragedy, more than 100 people may have been packed into the back of the 18-wheeler at one point in its journey, ICE acting Director Thomas Homan said. Officials said 39 people were inside when rescuers arrived, and the rest were believed to have escaped or hitched rides to their next destination.
Four of the survivors appeared to be between 10 and 17 years old, Homan said. Investigators gave no details on where the rig began its journey or where it was headed.
But Homan said it was unlikely the truck was used to carry the immigrants across the border into the United States. He said people from Latin America who rely on smuggling networks typically cross the border on foot and are then picked up by a driver.
"Even though they have the driver in custody, I can guarantee you there's going to be many more people we're looking for to prosecute," Homan said.
Federal prosecutors said James Mathew Bradley Jr., 60, of Clearwater, Florida, was taken into custody and would be charged on Monday in federal court. The local U.S. Attorney's Office wouldn't say whether Bradley was the alleged driver of the truck who was arrested. It was not immediately known whether Bradley had an attorney who could speak on his behalf.
The U.S. Homeland Security Department stepped in to take the lead in the investigation from San Antonio police. Department Secretary John Kelly said the incident demonstrates the brutality of smuggling organizations that "have no regard for human life and seek only profits."
The truck had an Iowa license plate and was registered to Pyle Transportation Inc. of Schaller, Iowa. A company official did not immediately respond to a phone message seeking comment.
San Antonio is about a 150-mile drive from the Mexican border. The temperature in San Antonio reached 101 degrees on Saturday and didn't dip below 90 degrees until after 10 p.m.
The tragedy came to light after a person from the truck approached a Walmart employee and asked for water late Saturday night or early Sunday morning, said McManus, the local police chief.
The employee gave the person water and then called police, who found the dead and the desperate inside the rig. Some of those in the truck ran into the woods, McManus said.
Investigators checked store surveillance video, which showed vehicles arriving and picking up people from the truck, authorities said. Walmart released a brief statement Sunday saying it was doing what it could to help investigators.
Bob Libal is executive director of Grassroots Leadership, an Austin-based nonprofit that supports more liberal immigration policies.
"These tragedies are compounded when it's incredibly dangerous and incredibly expensive and we push migration into the hands of illicit actors," Libal told The AP in a phone interview. "Everyone's thoughts today should be not in politicizing it but in making sure that everyone who survived this ordeal is treated with respect and get the protection they need."
The Associated Press contributed to this report
Source>http://www.foxnews.com/us/2017/07/24/texas-lieutenant-governor-blames-truck-deaths-on-sanctuary-cities-that-enable-human-smugglers.html
Posted by theodore miraldi at 9:27 AM