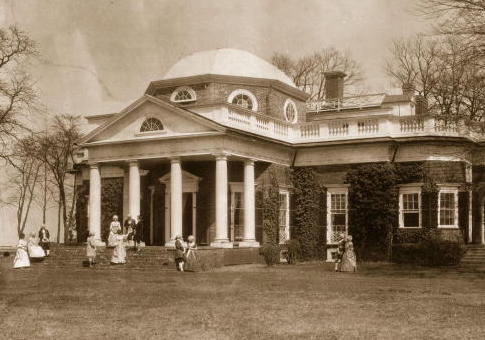 meant to set up a standard maxim for free society, which should be familiar to all, and revered by all; constantly looked to, constantly labored for, and even though never perfectly attained, constantly approximated, and thereby constantly spreading and deepening its influence, and augmenting the happiness and value of life to all people of all colors everywhere.

Jefferson's ideals, constantly labored for and approximated, are what we rightly celebrate on Independence Day.
Source>http://freebeacon.com/culture/thomas-jefferson-american-visionary/
Posted by theodore miraldi at 2:54 PM