Trump Announces BAN on TRANSGENDER People in the Military 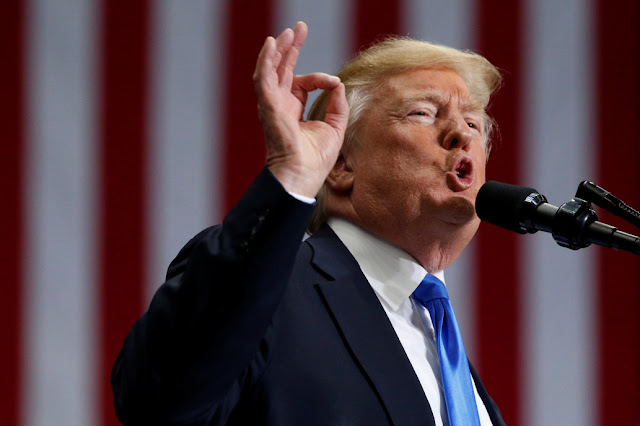 
President Trump tweeted on Wednesday that “transgender individuals” should not be allowed to serve in “any capacity” in the US military.
“After consultation with my Generals and military experts, please be advised that the United States Government will not accept or allow​ …,” he wrote on Twitter.
“Transgender individuals to serve in any capacity in the U.S. Military. Our military must be focused on decisive and overwhelming …​”​
He finished up by writing: “victory and cannot be burdened with the tremendous medical costs and disruption that transgender in the military would entail. Thank you.”
His comments are a significant change in the stance he took last year during the presidential campaign.
“Thank you to the LGBT community! I will fight for you while Hillary brings in more people that will threaten your freedoms and beliefs,” Trump wrote on Twitter in June 2016.
It’s not certain what prompted Trump’s tweetstorm about transgender people in the military, but earlier this month the House narrowly defeated a bill that would have ended allowing the Pentagon to pay for gender transition surgeries and hormone therapy.
The amendment to the defense policy bill introduced by Rep. Vicky Hartzler (R-Mo.) would have prohibited money to be spent by the military on medical treatment related to gender transition.
“It makes no sense to create soldiers who are unable to fight and win our nation’s wars,” she said.
Democrats, including Rep. Steny Hoyer and ​House leader Nancy Pelosi, called the measure bigoted.
​Stoyer of Maryland accused Hartzler of trying to “politically denigrate” transgender troops.​
​Transgender military members have been able to serve openly since last year when Defense Secretary Ash Carter ended the ban. ​
​​Last month, Defense Secretary James Mattis extended a deadline by six months for military officials to review whether the policy of allowing transgender individuals to ​enlist will affect the “readiness or lethality” of the armed forces.
​Transgender people already in the military would be allowed to continue​ serving, but no new transgender recruits would be able to join during the review.
​A Rand Corp. study​ ​ found that there are between 2,500 and 7,000 transgender service members in the active-duty military.
With wires​
Source>http://nypost.com/2017/07/26/trump-announces-ban-on-transgender-people-in-the-military/
Posted by theodore miraldi at 10:02 AM