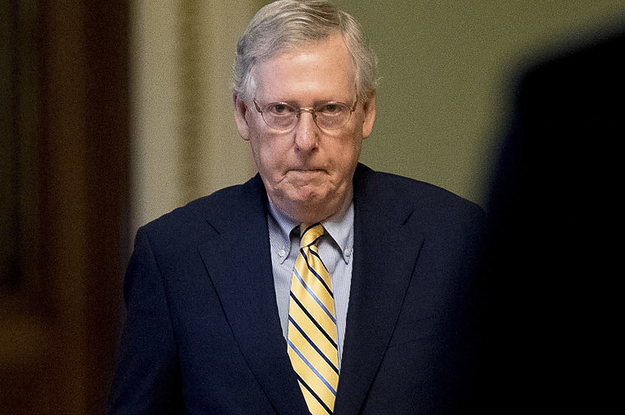 
When all else fails, kill it.
President Trump tweeted late Monday that Republicans should “just REPEAL” ObamaCare after two key Republican Senators announced they would not support the bill, ending any chance the bill had of passing the Senate.
Republican Senators Mike Lee, of Utah and Jerry Moran, of Kansas joined Senators Rand Paul, of Kentucky and Susan Collins of Maine. Republicans hold onto a 52-48 majority and the two senators’ opposition means the bill is effectively dead.
“Republicans should just REPEAL failing ObamaCare now & work on a new Healthcare Plan that will start from a clean slate. Dems will join in!” Trump tweeted.
Trump appears confident that a straight repeal of ObamaCare is a shoo-in, but moderate Republicans may feel pressure to vote against the legislation. It is also unclear how many Democrats would support the move.
Trump's tweet was in stark contrast to his faith in the Senate just hours before when he predicted the legislation would pass.
Sen. Mitch McConnell, R-Ky., acknowledged the roadblock and, like Trump, said he plans a repeal vote. McConnell also mentioned a two-year delay for a substitute.
"Regretfully, it's now apparent that the effort to repeal and immediately replace the failure of Obamacare will not be successful," McConnell said in a statement. "So, in the coming days, the Senate will vote to take up the House bill with the first amendment in order being what a majority of the Senate has already supported in 2015 and that was vetoed by then-President Obama: a repeal of Obamacare with a two-year delay to provide for a stable transition period to a patient-centered health care system that gives Americans access to quality, affordable care."
It was the second straight failure for McConnell, who had to cancel a vote on an earlier version of the bill last month when defeat became inevitable.
Trump failed to rally support for what has been the GOP's trademark issue for seven years — ever since President Obama and the Democrats passed the Affordable Care Act in 2010.
Republicans won the White House and full control of Congress in large part on the basis of their promises to repeal and replace the health law but have struggled to overcome their deep internal divisions and deliver.
The Associated Press reported that Democrats "could barely contain their glee."
"This second failure of Trumpcare is proof positive that the core of this bill is unworkable," Senate Minority Leader Chuck Schumer of New York said. "Rather than repeating the same failed, partisan process yet again, Republicans should start from scratch and work with Democrats on a bill that lowers premiums, provides long term stability to the markets and improves our health care system."


The Associated Press contributed to this report
Source>http://www.foxnews.com/politics/2017/07/18/trump-to-republicans-lets-repeal-obamacare.html
Posted by theodore miraldi at 6:19 AM