Both movements started on college campuses, with students who wanted to re-make history according to their own ideology. 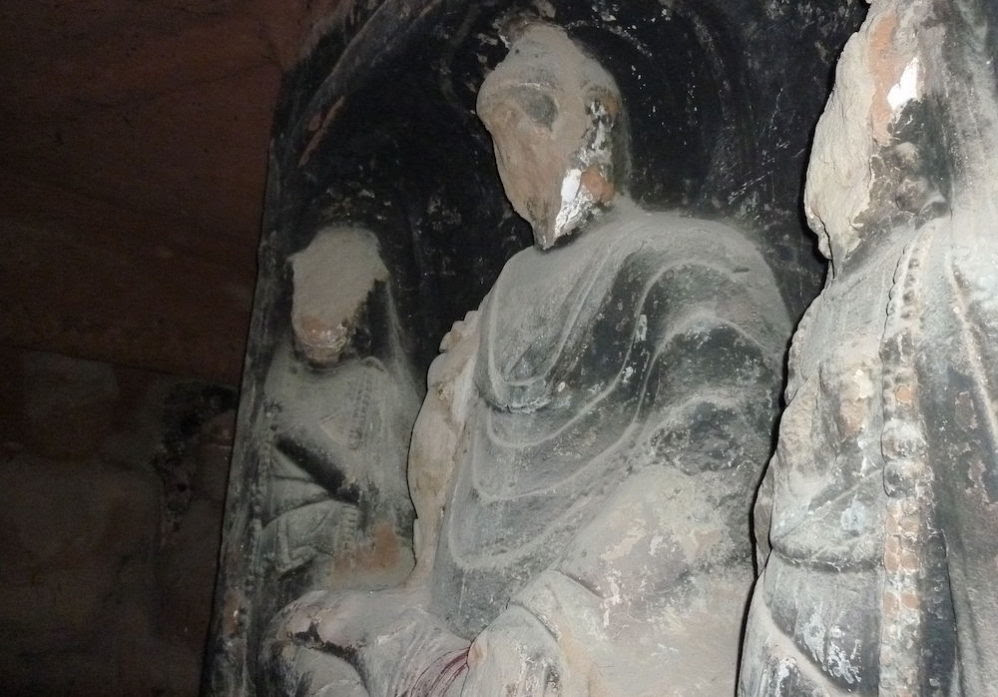 
I’ve been avoiding the news lately because it pains me to see my beloved country so divided, with people so bitterly angry at each other. All the shouting, violence, and destruction of historical monuments have only brought up a feeling of déjà vu.

America is clearly undergoing a Cultural Revolution that is eerily similar to Mao’s Great Proletarian Cultural Revolution which took place in China in the 1960s. Maybe Karl Marx was right after all when he declared that “History repeats itself, first as tragedy, second as farce.”

Both Movements Started On Campuses, And Spread

China’s Cultural Revolution was triggered by a group of students at Beijing University, the most elitist college in China. They called themselves the Red Guards because they worshiped China’s communist dictator Mao and his socialist/communist ideology feverishly. In their manifesto, they questioned the usefulness of knowledge, and condemned their professors and university administrators for harboring “intellectual elitism and bourgeois tendencies” and for stalling China’s progress towards a communist utopia.

Mao immediately realized that he could use these over-zealous and ignorant teenagers as a political tool to purge his enemies and shape society to his own liking. He elevated the Red Guards’ status by appearing at a massive Red Guard rally on August 18, 1966 at Tiananmen Square. This event lent Red Guards political legitimacy, and officially kicked off the Cultural Revolution. The Red Guards’ ideas quickly spread from colleges to high schools.

No one on campus dared challenge the Red Guards. Capitulations from school authorities only emboldened them. They led students to strike, refusing to take classes from people who were deemed less than ideologically pure. Professors, teachers, and school administrators were paraded and forced to make numerous public self-criticisms about “transgressions” against government-sanctioned orthodoxy. Soon, college entrance exams were suspended and many schools, from universities to high schools, were closed. The entire education system was paralyzed.

Without schools to go to, the Red Guards traveled all over China to spread their ideas and tactics to the “real world.” Other people, such as factory workers unhappy with the shortages, organized their own groups to challenge leadership of their own work units. Since no one was working, businesses, factories, and many government agencies were shut down. The entire country fell into lawlessness and chaos.

Like Mao’s Red Guards, some American college students and their supporters have been shouting down anyone who dares to disagree with them. These modern-day Red Guards demand that college campuses be an inclusive and safe place, but are bent on making sure the campus is an unwelcoming and unsafe place for anyone who doesn’t show unconditional support for students’ sanctioned orthodoxy. From Yale to Middlebury, college professors and administrators have caved to these students mobs’ preposterous demands. Exhibit A is Nicholas Christakis, the Silliman master at the center of Yale’s debate over Halloween costumes. His very public self-criticism probably would have won over Maoist Red Guards in China, but failed to gain sympathy from privileged Yale students.

Now that kind of zealous demand for thought conformity has expanded outside campuses to the “real world.” When James Damore, a Google employee, raised questions about Google’s diversity training in a memo, he was fired by Google. As Sumantra Maitra wrote, “Nothing could be more dystopian than the largest information, communication, and documentation hub controlling your thoughts and punishing you for wrong think.”

Both Movements Sought the Destruction of History

The Red Guards firmly believed that in order to build a new world, they had to wipe out the old one. So they traveled around the country, eradicating anything representing China’s feudalistic past: old customs, old cultures, old habits, and old ideas. Museums, temples, shrines, heritage sites, including Confucius’ tomb, were defaced, ransacked, or even totally destroyed.

One of the worst instances of destruction took place at the Ming Dynasty(1368-1644) tombs near Beijing. The Red Guards dug up the remains of Ming emperors and empresses, denouncing their oppression against Chinese people, before burning the remains with burial treasures, including priceless ancient artifacts, books, and manuscripts. Much personal property, including my own family’s genealogy book—containing 50 generations of information—was confiscated and ended up in the fire. In the meantime, many cities and towns renamed their streets with new revolutionary names. Mao pictures and statues were everywhere. Such drastic efforts to erase the influence of the past and remake the society in a revolution-sanctioned image have left irrevocable damage to Chinese culture and people.

That intensity and zeal to cleanse the past is repeating itself in America. Since recent events in Charlottesville, calls to remove or destroy Confederate statues in the U.S. have only gotten louder. Some places, such as the city of Baltimore and Duke University, already took actions to remove Confederate statues. Over the weekend, however, more and more historical monuments, some having nothing to do with the Confederacy, were vandalized.

It’s true that Confederate soldiers and generals fought to maintain an immoral system. They should not be celebrated. But as Peggy Noonan of the Wall Street Journal wrote over the weekend, “when a nation tears down its statues, it’s toppling more than brass and marble. It is in a way toppling itself. When you tear down statues, you tear down avenues of communication, between generations.”

I always believe if we want to define our future, we have to learn from the past. But if we don’t have a complete picture of the past, how can we make sure we learn the right lessons? Every civilization, every country, every generation of people, has its own good, bad, and ugly. “The most effective way to destroy people is to deny and obliterate their own understanding of their history.” We owe it to ourselves and future generations to preserve a full picture of the past and make sure lessons in full context are passed on.

The Red Guards were fanatic about social classes and political identity. They believed they were the rightful heir to Mao’s socialist revolution and that only they and their chairman were on the right side of the history. Thus, they shouted down anyone who dared to show the slightest disagreement with slogans, such as “a complete confession is the only road to survival. Anything less will lead to death!”

The Red Guards were sources of terror. Professors, writers, scientists, artists, and even government officials were publicly paraded, denounced, humiliated, and tortured in public by the Red Guards and their supporters. Suicides among the persecuted were very common. The Red Guards even amplified their militant and violent nature by wearing special outfits: olive green People’s Liberation Army’s uniform with a red arm band.

As the Red Guards spread from schools to the rest of the society, they also increased their use of force. They didn’t just fight with their fists, either: they fought with real weapons. Some Chinese cities were engulfed in violence to such an extent, order was only restored through military takeover.

If you think that level of violence and lawless will never take place in America, just watch the videos of violent protests at Yale, Berkeley, and Middlebury College. Fringe groups such as Antifa insist that violence is justified against anyone they deem to be haters, racists, or fascists. Once again, after these groups honed their vicious tactics on college campuses and faced little consequences or push back, they took their tactics to the “real” world. During a 2016 campaign rally in San Jose, anti-Trump demonstrators violently attacked Trump supporters and local police. Since Trump’s election, such belief in “righteous beating” have received support from mainstream left leaning media, even some politicians. This so called “legitimate violence” from radical left fueled the violent response from far right groups, which led us to Charlottesville.

We Have To Learn From Mistakes Of The Past

Our nation has fallen into a vicious cycle: violence from one side induces a violent response from the other side, which becomes an excuse to justify more violence.

Mao’s Cultural Revolution movement was the darkest chapter in China’s history. It should be called “Cultural Destruction.” It brought the Chinese people nothing but misery. It did fundamentally transform Chinese society: millions, including a generation of China’s intellectual backbone, perished, and an entire young generation grew up without any formal education. It tore the social fabric that used to unite people, and overturned traditional close relationships among families and communities. Its irreplaceable destruction of China’s cultural heritage left Chinese people in a spiritual and moral vacuum.

“Those who forget history are condemned to repeat it.” We should be alarmed by the similarities between today’s American cultural revolution to China’s Cultural Revolution. Let’s never forget that evil can come from the pursuit of progress. American’s cultural revolution is endangering the Republic we hold dear. To preserve it, we have to find “the energy of a common national sentiment” and re-affirm the “uniformity of principles” that once united us as Americans.

Posted by theodore miraldi at 5:44 PM