In DEFENSE OF History's 'IMPERIALISTIC' Explorers 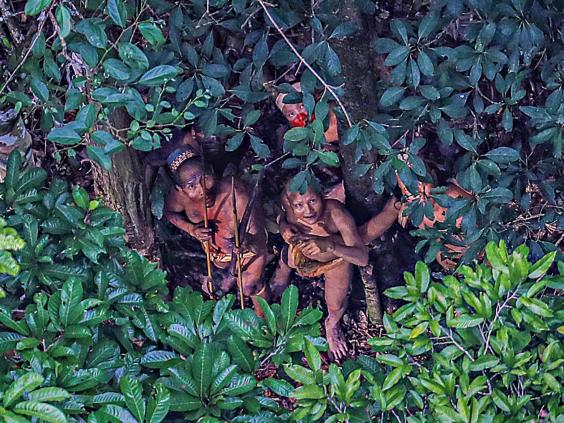 We on the right – I mean the real right – have been insisting that the tearing down of statues and monuments from the Civil War era would not end there. The leftist radicals would inevitably turn their wrath beyond Civil War white racists and direct their hatred to any white American slave owner. As we’ve seen and heard, this naturally extends to whites of the Revolutionary era, who are simultaneously celebrated heroes and damnable slave owners.
And then we wondered – what’s next after that? Could there possibly be a next? Well, wonder no more.
Now, normally, when wacky ideas emanate from the left, they originate in Europe, leapfrog to California and then make their way across the U.S. to negatively affect the rest of us.
This time the lunacy began in America. The rest of the world never gave a thought to any statues of white oppressors from a bygone era, much less protesting or proposing to tear them down. They’ve been too busy worrying about the next refugee terror attack – until now.
Taking a cue from the American pro-communist movement, a black(ish) British journalist is demanding a statue of Lord Horatio Nelson be torn down because he was – what else – a white supremacist.
The Daily Mail reports that 36-year-old Afua Hirsch “achieved her five minutes of notoriety, space in the Guardian and a television debate, by proposing that Nelson’s statue in Trafalgar Square should be torn from its plinth among the pigeons because he was a white supremacist.”
The Daily Mail reporter writes that Ms. Hirsch is merely trying to advance her career by making a stink over the statue, which was unveiled on March, 22, 1813, to commemorate the anniversary of the British Royal Navy’s victory in the Battle of Cape Trafalgar in 1805.
However, unlike her unwashed radical American counterparts, Hirsch has designs beyond the statues removal. As the Daily Mail said, she’s attempting to make a name for herself and garner some much-needed free publicity.
It turns out she recently wrote a book, which is due to be released Sept. 15. What better way to create a buzz than to make some noise? And what impeccable timing for a spike in racial angst. Her book is entitled, “Brit(ish): Getting Under the Skin of Britain’s Race Problem.”
I don’t doubt that this is pure coincidence, but she could not have timed the release better.
Not to out done by their British and American brethren, some indigenous Australians have waded into the statues-must-go pond. On the same day, the Daily Mail also reported that, “Aboriginals have called for the removal of a statue of Captain Cook which claims he ‘discovered Australia.'”
Aboriginal broadcaster Stan Grant thinks the Aussies should follow the lead of the Americans and Brits and “consider changing statues which leave a legacy of pain.”
Is that all these white imperialist demons brought to far-away lands – a legacy of pain? I hardly think so. They also brought innovation and progress. Sure, there were dark moments in the history of all these explorers and conquerors, but maybe it’s high-time we treat the past as the past and ponder how far most of the entire human race has come. Not the white race or black or brown or yellow race – the human race.
I say most of us because I am reminded of the tribe that was just recently discovered in the Amazon rainforest.
However improbable, photos emerged, just this past November, of a tribe living in complete isolation in the depths of the Amazon jungle. They know nothing of the rest of the world. They live virtually as the cavemen did.
Is this the existence you leftist protesters and “indigenous” peoples want? No running water, no indoor plumbing, no electricity, no modern conveniences of any kind? Living hand to mouth? Really?
This may seem controversial and may sound abrasively racist, but without the “imperialist” explorers of old, I dare say that most of the “indigenous” people on various continents would still be living as the Amazonian tribe is currently.
We all wish that ignorant white explorers hadn’t treated others the way they did, but history is what it is. Try as they might to erase it, what happened, happened, and there’s no going back and no changing it.
But I’ll also bet that given the choice between being a modern-day black American, European or Aboriginal Australian, any and all would choose their current faux-oppressive state to merely existing as part of the lost Amazonian tribe.
Source>http://www.wnd.com/2017/08/in-defense-of-historys-imperialistic-explorers/

Posted by theodore miraldi at 11:24 AM