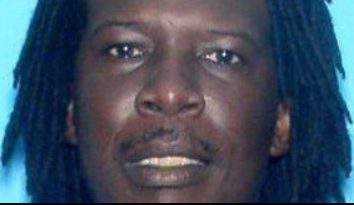 A suspect has been arrested and charged in the shooting death of a Florida police officer and serious wounding of another officer late Friday.
Everett Glen Miller, 45, was charged with first-degree murder in the shooting death of Officer Matthew Baxter, Kissimmee Police Chief Jeff O’Dell said Saturday in a news conference. He could face other charges for the wounding of Sgt. Richard "Sam" Howard.
Howard, who was also shot after a scuffle with Miller, is in critical condition. O’Dell said he does not expect Howard to survive from his injuries.
O’Dell said it does not appear that Miller, a Marine veteran, has an extensive criminal history but authorities are still investigating.
TOTAL OF 6 POLICE OFFICERS SHOT IN FLORIDA, PENNSYLVANIA
The two officers were in the Palmway and Cypress area of Kissimmee checking out a report of a suspicious person at approximately 9:27 p.m. Soon afterward, a 911 call came in, saying the officers had been shot, O’Dell said.
The officers did not return fire, and it appears they were surprised, the police chief said, adding that authorities are still talking to witnesses to determine the timeline of events.
Sheriff's deputies with a neighboring law enforcement agency later tracked Miller down to a bar and approached him. Miller started reaching toward his waistband when the deputies tackled and subdued him, O'Dell said.
"They were extremely brave and heroic actions were taken by the deputies," O'Dell said.
The police chief said Miller would be taken to jail wearing the fallen officer's handcuffs.
Authorities originally said they believed there were four suspects, but O’Dell said no others arrests were anticipated.
POLICE OFFICER SHOT IN NEW YORK CITY RESPONDING TO CALL
"We've got to come together as a nation and get our community involved," O'Dell said of the police shooting.
Both officers are husbands and have children. Baxter was married to another Kissimmee police officer.
O’Dell said he has been in contact with Florida Gov. Rick Scott and Attorney General Pam Bondi. President Donald Trump tweeted early Friday: “My thoughts and prayers are with the @KissimmeePolice and their loved ones. We are with you! “
Also on Friday night, two police officers were shot in Jacksonville, Fla., and two state troopers were shot in Pennsylvania. The shootings are not related, authorities said.
The Associated Press contributed to this report.
Source>http://www.foxnews.com/us/2017/08/19/florida-police-shooting-marine-veteran-charged-for-killing-cop-wounding-other.html
Posted by theodore miraldi at 11:27 AM