No One EXPECTS The Google INQUISITION, But It’s Coming

The Google memo controversy could tear up the implicit social contract we've all accepted with the big technology companies to whom we entrust our data. 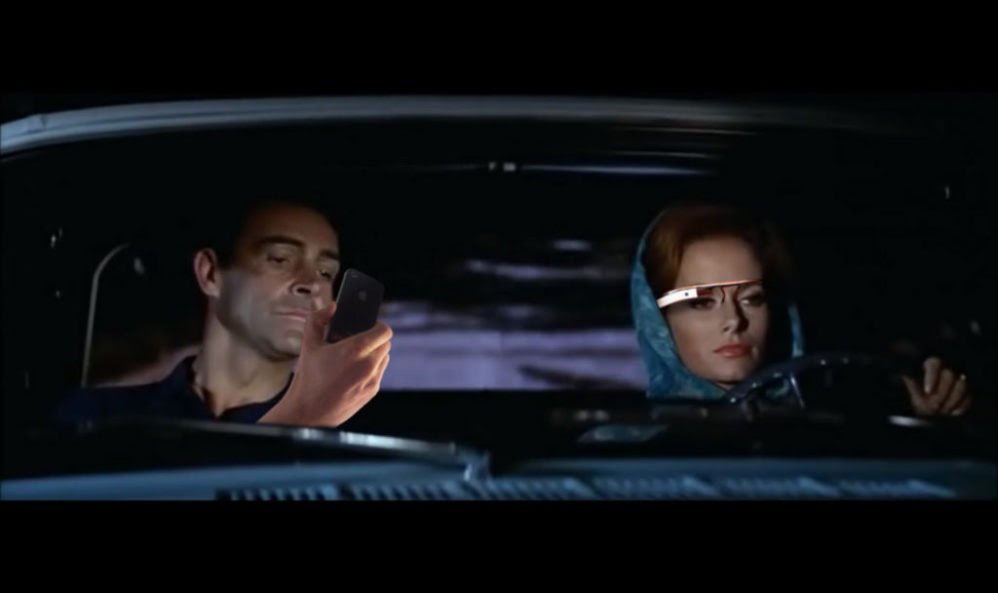 
We have already moved into the inevitable next stage of the James Damore “Google memo” saga. This is the stage where it’s not enough to fire Damore. We also have to fire everyone left at the company who might agree with him in any way. No one expects the Google Inquisition.
This could have very bad consequences for Google, but much more ominous implications for the rest of us. We were warned about this early on in the Twitter fights over Damore.

Now what about all the employees who said they agreed with the sexist stereotypes? https://twitter.com/karaswisher/status/894734194621898752 …

Twitter Ads info and privacyAnd now it’s coming. Remember that Damore originally circulated his memo privately on an internal Google message board for discussing work policies. There was no immediate crackdown from his bosses and there probably wouldn’t have been—except that one of his co-workers clearly wanted to force Google’s hand by leaking the memo to the press and creating a frenzy.

Well, they’re at it again. Someone followed up by sending further leaks to the media, consisting of photos of internal message board discussions showing that some other Googlers agreed with Damore, at least in part. The obvious purpose of those leaks is to keep up the pressure on Google, to set off an inquiry into how many other horrible, raging, sexist bigots—as Damore has been styled in the technology media—also need to be purged from the company. That’s the clear implication: that Google needs to conduct a thorough investigation to root out any other James Damores who might be lurking there.
Oh, but it gets worse.
Google CEO Sundar Pichai was planning to hold a Google-wide videoconference meeting to discuss the case, to tamp down tensions, and to reassure everyone—then he abruptly canceled it because employees’ questions had been leaked to outside websites and because some left-leaning employees’ identities had been sent to “alt-right” Internet trolls.
This is how an organization gets eaten away by vicious politics. By giving one set of its employees the impression that they can leak to the press to get people who disagree with them fired, Google has apparently inspired another set of its employees to leak information to get the first group harassed. Talk about creating a “hostile work environment.”
This is clearly going to be bad for Google from the perspective of attracting and retaining talent. They could end up like the University of Missouri, which saw its enrollment crash by 35 percent. Minority students went elsewhere because they heard the place was a hotbed of racism—and white students went elsewhere because they feared becoming the victims of false accusations of racism.
After all, who wants to get up every morning and walk into a running political battle? When I saw the latest Google news, I was reminded of a passage from a good overviewof the science regarding sex differences in career preferences and how that contributes to the gender gap in Silicon Valley hiring. The author specifically addresses the toxic environment created by making all of these issues into a war over gender politics.

It doesn’t have to be this way. Nobody has any real policy disagreements. Everyone can just agree that men and women are equal, that they both have the same rights, that nobody should face harassment or discrimination. We can relax the Permanent State Of Emergency around too few women in tech, and admit that women have the right to go into whatever field they want, and that if they want to go off and be 80% of veterinarians and 74% of forensic scientists, those careers seem good too. We can appreciate the contributions of existing women in tech, make sure the door is open for any new ones who want to join, and start treating each other as human beings again. Your co-worker could just be your co-worker, not a potential Nazi to be assaulted or a potential Stalinist who’s going to rat on you. Your project manager could just be your project manager, not the person tasked with monitoring you for signs of thoughtcrime. Your female co-worker could just be your female co-worker, not a Badass Grrl Coder Who Overcomes Adversity. Your male co-worker could just be your male co-worker, not a Tool Of The Patriarchy Who Denies His Complicity In Oppression. I promise there are industries like this. Medicine is like this! Loads of things are like this! Lots of tech companies are even still like this! This could be you.

This is how most people in America actually live their lives. And yes, this could be you, Googlers—at another company, which is where some of them are going to go. And who are the people likely to bail out first? A Wired profile digging into Damore’s personal history (this is politics now, so we do opposition research) gives us this description: “Damore’s fellow students at Harvard remember him as very smart but awkward around people.” Gosh, it would be a real shame if people like that were allowed to be hired in Silicon Valley.

I’m joking, of course, because this is precisely the kind of personality that built Silicon Valley. But maybe not any more. Yet that’s not the biggest, most dangerous part of this story for Google and the other tech giants. The most dangerous part is that they are now beginning to be seen by the public (or revealed, depending on how you look at it) as politicized entities. Politicized entities to whom we are giving enormous amounts of data on our lives, thoughts, and interests.
Today’s big tech firms, particularly ones like Google and Facebook, depend on an implicit bargain with the people who use them. We get free access to an enormous amount of information, in exchange for which we know we’re going to get bombarded with some ads. That’s a business model we’re pretty comfortable with because it’s what we did with television, and before that radio, and before that (to some extent) newspapers.
In the new Internet version, we know these big companies are gathering specific personal information about our habits and preferences, far more than anyone has ever done, but we accept it because we think they’re just going to use it to sell us stuff, which might sometimes be annoying but isn’t ominous. But if we think there is a wider purpose, if we think they’re going to use our information for social engineering or political manipulation—will that break the bargain?
In this regard, the most important part of the story is those photographed screenshots intended to out Googlers who agreed with Damore. Why were they photographs of a computer screen rather than actual screenshots grabbed by the computer itself, which would have had much better resolution? I suspect it’s because this would leave evidence behind on work computers, so the leakers might get caught. This implies the leakers know what they’re doing is against internal Google rules—just as leaking Damore’s original memo to the media was against internal Google rules.
I don’t want to get into the debates we see around the Trump administration about which is worse: what we found out about our leaders because of the leaks, or the fact that so much information is being leaked. What’s relevant here is that Google now faces a pattern in which its employees are taking internal information and leaking it to the media, against the company’s own rules and safeguards, in order to achieve political objectives. If the wider public starts to figure out that this is happening, they just might decide this is not a company they want to trust with their information or access to their lives.
Consider that Google has been one of the companies scrambling to go a step farther and get invited into our homes, selling us voice-activated devices that listen in at every moment of the day. For us to allow these companies into our lives in so intimate a way, we have to view them as non-political.
Why else do you think Mark Zuckerberg has been traipsing around the country making a show of getting to know regular people? Some think he’s running for president, but he’s actually campaigning to keep a more demanding position: CEO of the company everybody uses as the conduit for their social lives.
This might also explain why Zuckerberg quickly put down demands for him to kick prominent Trump supporter Peter Thiel off the company’s board. Facebook has still gotten plenty of flack for either doing too much or too little to keep “fake news” out of Facebook’s news feed, and for a while they were the scapegoat for why Hillary Clinton lost. But Zuckerberg at least seems aware of the peril of appearing to be completely captured by one side of the political battle and used as a tool of their social agenda.


It’s a danger Pichai should have realized a week ago, and Google had better wake up to it fast, because the culture war has just landed at their headquarters and is about to tear the place apart. In the process, it might just tear up the implicit social contract we’ve all accepted with the big tech companies.
Source>http://thefederalist.com/2017/08/11/no-one-expects-google-inquisition-coming/
Posted by theodore miraldi at 11:49 AM