There Will Be LAUGHTER in Heaven! Jerry Lewis Gone at 91 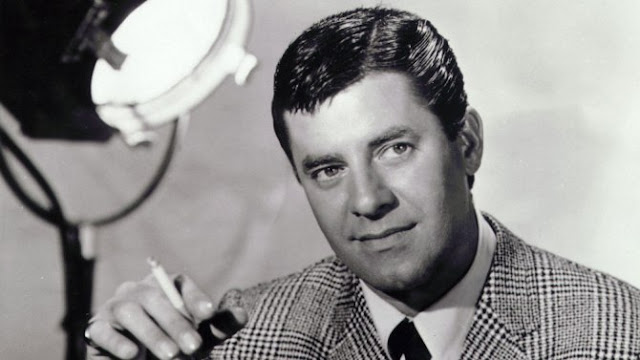 
Comedy legend Jerry Lewis — best known for his work with actor Dean Martin and tireless efforts to fight muscular dystrophy — died Sunday.
He was 91.
Lewis, a native of Newark, NJ, died at his Las Vegas home with family by his side, according to his publicist, Candi Cazau. 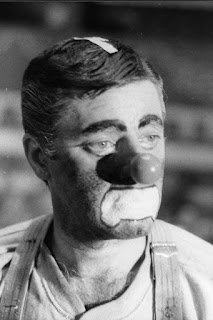 Condolences and fond memories of Lewis poured in from around the entertainment world.
“Jerry Lewis just died. When I met him, I feel apart, just sobbed. I guess it’s time for that again,” magician Penn Jillette tweeted. “We will miss Jerry so much. I can’t believe I got to meet him and spend time with him.”
Lewis’ not-so-high-brow hilarity in a slew of movies and on TV made him a favorite to audiences.
The star of the flick “The Nutty Professor” was honored with France’s Legion of Honor award in 1983.
But he also will forever be linked to the Muscular Dystrophy Association and its Labor Day weekend telethon, which he hosted from 1966 to 2011, having raised $2.45 billion, according to Daily Variety.
“Jerry’s kids” became the well known term for young victims of the terrible muscle disease.
“My mentor & friend Jerry Lewis has passed away,” comedian Dane Cook tweeted. “A visionary. A pioneer in all forms of entertainment. A charitable human. A father.”
Lewis once said he hoped that his antics helped pull France into a better place in the decades after World War II.
The nation’s sense of humor “took France through all those difficult years, and will take it through difficult times now because the French are not afraid to laugh,” Lewis observed.
“Jerry Lewis was an angel to me,” tweeted fellow comedy legend Rose Marie, 94. “Loved him & will never forget what he did for me during one of the worst times in my life. RIP, Love Roe.”
To an older generation of comedy fans, Lewis was half of a famed funny duo with Martin in the early 1950s.
Martin and Lewis played clubs, dominated the early days of TV and headlined movies such as “Scared Stiff” in 1953, “Hollywood or Bust” in 1956, “The Caddy” in 1953 and “Living it Up” in 1954.
Lewis once said the act was so hot and popular, it was inevitable that jealousy would break them apart.
“We were finally divided by outside factions. Someone said to Dean, ‘You don’t need him. Why don’t you just sing and do films yourself.’ And I was getting poisoned as well. `What do you need him for?’ ” Lewis said back in 2005.
“ I hated him for allowing the split to happen. He hated me for allowing the split to happen.”
Both went on to enjoy big careers even after they broke up in 1956.
Martin was a member of Frank Sinatra’s rat pack along with Sammy Davis Jr., Peter Lawford and Joey Bishop.
Lewis found his solo groove in movies such as “The Bellboy” in 1960 and “The Nutty Professor” in 1963.
It took decades for the pair to mend fences. Martin finally appeared on Lewis’ telethon in 1976. Sinatra had brokered the deal and dramatically introduced Martin to the stage.
Lewis recalled going to the funeral of Martin’s son, Dean Paul Martin, in 1987, when his one-time comedy partner poured his heart out.
“He called me, and we talked for a couple of hours. He sobbed for the first time I’d ever heard. He said, `Don’t you understand? I just lost one of the only two male loves I had in my life. Him and you,’ ” Lewis said.
“That was the first time he had said that or ever related to loving me. He showed it enough, it was just difficult for him to say.”
Martin died in 1995 at the age of 78.
Lewis was born Joseph Levitch on March 16, 1926, in Newark to a pianist mom and music-arranger dad.
The high-school dropout worked as a soda jerk and theater usher while refining his comedy act.
He was married to Patti Lewis for 36 years, and they had six sons, including musician Gary Lewis, who formed “Gary Lewis & the Playboys” and recorded the hit This Diamond Ring” in 1965.
Lewis went on to marry Sandra Pitnick in 1983. They had a daughter, Dani, named in honor of Lewis’s dad.
Source>http://nypost.com/2017/08/20/comedian-jerry-lewis-dead-at-91/
Posted by theodore miraldi at 5:15 PM