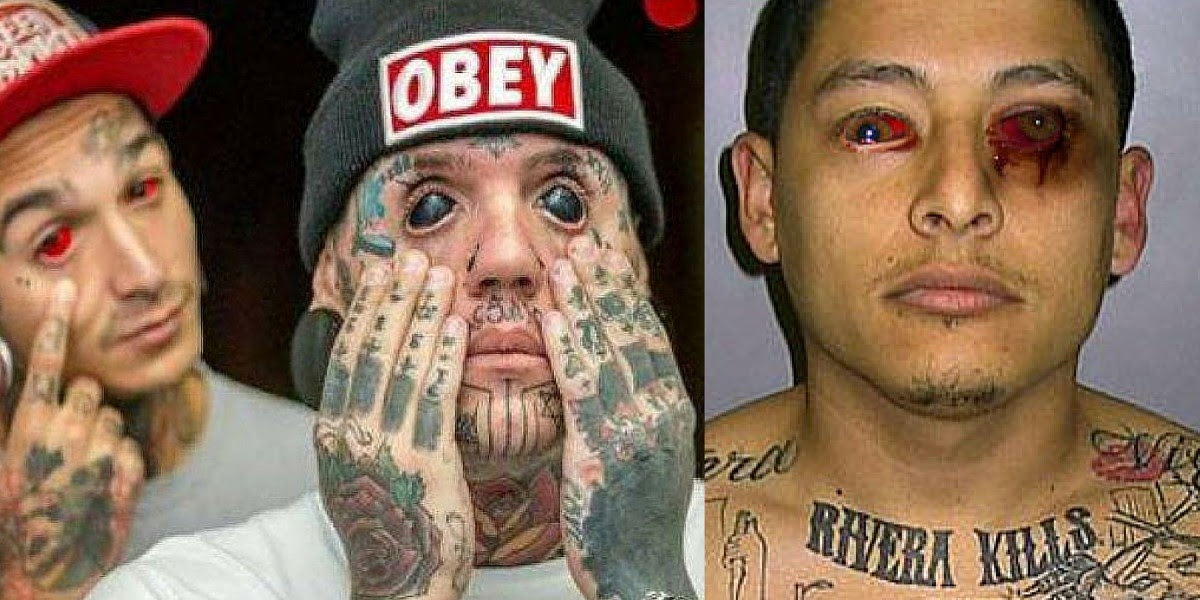 Forget the faces covered with tattoos. The gang signs. Even the guns and knives sticking out of their jeans.
The real way to spot an MS-13 gangster is by his sneakers.

A top leader of the notoriously violent gang told associates in the U.S. to ditch their footwear, because that's how law enforcement was identifying members.
In a racketeering indictment unsealed Thursday, Edwin Manica Flores, known as “Shugar,” allegedly told other gang leaders to avoid wearing clothes and colors associated with MS-13 as to not attract police attention.
He specifically told them to steer clear of blue and white Nike Cortez shoes, Newsweek reported.
“Dressed like that, the enemy can see you, the police can arrest you, and boom, to El Salvador,” the 35-year-old reportedly told gang leaders in tapped phone calls from a prison in the Central American country. “To a great life there, one must be humble, you know, to avoid being detected.”
According to Nike, the original Cortez, which debuted in 1972, was the first “masterpiece” by Nike co-founder Bill Bowerman. The shoe consisted of unprecedented cushioning in the insoles and was very lightweight, which made it one of the most popular running shoes at the historic 1972 Olympic games.
Flores, who investigators say led the gang’s East Coast operation from prison in El Salvador, was indicted as part of a six-month operation that led to more than 3,800 arrests across the U.S. and Central America.
More than 70 people have been arrested during roundups in Los Angeles, Virginia, Maryland, Massachusetts, Long Island and Columbus, Ohio.
MS-13, which originated in Los Angeles in the 1980s before spreading like wildfire to the East Coast, is believed to have some 10,000 members across the U.S. They are a mix of Central American immigrants and U.S.-born members.
The gang, whose motto is "kill, rape, control," is known for its use of gruesome tactics, including hacking and stabbing its victims with machetes. It has been tied to a wave of recent violence on Long Island, just east of New York City, and has been linked to brutal killings in other states.
The notorious gang continues to tighten its grip across the country by tapping into young, vulnerable unaccompanied immigrant children and giving them a sense of family, experts say.
“MS-13 has a powerful marketing strategy in which they offer a family for these children,” Angel Melendez, special agent-in-charge of the ICE Homeland Security Investigations unit in New York, told WJLA.
He said unaccompanied minors made up about 30 percent of recent arrests against the gang.
A former MS-13 gang member told WJLA the group target minors because they are more likely to get a slap on the wrist for any crimes they might commit.
“They have no boundaries. They are not afraid to kill kids, parents, cousins – they are not afraid,” he added. “As long as they are sending the message they are sending, they are not afraid to do what they have to do.”
MS-13 has become a prime target of the Trump administration, which discusses its violence in suburban, immigrant communities in an effort to build support for a broader crackdown on immigration. President Trump directed federal enforcement to focus resources on combating the transnational gangs.
For federal prosecutors who have long worked to quash the gang, the new emphasis is rewarding.
“The more work we do down [in Central America], the more it helps us here,” said David Rybicki, a deputy assistant attorney general in the Criminal Division, who oversees the organized crime and gang unit. “We can’t effectively work on our cases here without information from El Salvador.”
These recent indictments will change gang dynamics, said Zach Terwilliger, who prosecuted gangs in the Eastern District of Virginia before taking a position in the deputy attorney general's office.
"The gang feels as though it's under a microscope," he said.
The Associated Press contributed to this report.
Source>http://www.foxnews.com/us/2017/09/29/ms-13-continues-targeting-young-immigrants-for-gang-as-police-efforts-ramp-up.html
Posted by theodore miraldi at 6:37 PM