Facebook Will Turn Over RUSSIAN-LINKED Election Ads to Congress

This self serving act by Zuckerberg is in his own interest, not the interest of the American People. Like all NWO scammers Zuckerberg is silent on his Censorship of Conservative voices. Of course he will cooperate in the effort to take down Trump. His Hypocrisy about saving Democracy is laughable...tmiraldi 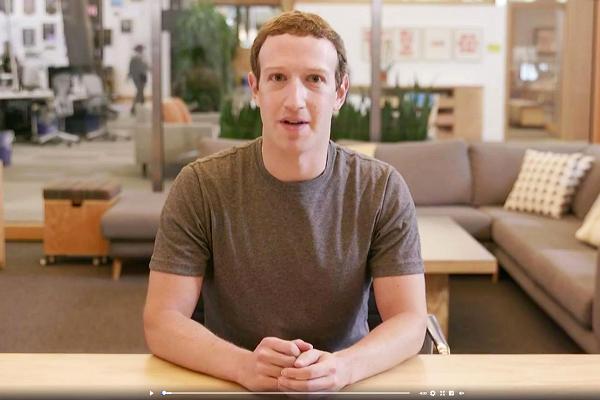 Facebook has cut a deal with lawmakers to hand over ads bought by Russians to sway the 2016 campaign, and the social media site’s co-founder vowed Thursday to beef up security, cooperate with the feds and enhance transparency on the site.
“I care deeply about the Democratic process. I don’t want anyone to use our tools to undermine democracy,” Mark Zuckerberg said on Facebook Live.
“There will always be bad actors in the world,” he added, but “we can make it harder, we can make it much harder” for them to use the website to make political mischief.
The social media platform had acknowledged about $100,000 in ad spending connected to fake accounts probably run from Russia and was expected to be called before the Senate Intelligence Committee for a public hearing in October.
Russia’s effort to influence US voters through social media is also a focus of special counsel Robert Mueller’s investigation into the 2016 election and possible links to the Trump campaign.
In his brief online talk, Zuckerberg said the company has fully cooperated with Mueller’s investigation, and was also working with other countries to help ensure election integrity, including Germany, which is holding national elections this weekend.
The company is also beefing up it’s internal security measures, adding 250 new hires to focus on security, doubling the size of that operation.
He also promised to make advertising more transparent, so that if the ads were bought by Russia or another rogue state people would know, and also be able to see other ads bought by the same actors.
Zuckerberg said “we’re in a new world” that presents “ a new challenge for Internet companies,” and that he wanted Facebook to be a “force for good in democracy.”
In a statement earlier in the day, the company said it had already given the ads in question to Mueller, and would now share them with Congressional investigators as well.
“This has been a difficult decision. Disclosing content is not something we do lightly under any circumstances. We are deeply committed to safeguarding user content, regardless of the user’s nationality, and ads are user content,” the statement continued.
But the Russian interference in the US election — which Trump has called “a hoax” — persuaded the company to play ball.
“We believe the public deserves a full accounting of what happened in the 2016 election, and we’ve concluded that sharing the ads we’ve discovered, in a manner that is consistent with our obligations to protect user information, can help,” the company said.
Source>http://nypost.com/2017/09/21/facebook-will-turn-over-russian-linked-ads-to-congress/
Posted by theodore miraldi at 7:47 AM