LOCK One Up, Mr. Grassley

Congress has let lapse a unique power to compel 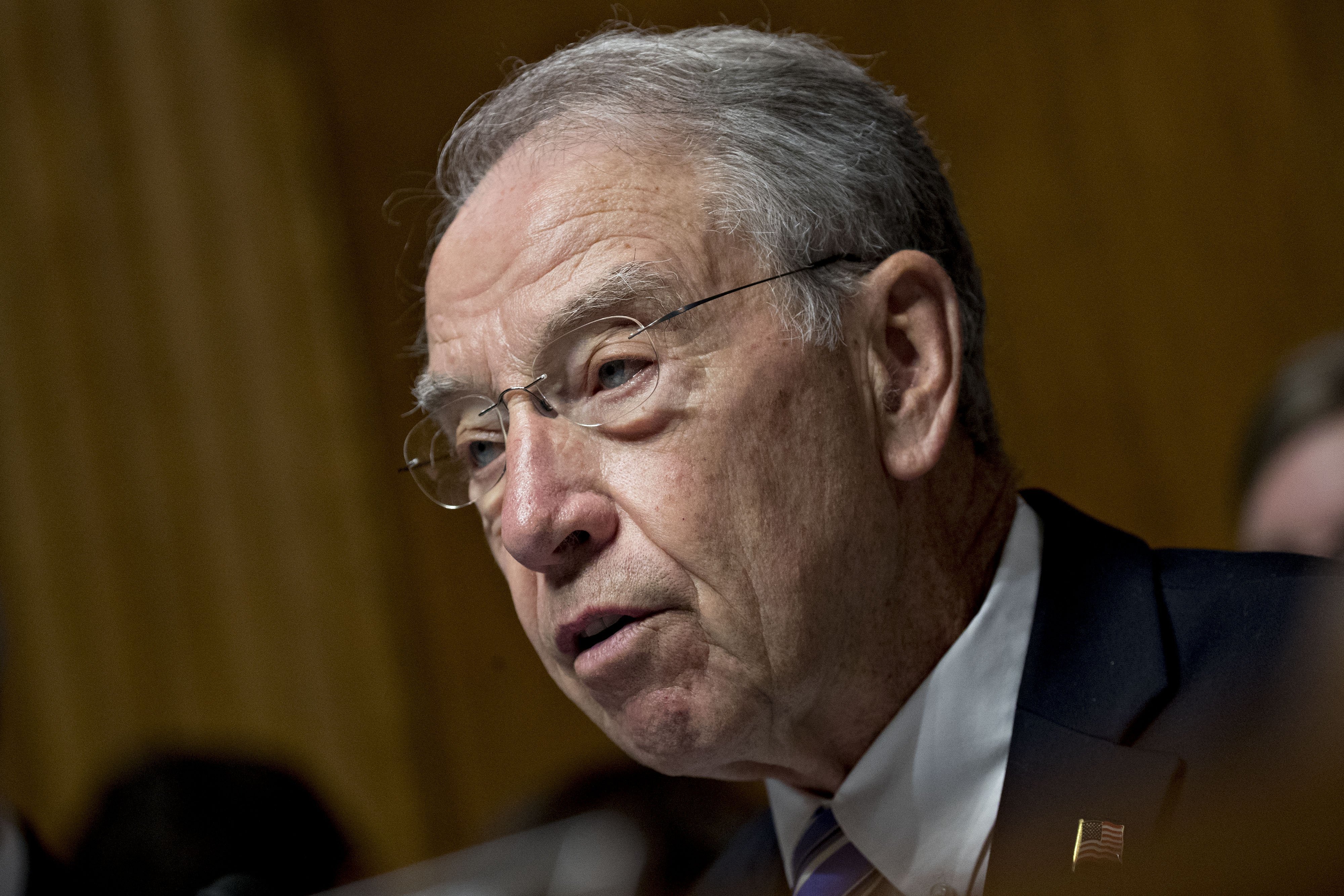 The Republican Congress must be taking lessons from Roger Goodell.
At the same time the NFL commissioner has let millionaire athletes make the league look ridiculous and the national anthem divisive, the GOP is letting an unelected special prosecutor make an end run around its congressional powers and prerogatives. It won’t get any better, either, until Congress resurrects its own playbook—and jails those who defy its subpoenas.
Alas, à la Mr. Goodell, some Republicans are egging on the very people undermining their own authority. A perfect example comes Tuesday at 10 a.m. in the Dirksen Senate Office Building, where the Judiciary Committee will consider two bad Republican bills that punt on one of Congress’s most vital responsibilities.
The first, sponsored by Sen. Thom Tillis (R., N.C.), is called the Special Prosecutor Integrity Act. The second, by Sen. Lindsey Graham (R., S.C.), is the Special Counsel Independence Protection Act. Each would make it impossible for President Trump to sack Robert Mueller without some review by a panel of judges.
Only one problem: It’s unconstitutional. Almost 30 years ago, in a stinging and solitary dissent about the illegitimacy of the independent counsel law, Justice Antonin Scalia noted the Constitution vests all executive authority in the president. Though Mr. Mueller’s special prosecutor is a much-watered-down version of the old independent counsel, the principle holds.
Scalia understood the argument that a criminal president couldn’t be trusted to investigate and prosecute himself or his staff. His remedy was for the other two branches of government, separate and coequal, to assert their own unique powers. Impeachment is one such power.
Another is inherent contempt, under which Congress may jail those who refuse to provide the information it needs. The Supreme Court in 1821 recognized that without the ability to hold in contempt and imprison those who refused its demands, Congress would be “exposed to every indignity and interruption, that rudeness, caprice or even conspiracy may mediate against it.”
That’s a fair description of where we are today, especially the notion that Congress should do nothing to jeopardize Mr. Mueller’s work. This gets it backward: Our democracy is rooted in the idea that it’s more important for the American people’s elected representatives to get the information they need than for wrongdoers to be held criminally liable. Which is why Congress can compel information from witnesses who refuse to testify, but what they say cannot be used to prosecute them.
Unfortunately Republicans helped put themselves in this fix by the way they fumbled on the Lois Lerner case. Though the House held the former Internal Revenue Service official in contempt for refusing to answer questions about the agency’s targeting of conservative groups, then-Speaker John Boehner took the cheap way out. Instead of ordering Ms. Lerner jailed until she talked or the session ended, Congress forwarded the matter to an Obama Justice Department the speaker knew would never take the case to a grand jury.
To their credit, there are now Republicans in Congress trying to get the real story on everything from Russia’s election-year meddling to the firing of James Comey. But their efforts are being frustrated by hostility from the press and a lack of cooperation from key witnesses and institutions, including the Trump Justice Department.
Take the Comey case. The then-FBI director was asked at a House hearing in September 2016 whether he’d made his decision to recommend not charging Hillary Clinton criminally “before or after” the FBI had interviewed her. He insisted it was “after.”
But now we have transcripts of Office of Special Counsel interviews with Comey associates who suggest he was sharing drafts of a Clinton statement months earlier. Senators have rightly demanded the FBI provide the unredacted transcripts. So far the FBI has stonewalled.
Meanwhile Devin Nunes, the California Republican who is chairman of the House Intelligence Committee, is threatening to hold Attorney General Jeff Sessions and FBI Director Christopher Wray in contempt unless they turn over information related to the Russia investigation. Mr. Nunes wants to know something perfectly within Congress’s rights to demand: what the FBI’s relationship with former British spy Christopher Steele was, and whether the now-discredited dossier about Mr. Trump that Mr. Steele produced was used to obtain warrants from a court under the Foreign Intelligence Surveillance Act.
Over in the Senate, Judiciary Committee Chairman Chuck Grassley (R., Iowa) says he may subpoena two FBI agents whom Justice won’t let testify before the committee about Mr. Comey’s firing. Mr. Grassley could well be the man who forces people to start taking Congress seriously: As a young senator, he cited Ronald Reagan’s attorney general, William French Smith, for contempt for failing to fork over documents related to the investigation of a defense contractor.
Where these investigations ultimately end up, no one can say. But until Congress backs up one of its contempt findings with detention, it invites Roger Goodell levels of cynicism.
Source>https://www.wsj.com/amp/articles/lock-one-up-mr-grassley-1506381224
Posted by theodore miraldi at 10:05 AM