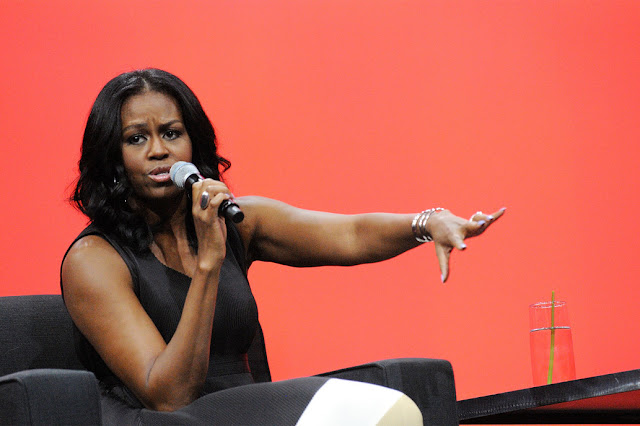 
Michelle Obama bashed female Trump voters for going “against their own voice” by failing to support Hillary Clinton in the 2016 president election, according to a report.
The former first lady made the comment during a conference in Boston, saying women who backed the GOP nominee chose what they were “supposed to like,” the BBC reported.
“Quite frankly, we saw this in this election. As far as I’m concerned, any woman who voted against Hillary Clinton voted against their own voice,” Obama said during a question-and-answer session.
Although a majority of white female voters backed Trump, Michelle Obama said “to me that just says, you don’t like your voice. You like the thing you’re told to like.”
The former FLOTUS, however, said now that Trump is the president she wants him to succeed.
“We want the sitting president to be successful because we live in this country,” she said. “He is our commander in chief, he was voted in.”
Source>http://nypost.com/2017/09/27/michelle-obama-bashes-female-trump-voters/
Posted by theodore miraldi at 7:44 PM