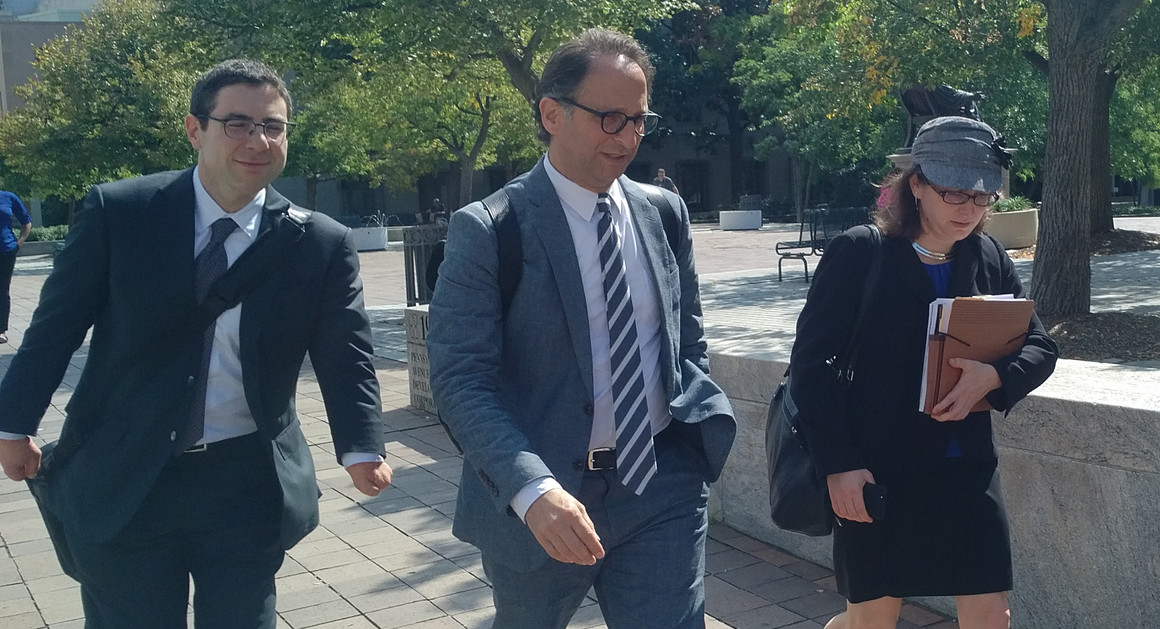 Three prosecutors working for Trump-Russia Special Counsel Robert Mueller, Adam Jed, Andrew Weissman and Kyle Freeny, depart U.S. District Court in Washington Friday.
Chuck Ross
Yet another Hillary Clinton and Barack Obama donor has been picked to work on special counsel Robert Mueller’s team of Russia investigators.
The latest hire is Kyle Freeny, a Justice Department attorney working in the agency’s international money laundering unit.
According to Politico, Freeny on Friday attended the grand jury testimony of Jason Maloni, the spokesman for former Trump campaign chairman Paul Manafort. Politico notes that Freeny is the 17th attorney identified as a member of Mueller’s investigative team.
Mueller, a former FBI director, is conducting an expansive probe into possible campaign collusion involving the Trump team, as well as possible financial misdealings on the part of former Trump associates, such as Manafort. (RELATED: Mueller Hires Yet Another Democratic Donor)
Freeny, who joined DOJ in 2007, has something in common with at least eight of her Mueller team members.
According to documents maintained by the Federal Election Commission, Freeny has donated in each of the past three presidential elections to Democratic nominees, Barack Obama and Hillary Clinton.
She donated $250 on three separate occasions, on Sept. 13, 2008, June 30, 2012 and Sept. 9, 2016.
For seven months in 2011, Freeny worked as an attorney in the Obama White House on security clearance issues.
Some Republicans, including President Trump, have criticized the Mueller team over its Democrat-heavy roster. While Mueller himself is a registered Republican, the nine lawyers who have given to Democrats have shelled out nearly $65,000 in donations altogether.
Trump, who is said to have mused about firing Mueller, commented on the donations back in June, telling Fox News: “I can say that the people that have been hired are all Hillary Clinton supporters. Some of them worked for Hillary Clinton. I mean the whole thing is ridiculous, if you want to know the truth, from that standpoint.”
Source>http://dailycaller.com/2017/09/16/mueller-picks-another-clintonobama-donor-for-russia-probe-team/
Posted by theodore miraldi at 10:01 AM